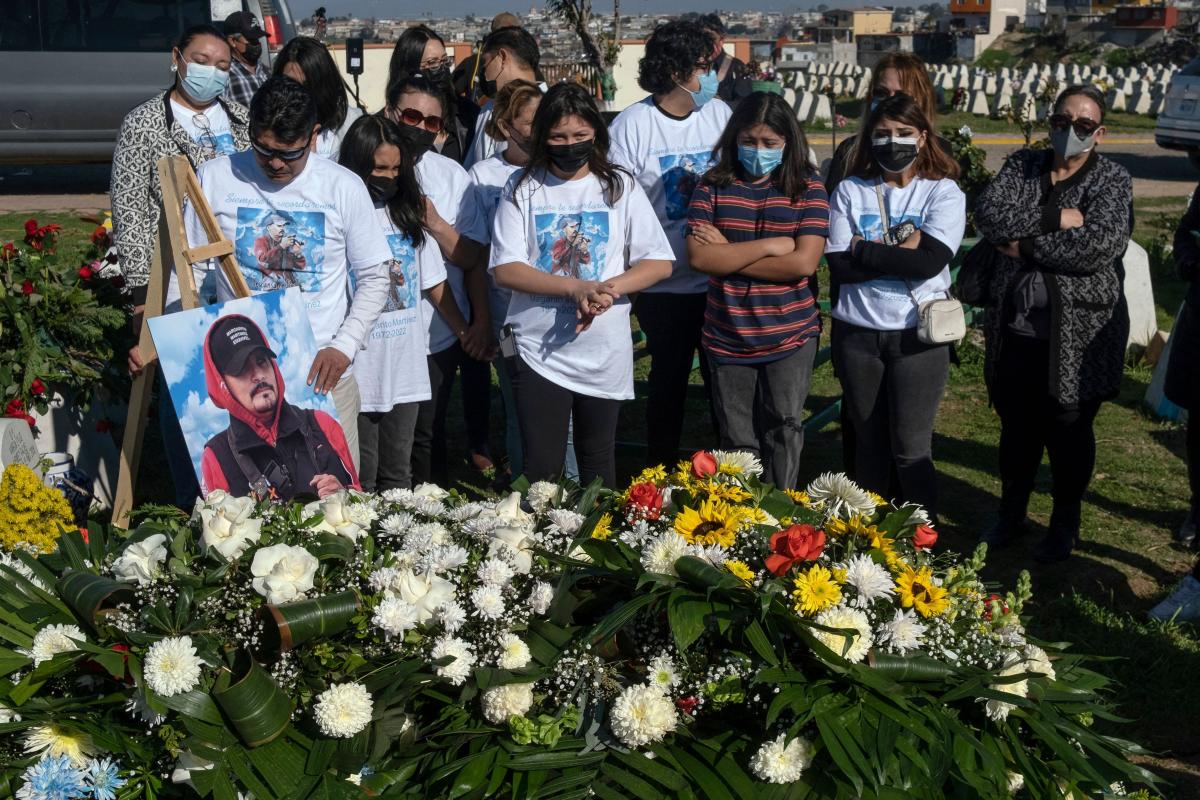 Editor’s note: This list includes all journalists murdered in Mexico, even those whose cases are not being investigated in relation to their work as journalists.

So far in 2022, 16 journalists have been murdered in Mexico in possible relation to their work.

The most recent case is that of Fredid Román Román, founder and director of the newspaper La Realidad in Chilpancingo, Guerrero. According to the General Attorney’s Office of the State of Guerrero, he was shot to death as he made his way from his office to his car on Monday afternoon.

While the victims’ families, Mexican journalists and journalism organizations continue to seek justice in each of these cases, the Mexican government only considers 13 of them to have been motivated by their work as journalists.

More: Why murdered journalists in Mexico should worry us in Arizona

The Mexican government has ruled out the cases of journalists Roberto Toledo, killed in Zitacuaro, Michoacan, on Jan. 31, Jorge “El Choche” Camero, killed in Empalme, Sonora, on Feb. 24 and Allan González, killed in Ciudad Juárez, Chihuahua, on Aug. 11.

Many journalists under threat have sought refuge elsewhere, even in Phoenix. In June, Juan de Dios García Davis and María de Jesús Peters, a married couple of journalists from the southern state of Chiapas, obtained a visa to enter the US and avoid joining the list of murdered colleagues in Mexico. They’ve since settled in Arizona and are seeking intervention from the Biden administration.

Independent groups like Article 19 and the Committee to Protect Journalists have documented at least 154 murders of journalists in Mexico since 2000, not including four recent deaths.

More: I survived when hitmen shot up my newsroom. Many journalists do not

Here are updates on the investigation of each journalist’s death:

He was found stabbed to death in the Port of Veracruz, Veracruz, on Jan. 10. Gamboa was the founder and editor of the news site Inforegio and was one of the founders and editors of the digital outlet La Noticia, according to the Committee to Protect Journalists.

As of Aug. 30, at least one suspect has been arrested.

Forced to flee: Mexican journalists seek to rebuild their lives in Phoenix

He was killed by a bullet to the head outside his home in Tijuana, Baja California, on Jan. 17. Martínez worked as a freelance photojournalist for local outlets such as Zeta Tijuana, La Jornada de Baja California and Cadena Noticias, according to the CPJ.

As of Aug. 30, 10 people have been arrested, three of which had already been suspected of orchestrating and carrying out the assassination

She was murdered outside her home in Tijuana, Baja California, on Jan. 23. Maldonado covered politics and corruption for different local outlets and had started a podcast called Brebaje, according to the CPJ.

Days before her death, she publicly announced that after nine years she had won a case against former Baja California Gov. Jaime Bonilla. After Maldonado’s death, the governor defended himself and said that he was willing to cooperate with the authorities. So far, it is unknown if there is a line of investigation against him or if he has been called to testify in her murder.

As of Aug. 30, three people have been arrested and are believed to be responsible for executing the journalist.

He was shot just outside the building that houses the newsroom he worked for in Zitacuaro, Michoacan, on Jan. 31. Toledo was a writer and video editor at the news site Monitor Michoacán – the same outlet where Linares worked.

His homicide was ruled out by the Mexican government as being motivated by his journalistic work. According to reports from the Michoacan prosecutor’s office, Toledo worked in a law firm, not as a journalist. Linares denied that report and publicly stated that Toledo was a regular contributor to the news outlet.

He was shot to death while entering his home in Salina Cruz, Oaxaca, on Feb. 10. López founded the news sites NoticiasWeb and RCP Noticias, according to the CPJ.

As of Aug. 30, two suspects were arrested in connection with his murder.

He was shot to death when he was inside a gym in Empalme, Sonora, on Feb. 24. Camero was the editorial director of the news site El Informativo.

As with the Toledo homicide case, the Sonora prosecutor’s office does not consider that Camero was murdered because he was working as a journalist.

He was killed when he was driving a taxi since he also worked as a driver in Fresnillo, Zacatecas, on March 4. Muñiz was a reporter for Testigo Miner, a local digital newspaper.

He was shot by armed individuals who entered his home in Zitacuaro, Michoacan, on March 15. Linares was the director of the news site Monitor Michoacán.

Weeks before his murder, Linares had shared several videos on social media denouncing the murder of his colleague Toledo and the lack of protection provided to journalists by the Mexican government.

As of Aug. 30, there have been no arrests, but prosecutors have identified the suspected murderers through videos of the incident.

He was beaten to death in Culiacán, Sinaloa, on May 5. His body was found on a dirt road wrapped in black plastic. Ramírez Ramos was a political columnist for the newspaper El Debate and director of the online news site Fuentes Fidegnas. He had more than 40 years of experience in some of the most important news outlets in the country, such as El Financiero and La Jornada.

As of Aug. 30, at least one person has been detained, suspected of knowing the people responsible.

Mollinedo and García were shot to death on May 9 outside a store in the municipality of Cosoleacaque, Veracruz. Mollinedo was the news director of the portal El Veraz, while García worked as a reporter and cameraman for the same outlet.

As of Aug. 30, at least two suspects have been arrested.

De la Cruz and his 23-year-old daughter, Cynthia de la Cruz, were shot when they were driving home in the city of Ciudad Victoria, Tamaulipas on June 29. Antonio de la Cruz was pronounced dead that day. His daughter was hospitalized and died days later. De la Cruz was a 15-year journalist at the news site Expreso-La Razón.

Méndez was shot and killed on Aug. 2 inside his family’s bar in San Luis de La Paz, Guanajuato. He was the director of the news site Tu Voz.

González was shot to death on Aug. 11 in the border city of Ciudad Juárez, Chihuahua, during a series of attacks on citizens throughout several cities. González was a radio host on the radio station Mega Switch.

He was broadcasting live when attacked and murdered. Similar to the cases of Toledo and Camero, the Mexican government has ruled out his case as being motivated by his journalistic work.

Arjón López’s body was found on Aug. 16 along a highway near the municipality of San Luis Río Colorado, in the northern border state of Sonora. Ajrón López was the director of the news site “A qué le temes” (what are you afraid of?).

The General Attorney’s Office of the State of Sonora has not disclosed further information regarding the case but said his body showed signs of blunt force trauma.

Román Román was shot to death on Aug. 22 as he made his way from his office to his car in Chilpancingo, Guerrero. He was the founder and editor of the newspaper La Realidad.

This article originally appeared on Arizona Republic: Who are the journalists killed in Mexico in 2022?