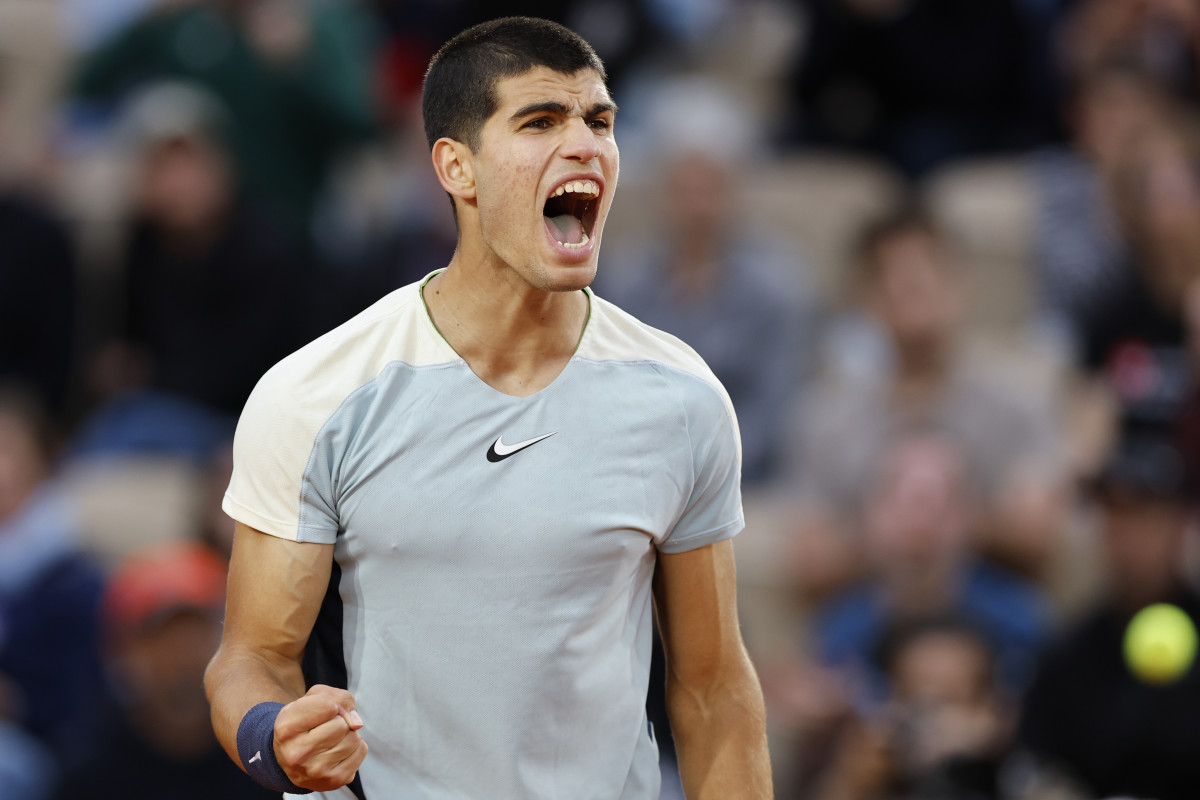 As it is written, Wednesday is Mailbag Day.

What becomes of Rafael Nadal. I know you and Paul Annacone kept saying, “He has yet to lose a match at a Major in 2022.” But after Monday’s defeat he hasn’t won a tournament since Roland Garros, he has been injured, and he admitted to being old. Is it possible Rafa has played his last match and we just don’t know it yet?

Well…it’s easy to make like Nadal and apply considerable spin. On the one hand, he is the defending champion at two of the four Majors (Australia and the French Open); he might regain the No.1 ranking next week; he can play at 70 percent and still win Roland Garros; he is perpetually minimizing it, but he has to know that he has a narrow lead in this historical contest. He often breaks down the last third of every season. In short: no worries.

On the other hand…. Nadal turns 37 (!) during the 2023 French Open. He is the expectant father. The ride has to end sometime. This past year alone he had a fractured rib, Covid, and an abdominal injury. Beyond that, as the reader notes, he has alluded to the fact that he is aging. The money quote from Monday: “Tennis is a sport of position. You need to be very very quick. And very young. I am not in that moment any more.” Oof.

Our best guess? He fulfills his commitment and plays Laver Cup. Then he shuts it down for 2022. He stays home, becomes a father and comes back for one more season. But who knows? Nadal himself admits that he doesn’t.

Any inside info or gut feeling does Roger Federer retire at Basel or Laver Cup or keep playing?

Federer—on the entry list both for Laver Cup and Basel—has been outspoken about his desire to play Wimbledon once more. I take him at his word.

I saw some of the US Open on ESPN yesterday. It should be renamed The Hollywood Open as it’s just a show, I mean Nick Kyrgios has a starring role.

A lot of “stars in the stands” during Week One, mostly because of Serena. Tiger Woods, Ben Stiller, Spike Lee, Mike Tyson, Russell Wilson, the cast of Succession. So it goes. If this gives tennis this patina of cool, so much the better.

I love electronic line calling, but the machines seem far from infallible…is there any scenario in which the umpires would strike back? Haven’t watched nearly enough coverage, but saw a service line call in Tiafoe-Schwartzman that appeared wrong in the extreme…not even close, as both players just stopped and stared, and several more dubious calls happened in quick succession at the same end in the same match. Do the machines, like officials, get a post-match and mid-tournament review?

All the best, Leif Wellington Haase

I feel for the officials who have been automated out of their jobs. But optimizing accuracy has to take precedence. If there were some egregious error that caused us to rethink this move—think: driverless cars that malfunction—then, sure, we can forego technology. But right now? Electronic line calling looks like it is here to stay.

I’m curious about your take on the coverage of Nick Kyrgios at this year’s open in light of the assault charges leveled against him by his former girlfriend. It seems like that issue and his behavior during matches is getting a free pass in deference to his tennis brilliance. It’s hardest watching former players like McEnroe and Evert, who I respect immensely, moon all over him. But it got me wondering if as former champions they were able to compartmentalize different aspects of their life to win and so maybe that’s why they are doing that in thinking about this case? Ie. “Well-he does try to intimidate officials, and bullies his box into supporting him and allegedly commits domestic violence, but man does he have the eye of the tiger right now!”

Forgive the name drop. I was speaking with Joe Buck the other day and the topic of Deshaun Watson and calling Cleveland Browns games came up. He made the point that for some people, it’s hard to take Watson seriously when you have these horrific allegations of sexual assault and an independent investigator basically calling him a predator. For other viewers, it’s “enough already, can’t you just let the guy be a football player without referencing the scandal?”

It’s similar for Kyrgios. For some, it’s hard to celebrate his run of summer tennis when these dark allegations loom. For others, these are mere allegations and don’t color the tennis one bit. Even if we agree there’s a middle ground—we don’t ignore serious charges; and they don’t need to be referenced every time Kyrgios’ name is mentioned—where’s the line? Once a match? One set?

At some point there will be a matter of public record with a legal disposition. The Australian authorities will mount a formal case. Or not. Kyrgios will be convicted. Or not. Fans can decide how they feel. (The trickier case: Alexander Zverev in which there is no public record and no legal process.) I don’t have a bright line answer. Is there something distasteful about going an entire match without making mention of serious allegations? Yes. But to what extent should Kyrgios’s summer be discounted and undermined because of allegations that, as of today, are unproven?

The new low ranking of Emma Raducanu shows that the WTA points system favors those who win three rounds in any type of WTA tournament disproportionately compared to those who win one or two rounds. (Emma not having managed a string of three this year). So if you have 18 wins in a season, you are much higher ranked if these come in six tournaments (c.1110pts – ranking c.45), with no further match wins, than 18 wins in nine tournaments (c.660pts – ranking c.90), with no further match wins.

Quite a difference for winning the same number of matches per year!

Perhaps there should be more credit for second round wins?

Here’s a point that perhaps we ought to stress more: the tours are partnerships between tournaments and players. The players have a say—in theory a 50 percent vote—on policy. If the rankings were/are manifestly unfair, the players are empowered to change the status quo.

I write this while watching Shapo go deep into a 5th set with Rublev. Not since Federer have I seen somebody with a single-handed backhand hit so many half-volleys from inside the baseline. He generates such easy power and just seems to go for broke at every single opportunity. What do you reckon about Shapo’s prospects of winning a slam? He got to the semis at Wimbledon, he is definitely on the up and up on the faster surfaces. A bit of a hot-head, meaning he can throw in a random ill-advised double-fault, but if Kyrgios can put it all together enough to reach the SW19 final, I can totally see Shapo going one better. Such easy power. Not since Feliciano Lopez have I seen such a beautiful single-handed lefty backhand. So much to like here. I hope he takes this to the next level, and soon!

I’m not sure the Kyrgios comparison quite works. Shapo (who lost that match against Rublev, of course) doesn’t have the Kyrgios’ delta—who does?—despite having the mix of obscene talent and extraordinary capacity to self-sabotage. The backhand is a thing of beauty. It also can break down under pressure.

Coincidence or not, Shapo played that titanic match against Nadal in Australia. He lost a five-setter, lost his cool, and hasn’t been the same player since. He came into the Open 19-18 on the season and ranked outside the top 20.

I’m sure you get hundreds of messages, but I hope you can address this one, if you haven’t before. I’ve noticed that some players struggle with English when they’re interviewed on court at the US Open. As an example, Carlos Alcaraz’ English is getting better, but he still struggles sometimes. This makes sense—all that post matches adrenaline, the noise of the crowd, etc., and then you have to speak a second (or third, etc.) language? I’ve wished that he could just speak freely in his own language, and that a translator was there to help.

This happens often in baseball with Japanese and Cuban (I think?) players, why not in tennis? And especially at the US Open in NYC, where there is so much diversity there (and presumably translators available)?

Would love to hear/read your thoughts,

I had an interview earlier this summer with Alcaraz. He was lovely and wanted to conduct the interview in English. A translator was on hand, but he essentially waved her off. Which was admirable of him. But it meant that some of the exchanges were, literally, lost in translation. I think that, when possible, you defer to the players here. If they want translation, try to accommodate. If they want to try English (or another language) let them.

After this year’s US Open, who’s hitting the reset button and who needs to hit the panic button? FAA, Tsitsipas, Hurkacz, Fritz, Raducanu, Krejcikova, Sakkari, Badosa, Wawrinka. Others?

Who else had a disappointing Open? I’d add Simona Halep, Sloane Stephens, maybe Dominic Thiem? Some players are dinged up physically. Some, like Wawrinka, are simply getting on in years. Some can chalk this up to a fluky event (Fritz?). Some (Osaka) might benefit from a real conversation about what tennis means to them right now.

This is always tricky for players: do you take time off and reset? Or do you try and stanch the bleeding by playing? Consider, say, Tsitsipas, who has had such a strange year, filled with some highs, and several perplexing lows. He can troll for points and try to finish the year on an up note, exorcising the banshees and bad memories. Or is he better served taking some time off and getting away from the sport for a few weeks or even months?

Insofar as Serena holds the record of having won the Miami Open eight times (more than any other player, man or woman), what are your thoughts on naming one of the courts in her honor?

Done. Add to this the fact that Serena has earned millions in commissions for her agency, IMG, which also owns the Miami sanction.

“Yay!! The pre-match tunnel interviews are back!” …said no one ever.

“I just have to play my game….She’s obviously a very good player so I’m going to take nothing for granted…It’s a big opportunity for me but I can’t think about anything besides the next point….Can I leave now?”