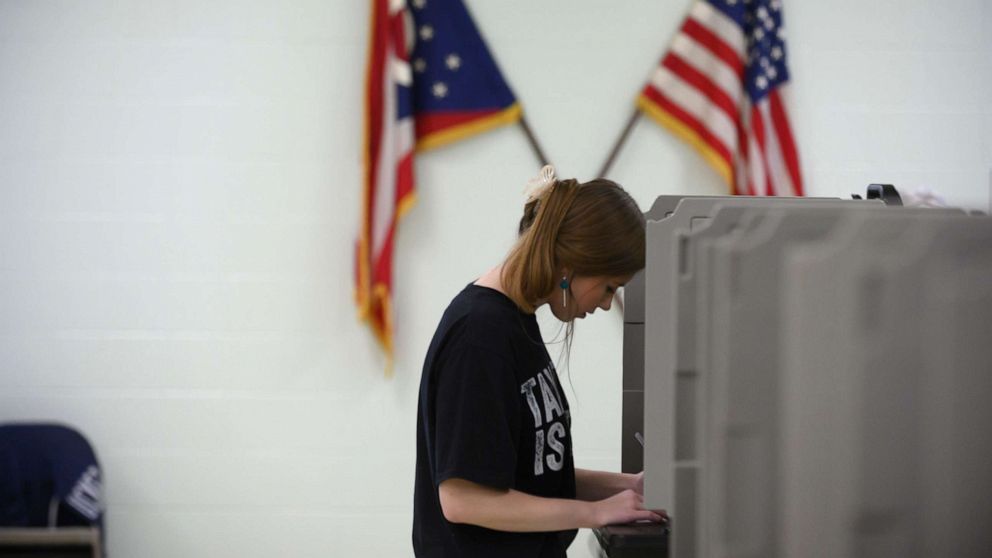 The battle over a Senate seat is hot in swing state Ohio. Democratic nominee Rep. Tim Ryan is locked in a competitive race with Republican opponent JD Vance, who picked up $28M in airtime funding from a PAC aligned with Senate Minority Leader Mitch McConnell.

ABC News hit the campaign trail, asking young voters in Columbus and at Ohio State University, about the issues that matter most to them in the midterm elections.

This year’s midterms are slated to be the most consequential yet as the fate of abortion laws are now in the hands of the states after the Supreme Court overturned Roe v. Wade.

“A lot of women don’t even know they’re pregnant until after six weeks. I think that is odd, cruel and it’s clearly laws made by people that have never had babies,” said Ashley McCoy of Columbus, referring to the state’s six-week abortion ban, which makes the procedure illegal after fetal cardiac activity is detected, with no exceptions for rape or incest.

“I understand pro-life and I’m all for that if that’s what you believe in, but you can’t force it on the masses. It’s not right,” added McCoy.

Rising costs of living and unemployment rates are also prime sources of concern for voters like Kristyn Schweitzer, an Ohio native.

“My husband and I had to scale our lives back after COVID because of layoffs,” said Schweitzer. “I think it says a lot that inflation and interest rates have gone up because it’s hard to get a foothold. We’re surviving but it’s not comfortable.”

Law enforcement’s treatment particularly of Black men is another issue that concerns some Ohioans, as the Columbus Police Department is now under fire for the fatal shooting of Donovan Lewis — a Black man fatally shot by police Tuesday, released police body camera footage shown.

Andrew Pierce, a senior and the student body president at Ohio State University, says it is time to have a conversation about what policing looks like going forward.

“How do we move with the police but also how do we just create a safe society for everybody?” said Pierce.

And President Joe Biden’s plan to cancel up to $10,000 in federal student loan debt was also on the minds of students, who applauded the plan, but some said they also believe more could be done to alleviate the burden.

“I feel like right now $10,000 is a lot of money, but also it’s still nowhere near the amount that students here regularly accumulate,” said Zoe Lawler, a senior at Ohio State University who is majoring in genetics. “Ten thousand dollars. It’s like a drop in the bucket,” Lawler said.

“I think the economy has always been at the top of lists that Ohioans are concerned about, in part Ohio is a state that has lost so many well-paying manufacturing jobs,” he said.

Asher also said the issue of abortion may be a “liability” for Republicans, in part because of what various state legislatures are doing now that they have the power to determine access to the procedure, which may turn off some voters.

“Once the Supreme Court said Roe v. Wade is overturned, that didn’t ban abortion,” said Asher. “That just sends the issue back to the states. And a lot of the states are doing some really, very restrictive, very conservative and in some cases, very extreme things.”