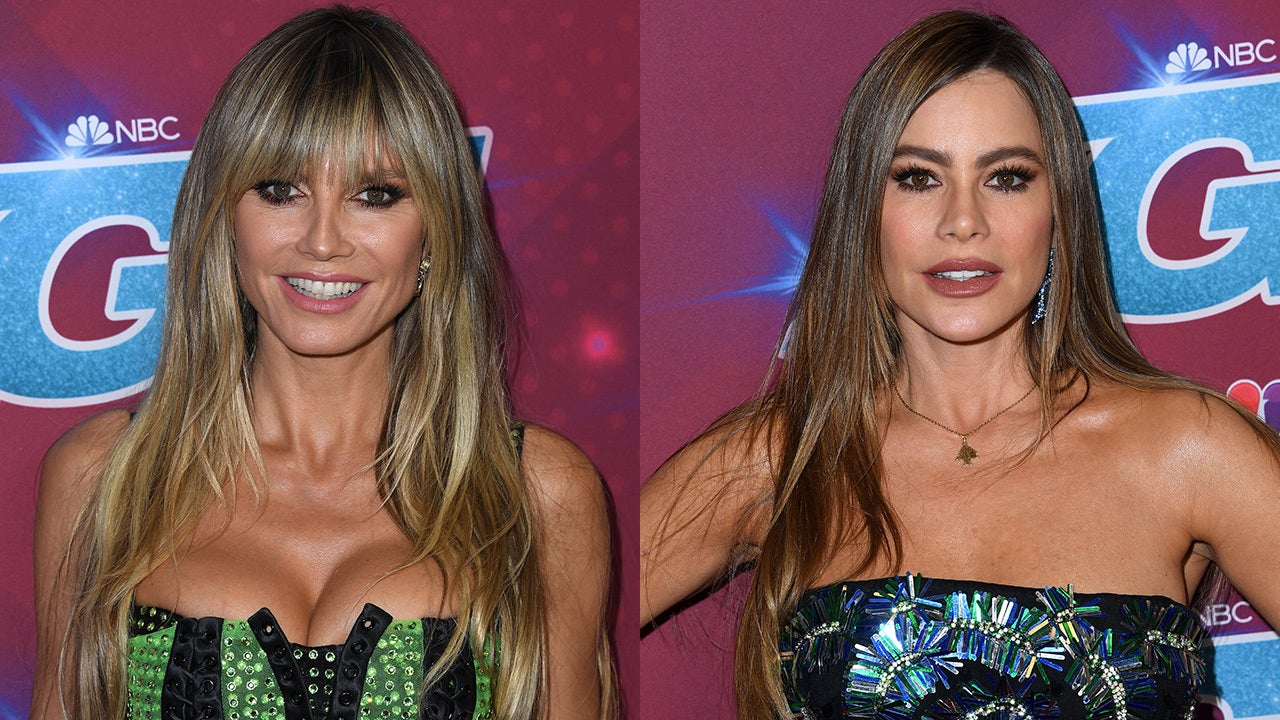 The 50-year-old actress talked about comparing herself to Klum, 49, in an interview with Fox News Digital after the talent competition show’s season 17 finale on Wednesday night.

“I mean, Heidi Klum, have you seen her? It’s like, God, she’s a supermodel!” Vergara exclaimed while on the red carpet at the Sheraton Pasadena Hotel in Pasadena, California.

The “Modern Family” alum has previously admitted that she prefers that the 5’9 “Project Runway” host not stand next to her when she is wearing high heels.

‘AMERICA’S GOT TALENT JUDGE SIMON COWELL REMEMBERS QUEEN ELIZABETH II: ‘I HAVE SO MUCH RESPECT FOR HER’

“Where is she?” Vergara asked. “I try to do the red carpet when she’s gone. Even when I wear the highest high heels!”

On Wednesday, the Lebanese all-women dance group Mayyas were named the season 17 winners at the end of the show. Australian pole dancer Kristy Sellars was the runner-up, marking the first time that the top two spots were won by women.

Vergara told Fox News Digital that she was “so excited” for the Mayyas. “I feel like I trained them or something like that because I get so attached to them,” she said.

She continued, “I was so excited for them. I think these girls deserved not only to be on ‘AGT’, but I think they deserved to win.”

“They are so good, the amount of work that is behind their performance, there’s no comparison to any of it,” she said.

Vergara also weighed in on what she thinks it takes to win “AGT”. “Creativity, talent, good luck.”

“And that America falls in love with them”.

The Lebanese all-women dance group Mayyas were named the season 17 winners at the end of the show.
(Getty Images)

Klum told Fox News Digital that she also believed that America had gotten it right. “They were incredible. Like, I said before, they were Vegas-ready. I think they are an amazing addition to ‘AGT’ in Las Vegas”.

“There’s an amazing show already there with a lot of our favorites from the past and they will join now and I think it will be even more amazing.”

Klum said that seeing the Mayyas perform for the first time during the auditions was her favorite moment of the season. “They are just magical,” she explained.

“Normally you see dancers and it’s all quite like flat on the ground. They were always piling on top of each other, creating new shapes and things, you know. It was a surprise over here and a ‘Wow’ over there.”

“They really brought something special to the show,” she added.

The former Victoria’s Secret Angel also provided an update on her daughter Leni, who recently started her first year of college New York City. In addition to attending college, Leni is also following in her mother’s footsteps as she pursues a career in modeling.

“She’s doing double duty right now, doing all of that,” Klum said. “And next week, we are flying to Milan for Milan Fashion Week. She’s working there so I’m excited to go and watch her there. It’s fun.”

Klum recently reunited with her daughter in Manhattan as they attended the Daily Front Row Awards together during New York Fashion Week.

“AGT” judge Simon Cowell pointed out that he had predicted the Mayyas would win the competition.

“It was like a wave, wasn’t it? Of just sheer talent and joy and amazement,” he mused to Fox News Digital.

“Something we’ve never seen before. I think everyone who experienced this was just gobsmacked,” he added.

“I heard how many hours they had to put into this,” Cowell continued. “There are so many people in the group.”

During the semi-finals last week, “AGT” judge Howie Mandel had proclaimed that the Mayyas were the best act he had ever seen in all his years on the show.

He continued, “And when I say the world, if you look at the numbers digitally, on YouTube and Facebook and wherever, there are hundreds and hundreds of millions of clicks.”

“Everybody wants to watch them and now people have an opportunity to go to Vegas, to the Luxor and see them live. They are worth the price of admission just alone but we have the entire ‘AGT Live’ show there.”

“They changed dance forever,” he continued. “It’s a whole new style. I think people are going to be copying this. They are going to be trying to do their version of what the Mayyas do but you have to go to Vegas now to see the Mayyas forever.”

Crews went on to praise the group for persevering through the adverse conditions that they faced their home country while working on their act.

“They come from such adversity. I mean, there were times that they could only rehearse for an hour because they only had electricity for an hour a day,” he explained.

“People don’t even know all the stuff they had been through in Lebanon. And to come here, and become the “AGT” champion and now have a home in Vegas where they can make this act bigger and better. It’s brilliant.”

Crews said that he believed that the group’s act was the “perfect theme” for the Luxor Hotel in Las Vegas, which is home to the “America’s Got Talent Las Vegas LIVE” show.

“It’s going to be so romantic and beautiful and stupendous,” he added.

Ashley Hume is an entertainment writer for Fox News Digital. Story tips can be sent to ashley.hume@fox.com and on Twitter: @ashleyhume