During the morning routine at Deacon’s place, he says to Sheila, “Take it easy there, Stumbledore, you don’t want to have a nasty fall.” Sheila muses about whether it’s wise to tease a woman who’s willing to cut off her own toe to stay out of prison. Deacon’s creeped out by her prosthetic mask and says it’s disturbing the lengths she will go to, to get what she wants. Sheila advises him to remember that. She starts talking about seeing Finn and Deacon orders her not to even think about it. Sheila reminds him she has a disguise. Deacon counters that he was drunk and Hope thought she seemed familiar when she came in there. He groans as he realizes his phone is dead and he has to go to work. He warns Sheila to lay low and not to anything that will get them thrown back into prison while he’s gone.

At Il Giardino, Li ruminates about Sheila having been pure evil over lunch with Finn. He takes her hand and reminds her it all turned out okay. She’s surprised he chose this restaurant after what happened in the alley. Finn won’t let that hold him back and teases that they have the best ravioli. She notes his light never dims and he tells her he has a second chance all thanks to her. Li finds it a miracle he’s alive. Finn guesses that makes her a miracle worker. 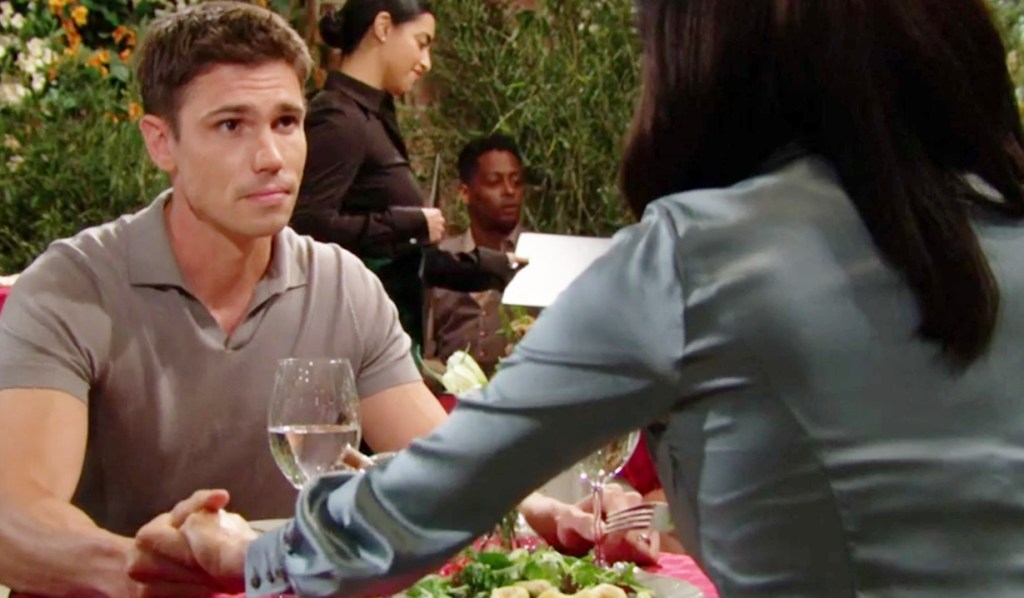 At Brooke’s place, she can’t believe Hope was okay with Douglas spending another night with Thomas. She’s getting worried that he has no intention of bringing the boy back. Liam assures Hope that they’re just concerned like she is. Brooke thinks it’s time Douglas came home. Hope agrees and relays that she spoke to Thomas about it yesterday. She feels Thomas has changed and explains that he asked her to come by the Forrester mansion today and see how happy Douglas is there. Brooke lets out an exasperated sigh.

More: Plot twist ahead for Deacon?!?

At the Forrester estate, Taylor tells Douglas his artwork is spectacular. Thomas and Eric look on grinning. Douglas complains that when he got back to the house all of his paintings were gone. Taylor will go get him all new supplies. “Paint can get really messy when you’re on a mission.” Eric tells Douglas he’s an amazing artist and is definitely a Forrester. Douglas thanks his great-grandfather for letting him stay — he’s having the best time there with his dad. Thomas beams. Eric assures the boy he can stay there as long as he likes, and they make plans to draw together. Thomas sends the kid off to finish his reading and the adults discuss how great he is — he reminds Eric of Thomas at that age. Thomas laments that they’ve lost so much time together. He doesn’t want to be apart from his son another day. 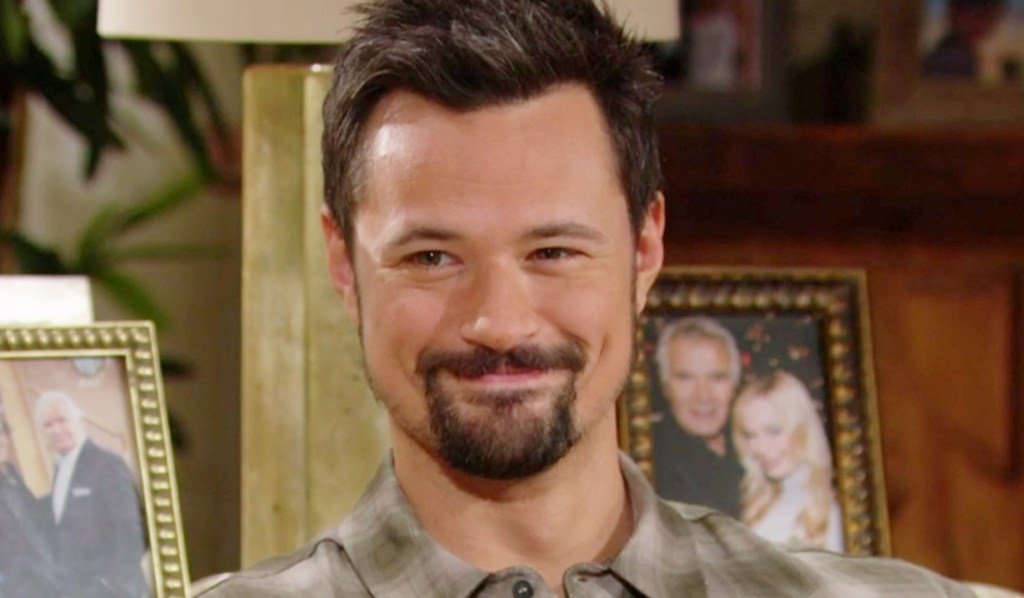 At Il Giardino, Li understands that Sheila’s death is complicated for Finn — she was a monster but also his birth mother. Finn recaps how she showed up on his wedding day and it was one nightmare after another. He wishes things were different and had hoped to find some good in Sheila, but there was only darkness. I thank God the nightmare is finally over.

At Deacon’s place, he and Sheila continue arguing over whether or not her disguise works. She’s convinced Hope didn’t have a clue who she was.

At Brooke’s place, Hope doesn’t want a custody battle — she just wants Douglas to be happy and healthy. Brooke vows that Thomas wanting the boy with him is more about himself than his son. Hope says that’s why she’s taking him up on his offer. Liam asks, “You’re going over to Eric’s?” Hope plans to pay them a surprise visit.

At the Forrester manse, Thomas knows he wasn’t fit to raise Douglas before, but he’s ready now. He’s lived with Hope for so long, it’s time for him to come back to him. Eric warns he could be in for a custody battle, but Thomas is confident he can convince Hope that he belongs there.

At Il Giardino, Li loves her get-togethers with Finn but laments that they spent the whole time talking about Sheila. Finn thinks it’s good to talk about it and get it out. He’s been talking to Taylor about it and recaps again what they went through. They express their love for each other and reiterate how great it is that they’ll never have to deal with Sheila again. 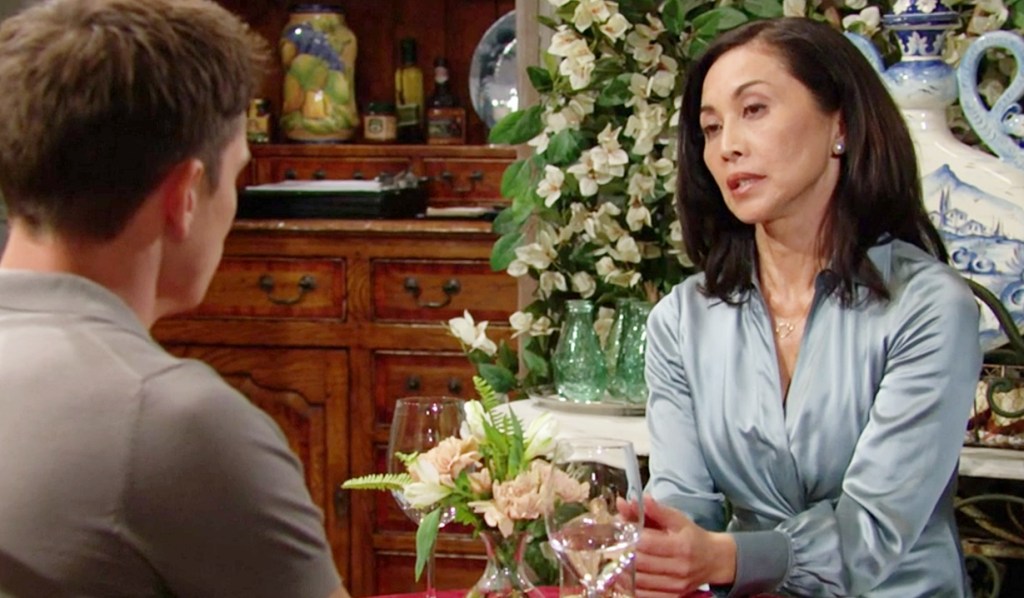 At Deacon’s place, he knows Sheila needs to see Finn again, but she can’t — it’s too dangerous. He tells her to be good and leaves for work. Sheila realizes Deacon forgot his phone and tries to call after him but she’s too late.

At Brooke’s place, Liam tells his mother-in-law that he’ll trust Hope whatever she decides… but he doesn’t trust Thomas and never will. They’re talking about Douglas’ well-being here. Brooke agrees. Liam realizes Hope has an amazing capacity for forgiveness and he doesn’t want Thomas taking advantage of that to convince her to let Douglas stay with him. Brooke vows they can’t let it happen. She fears for the boy if he’s taken from Liam and Hope’s home. 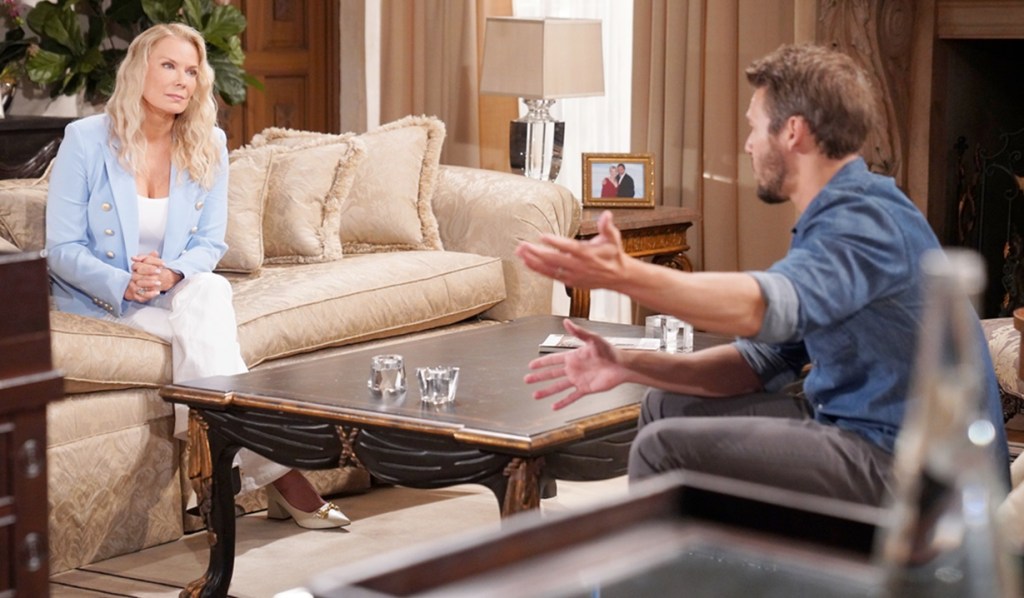 At the Forrester mansion, Thomas thanks Taylor for always being there for him. She will always support him and believes with all her heart that he can provide a loving home for his son. Hope sneaks in as they’re saying this. Thomas notices her and Taylor exits. Hope tells Thomas she’s taking him up on his offer. He knows this isn’t easy for her and thanks her for giving him a chance — giving him and Douglas a chance.

More: An unthinkable relationship for Liam?

At Brooke’s place, Liam admits to her that he hates the idea of ​​Thomas and Hope alone together still. Brooke thinks it would be foolish not to keep their guard up. Liam is however, supportive of Hope going over there in this one instance, so she can see with her own eyes what the deal is with Thomas and Douglas. 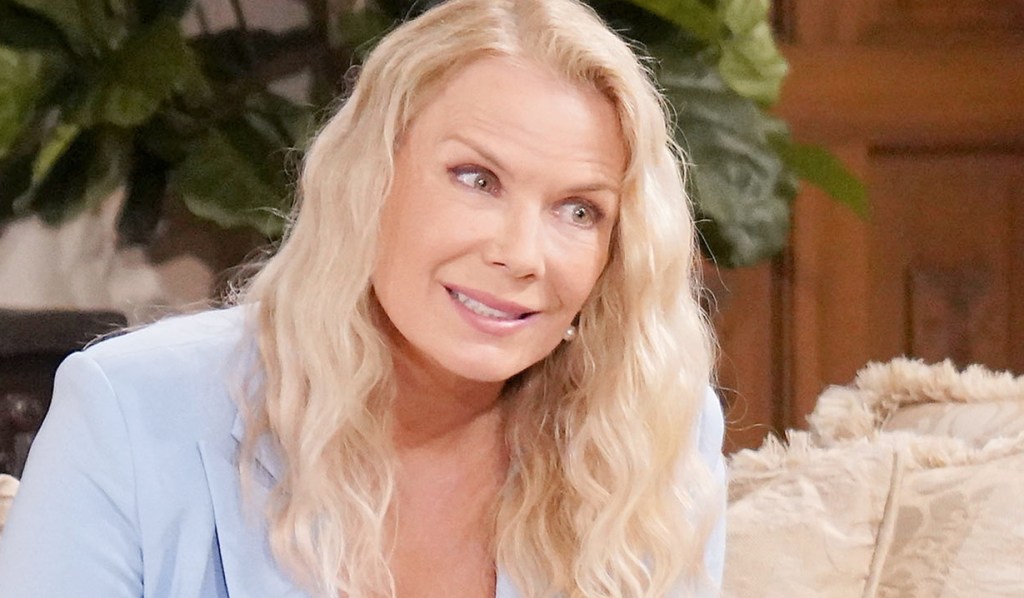 At the Forrester mansion, Thomas tells Hope all the fun things he and Douglas have been doing. Douglas runs into the room excited about having learned that spiders aren’t insects. He spots Hope and gushes his thanks for letting him stay there — he’s having so much fun!

At Deacon’s place, Sheila puts the final touches on her disguise, grabs her jacket and Deacon’s phone and heads out.

At Il Giardino, Deacon comes up to Finn’s table. The doctor gets up and hugs him. He saved his life and his entire world. Deacon was in the right place at the right time and thinks Finn’s a walking miracle. Deacon is asking after the wife and kids and Finn brings up Sheila’s death just as Sheila shows up behind Finn’s back waving Deacon’s phone. Deacon’s expression changes and Finn asks, “Is something wrong?” before turning around to see what he’s looking at! 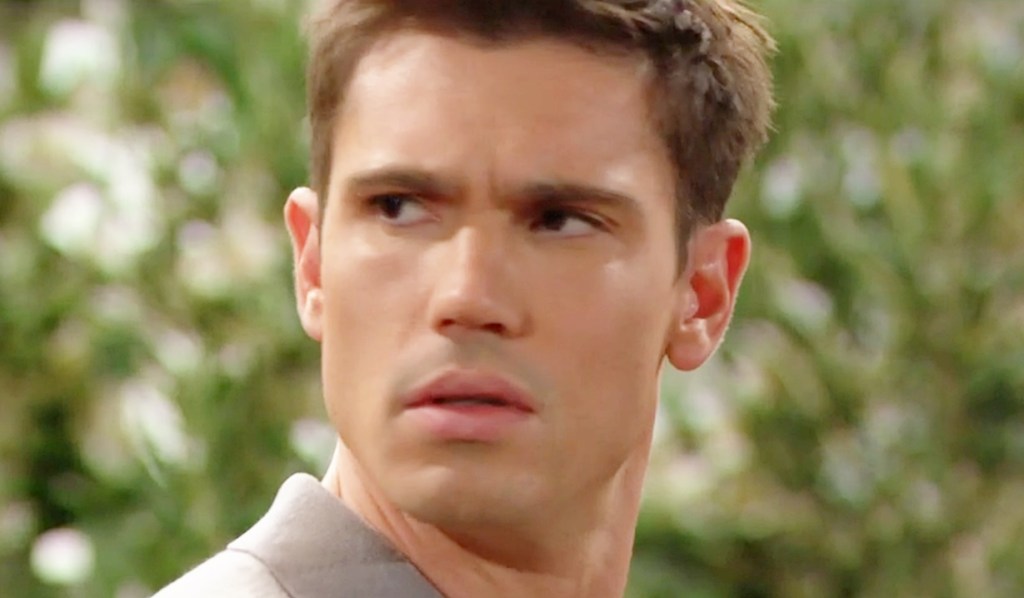 Next on The Bold and the Beautiful: Hope continues her visit with Douglas at the Forrester mansion and a frantic Deacon tries to block Finn and Bill’s view of Sheila.

ICYMI: Look back over Brooke and Taylor’s history of scraps over the years in the gallery below.

Please note that if you purchase something by clicking on a link within this story, we may receive a small commission from the sale.

Miss today’s episode? Catch up via Paramount Plus.