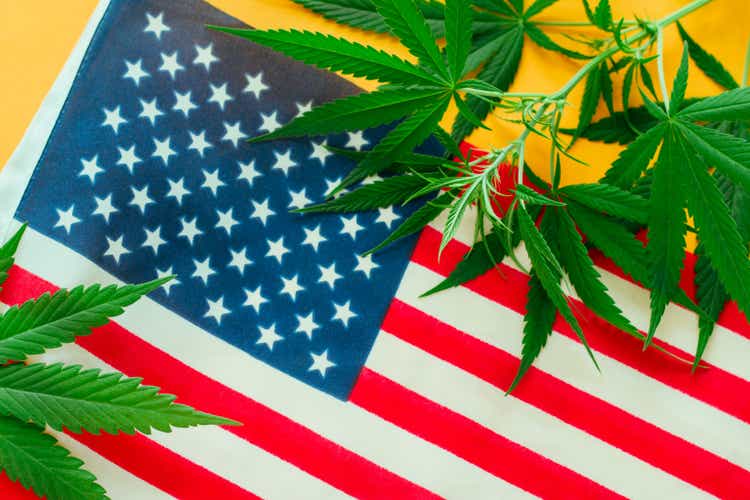 A recently published study found that each cannabis legalization event that happened between 1996 and 2018 in the US caused generic and branded pharma companies to lose ~$10B in market cap on average, implying a sales impact of $3B.

Scientists argue that their findings, that highlight the market’s recognition of cannabis as an alternative to conventional medicines, point to the need for additional research into the therapeutic potential of cannabis.

In the US, cannabis is classified as a Schedule I drug federally, with no currently accepted medical use for treatments and a high risk of abuse. While 38 states have approved cannabis for medicinal purposes, 18 states and the District of Columbia have enacted measures to regulate its use for non-medical purposes by adults as of November.

The peer-reviewed study, published in the journal PLOS ONE last week, was conducted by the researchers at California Polytechnic State University and the University of New Mexico using daily stock return data for 556 pharma companies for Jan. 1996 – Dec. 2019. A subsample included 91 firms, of which 75 were generic drugmakers, and 16 were brand drugmakers. In the primary sample, the companies had an average market value of $8.9B and average annual sales of $945M.

The researchers looked at how stock returns changed around 45 state cannabis legalization events that happened between Nov. 1996 and Nov. 2018, excluding 2016, when the election of President Donald Trump rallied pharmaceutical stocks.

Data indicated that each cannabis legalization event had a ~63M impact on a firm’s market value, implying a $9.8B total impact across all firms per event. Based on the drugmakers’ historical price-to-sales ratios for the year of legalization, the finding suggests a $3B loss in annual sales for all drugmakers per event.

According to researchers, the data indicate why market participants should monitor the evolving legal landscape of cannabis as they diversify their portfolios. “Given that we observe a market effect for each subsequent legalization, we expect that future events are not fully reflected in current equity prices,” they added, noting the potential to earn returns with short positions.

The researchers have also found that the legalization for recreational use had a ~129% greater impact on pharma sales than that of medical legalization, which caused a $2.4B annual sales decline. Furthermore, the effect on branded drugmakers was ~224% higher than on generic drugmakers.

Using the average sales impact per medical legalization, the researchers project that if the other 16 states also legalized cannabis for medical use, the spending on conventional retail pharmaceuticals in the US would drop $38.4B or ~11%.

As reasons for the impact, the researchers point to the ability of cannabis to treat multiple medical conditions simultaneously, unlike conventional drugs, which are limited to FDA-approved indications.

“If cannabis use can address several medical conditions at once, the net effect on drug spending may be much larger than typical generic drug entry, which competes only with the original brand formulary and FDA-approved generic therapeutic equivalents,” they wrote.

On barriers to entry, they argued: “although cannabis production is smaller scale and state-specific, more cannabis producers are likely to enter simultaneously.” “In contrast, conventional generic manufacturers have large centralized operations and distribution networks across the state and country borders, with their products each individually approved by the FDA.”

The pharma industry would respond to this with investment and marketing, said the researchers citing Pfizer’s (PFE) recent acquisition of cannabinoid-based drugs developer Arena Pharmaceuticals for $6.7B. The scientists also point to the pharmaceutical industry’s massive lobbying efforts against cannabis legalization.

“These are signs that the pharmaceutical industry from a marketing perspective, cannabis currently remains far from an FDA-approved therapeutic equivalent, and this might explain why pharmaceutical firms have spent less effort on detailing visits to doctors,” they added.

However, the study had limitations, including the use of publicly traded companies and past legalization events to arrive at conclusions and the assumption of investors as rational, which scientists say would overstate the economic significance of figures.

Read: A recent Gallup poll indicated that regular cannabis use had exceeded cigarettes use for the first time in July.