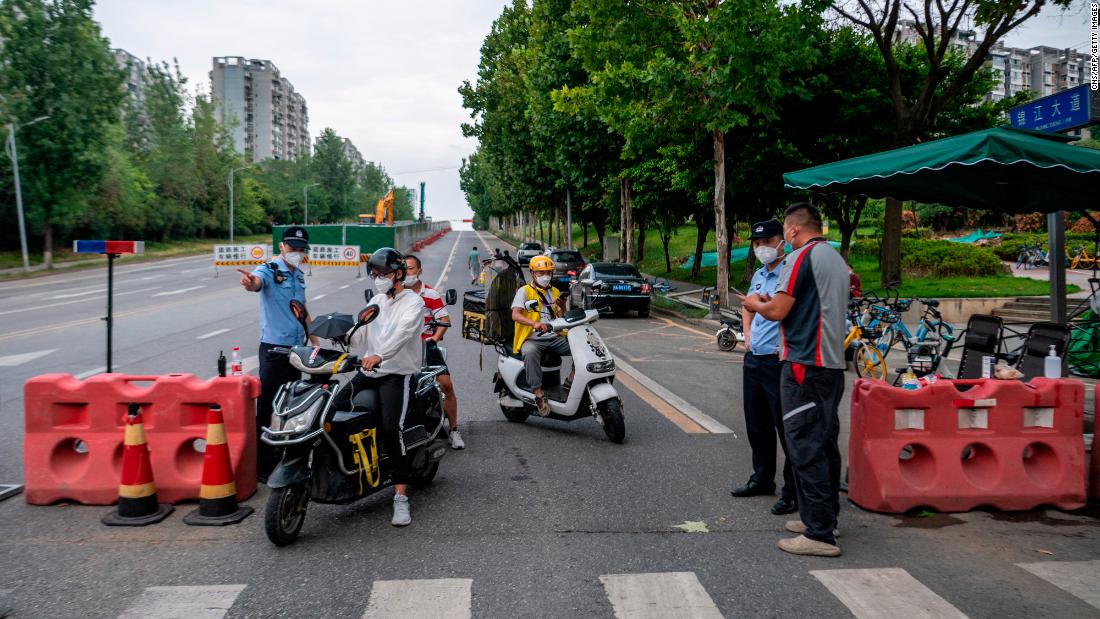 More than 4,800 Chinese companies listed in Shanghai, Shenzhen and Beijing have now released their earnings for the first half of the year. It was a bloodbath.

As many as 53% posted a decline in net profit, according to data from Wind and Choice, two major financial information services in the country. That was almost as bad as 2020, when companies posted their worst earnings season on record as the country came to a near standstill during the initial coronavirus outbreak. Back then, 54% of listed companies saw their profit drop in the first six months.

By another measure, though, the start of this year was worse. The number of companies reporting a loss hit a record high of nearly 900 in the first half. In 2020, about 780 lost money.

An earnings crash in the world’s second largest economy can ripple around the world. That’s because Chinese companies are big buyers of commodities, technology and other products on the global market.

“We’ve already seen the impact,” said Alicia García Herrero, chief economist for Asia Pacific at Natixis, a French investment bank. Prices of oil and other energy commodities have retreated and semiconductor factories have started to see decelerating orders, she added.

Experts blamed China’s strict Covid curbs and a deepening crisis in the property market for the dismal performance of companies.

“The key reasons are mobility restrictions and a huge drop in sentiment associated with the demise of the real estate market,” said García-Herrero.

Larry Hu, chief China economist for Macquarie Group, said the poor earnings reflected China’s slowing economy, which was being dragged back by the real estate slump, the worsening Covid situation, and the weakening global economy.

China has so far stuck with its zero-Covid policywhich often leads to strict restrictions on people’s movement and snap lockdowns of cities over a few cases. Travel to and from China is also limited.
Shanghai, the country’s financial hub of 25 million people, was placed under a two-month lockdown earlier this year. Since then, many other key cities have also tightened curbs on residents and businesses. On Thursday, Chengdu, a city in southwestern Sichuan province, locked down its 21 million residents following a spike in Covid cases.

China’s GDP expanded by just 0.4% in the second quarter from a year ago, the weakest performance since the start of 2020. Last month, several major investment banks slashed their forecasts for China’s annual economic growth to 3% or less.

Analysts are also concerned about a record heat wave that has swept across southern China recently, which had caused some provinces to shut factories to save power.

“Whether Beijing decides to start easing [zero-Covid policy] from March 2023, we expect the economy and markets to experience a difficult period, as people will be either disappointed about no real opening or be overwhelmed by a surging Covid infection,” said Nomura analysts in a research report on Friday.

China’s most prominent tech companies are among those suffering. The second quarter marked an end to years of explosive growth with Alibaba (BABY) reporting flat revenue for the April-to-June period. Tencent (TCEHY) posted its first quarterly sales decline.

For some other sectors of the economy, this year has already been the worst on record.

Three of China’s biggest airlines — Air China (AIRYY), China Southern Airlines (ZNH)and China Eastern Airlines (CEA) — posted record losses, with a combined loss of 50 billion yuan ($7.2 billion) for the first half. They all blamed travel disruptions because of Covid curbs and a depreciating yuan, which has plunged 9% against the US dollar this year.

A weaker currency hurts China’s airline industry because it has to pay for imported aircraft, parts and fuel in dollars. The costs of servicing dollar-denominated debt also increases.

Property developers are also among the worst performers so far this year, as the country’s housing market has spiraled downward.

The sector, which accounts for as much as 30% of its GDP, has been crippled by a government campaign since 2020 to rein in reckless borrowing in the industry. Property prices have been falling, as have sales of new homes.

The crisis escalated in recent months, as thousands of disgruntled homebuyers threatened to stop paying their mortgages on unfinished homes, jolting markets and prompting businesses and authorities to take action to defuse the crisis.

Country Garden, China’s No.1 developer by sales, reported a 96% plunge in net profit in the first half, the most since its 2007 listing in Hong Kong.

The company said it has been weighed down by “forces beyond our control such as the resurgence of the pandemic in various parts of mainland China and extreme weather, coupled with the downturn in the property sector.”