Chrissy Teigen told fans that she felt her unborn baby move for the first time and joked that she no longer needs to check in with her doctor on a daily basis.

The TV personality, 36, shared the news on social media while sharing a glamorous snap with her husband John Legend ahead of a night out.

Chrissy, who announced her pregnancy in August, cradled her blossoming baby bump in the picture with John, 43, as they headed out on the date night.

Date night: Chrissy Teigen told fans that she has felt her unborn baby move for the first time and joked that she no longer needs to check in with her doctor on a daily basis

Chrissy later revealed she doesn’t have to text her doctor every day as she can ‘feel the baby’, after she fell pregnant after a lifesaving abortion two years ago.

Taking to Twitter on Tuesday, she penned: ‘I finally feel the baby so I don’t need to text my doc for a daily drive by ultrasound anymore.’

The former Sports Illustrated Swimsuit model recently admitted that the loss of her and John’s son, Jack, in 2020 was due to a lifesaving abortion rather than a miscarriage.

Elsewhere, John took to Instagram on Monday night to document his date night with Chrissy, as they both dressed to the nines for the occasion.

John donned a classic, black tuxedo, which he chose to pair with a white dress shirt and black bowtie.

Emotional: Chrissy revealed she doesn’t have to text her doctor every day as she can ‘finally feel the baby’, after she had a lifesaving abortion two years ago 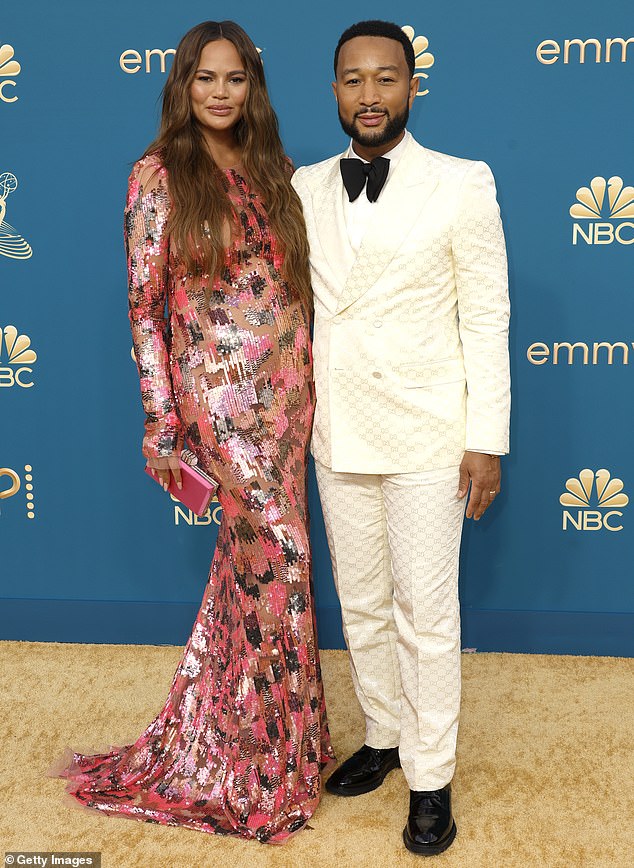 Hard times: The former Sports Illustrated Swimsuit model recently admitted that the loss of her and John’s son, Jack, in 2020 was due to a lifesaving abortion rather than a miscarriage

To complete his look, the All Of Me hitmaker slipped into a pair of shiny, black dress shoes.

He added a short caption to his post which he shared to his 14.8 million followers, typing, ‘Love me a tuxed up date night.’ The singer added a red heart emoji at the end.

His wife and author opted for a pop of color to her ensemble, and wore a long, flowing pink gown. 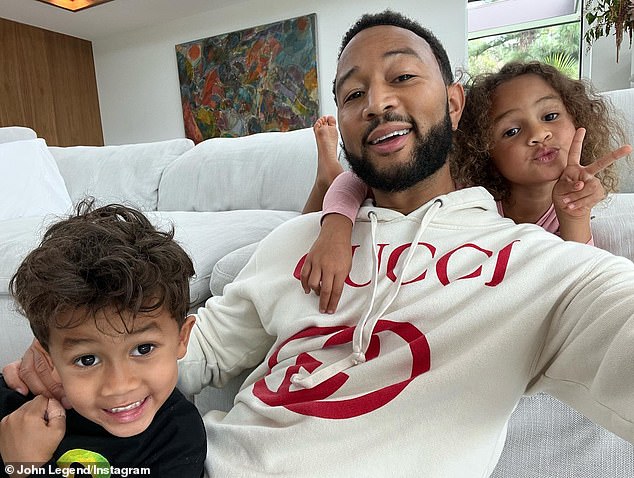 Family time: The All Of Me singer shares two children with his wife, Luna and Miles, and is expecting another child

The strapless dress had an empire waist that perfectly showcased her growing baby bump.

Her brunette hair was parted in the middle, with some strands pulled back, allowing a few locks to border her face.

To accessorize her look, the actress added a pair of long, drop white earrings, but chose not to add any other pieces of jewelry.

The couple posed for an adorable photo outside and stood closely together to capture the happy moment. 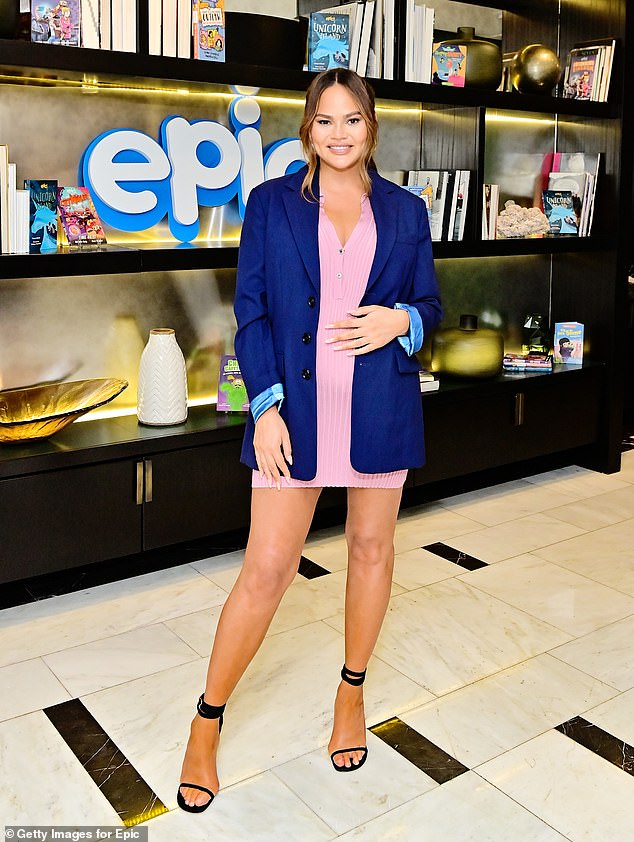 Big announcement: Following a pregnancy loss in 2020, Chrissy announced on Instagram last month in August that she is expecting another child; pictured in September in Hollywood

Last month in August, Chrissy announced to her 39.2 million followers on Instagram that she is expecting another child with her husband.

The couple already share two children together, a six-year-old daughter, Luna, and a four-year-old son, Miles.

‘The last few years have been a blur of emotions to say the least, but joy has filled our home and hearts again. 1 billion shots later (in the leg lately, as u can see!) we have another on the way,’ she had written.

She then went on to explain that she had waited to reveal the news for some time. ‘Every appointment I’ve said to myself, ‘ok if it’s healthy today I’ll announce’ but then I breathe a sigh of relief to hear a heartbeat and decide I’m just too nervous still.’

I don’t think I’ll ever walk out of an appointment with more excitement than nerves, but so far, everything is perfect and beautiful and I’m feeling hopeful and amazing. Ok phew it’s been very hard keeping this in for so long!’ Chrissy added. 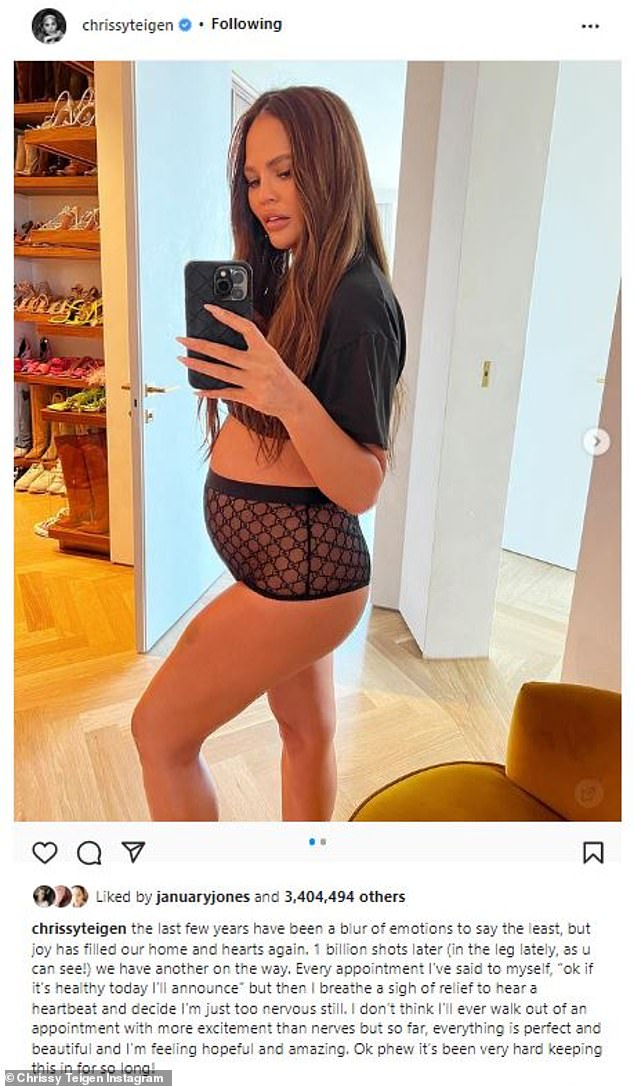 Another on the way: Chrissy revealed on Instagram to her fans and followers that she was pregnant with her fourth child 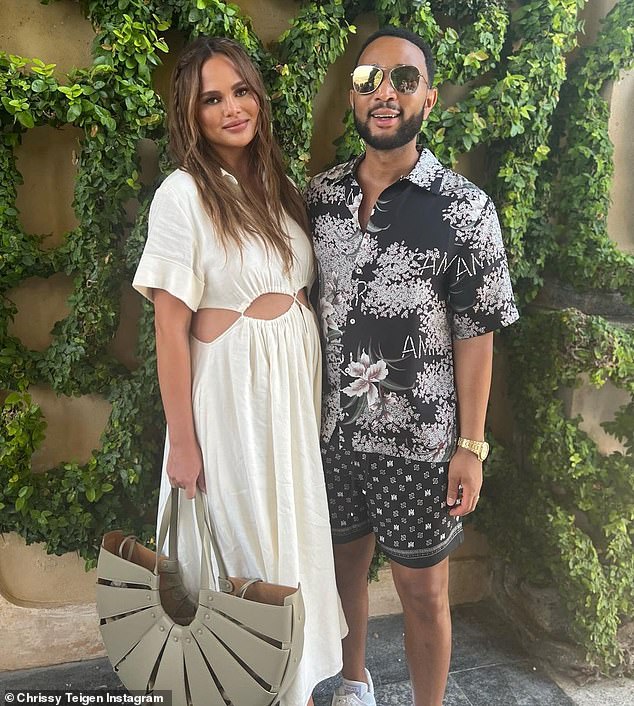 Coming to terms: Chrissy recently revealed earlier this month in September that her miscarriage with son Jack in 2020 was actually a lifesaving abortion

Both Chrissy and John experienced the loss of their unborn son, Jack, at twenty weeks old in 2020.

However, at Proper Daley’s A Day Of Unreasonable Conversation Summit that was held on September 15, the Chrissy’s Court star admitted that she had a lifesaving abortion rather than a miscarriage.

‘It became very clear around halfway through that he would not survive, and that I wouldn’t either without any medical intervention,’ she explained, according to Entertainment Tonight.

‘Let’s just call it what it was, it was an abortion. An abortion to save my life for a baby that had absolutely no chance. And to be honest, I never, ever put that together until, actually, a few months ago,’ the mother of two, soon to be three, added. 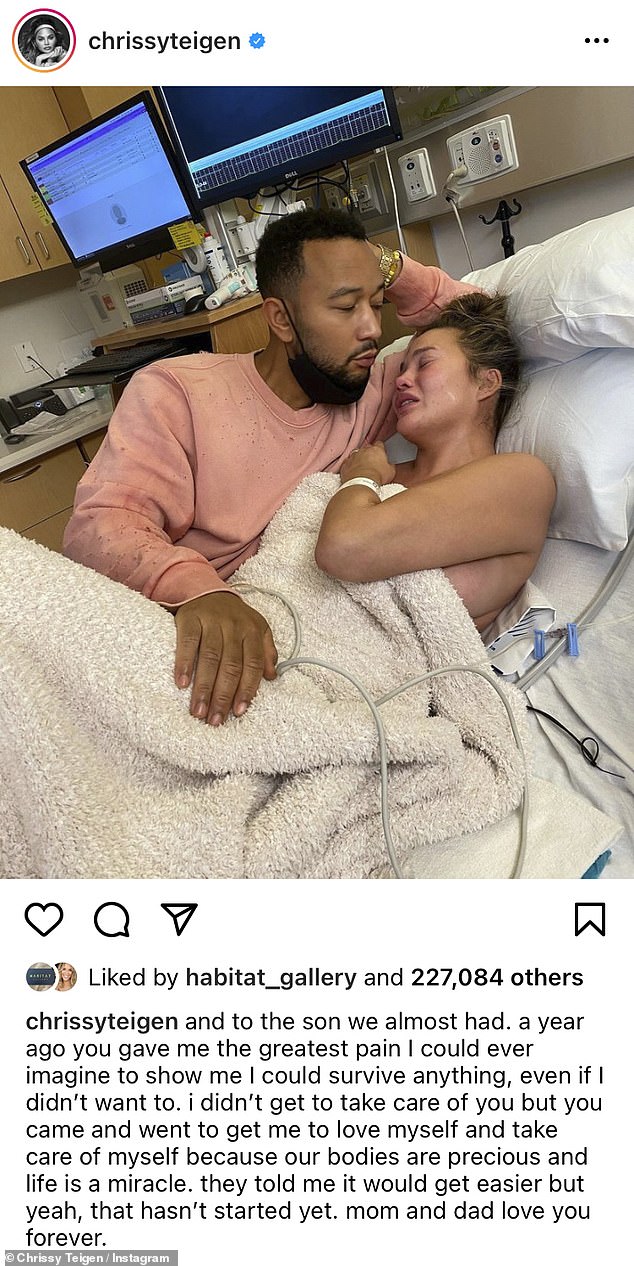 Tragic loss: Chrissy explained that she made the decision to have a lifesaving abortion after being told her son Jack, ‘would not survive, and that I wouldn’t either without any medical intervention’ 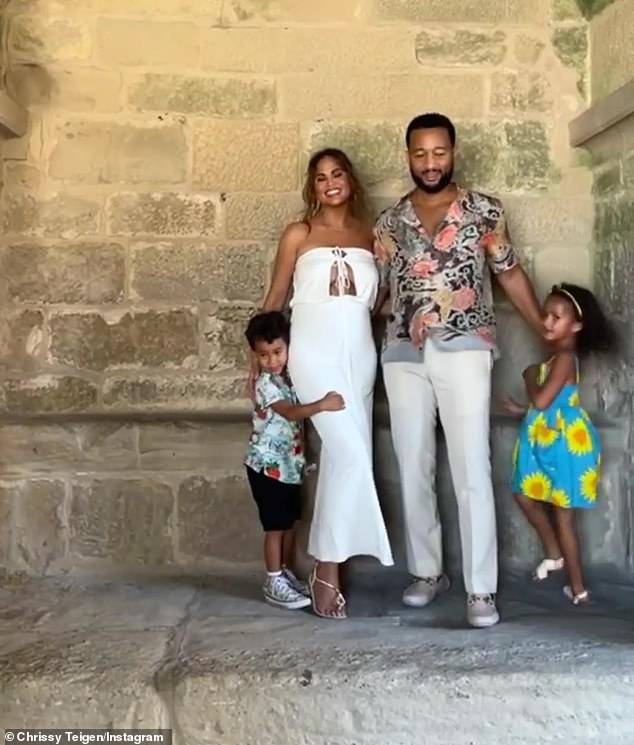 Chrissy expressed that the realization of what had happened reportedly came after Roe v. Wade was overturned in June. She also stated that she told the world ‘it was a miscarriage,’ but became ‘frustrated that I didn’t, in the first place, say what it was, and I felt silly that it had taken me over a year to actually understand that we had had an abortion.’

Shortly after her revelation, the star jumped onto her Twitter page to respond to backlash and criticism she had received.

In the tweet she shared, Chrissy wrote out, ‘I knew this would happen, and honestly I’ve already seen you do your worst so if this makes you feel better, great. It doesn’t make me feel worse though.’

Despite the media buzz, the model and singer have been happily preparing to welcome another child into their family.

Responding: Chrissy shared a tweet onto her own Twitter page to respond to some criticism she received following the details of her pregnancy loss 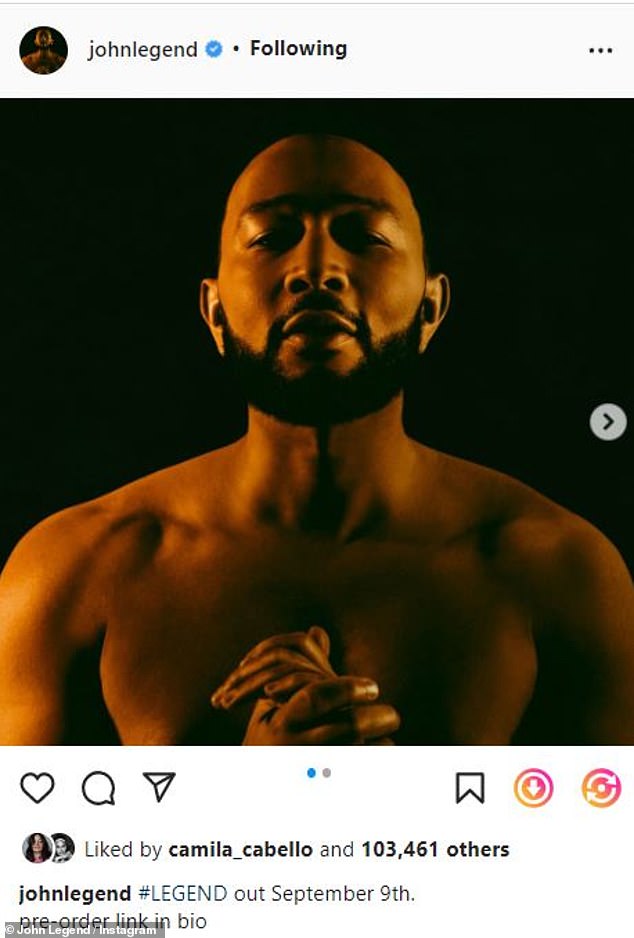