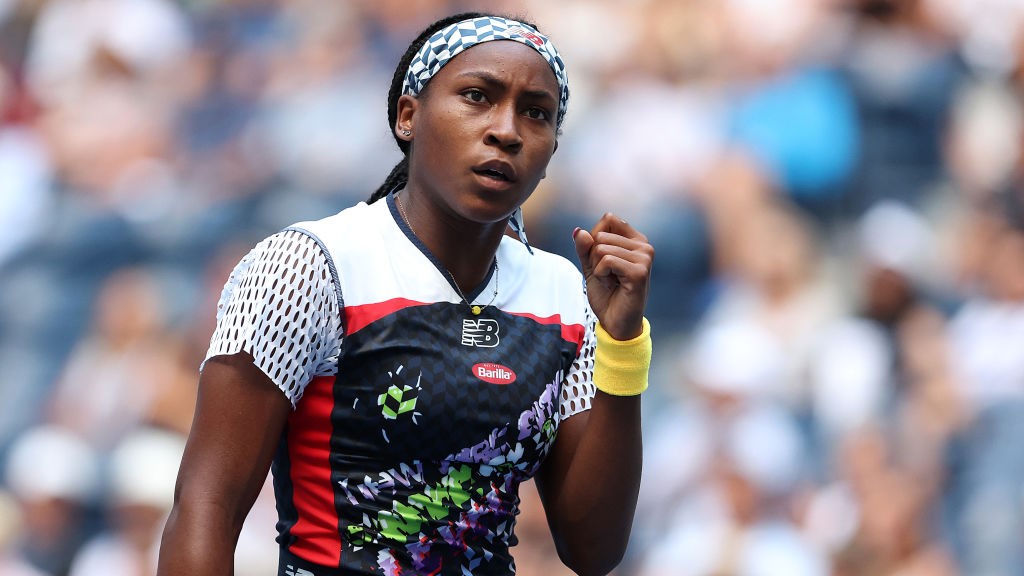 When Gatorade first came out with the “Be Like Mike” ads in the 1990s, perhaps they should have come with a disclaimer: If you’re old enough to be Michael Jordan’s grandfather, don’t try to be like Mike.

Gauff is one of the world’s top tennis players. She is also 18. So yes, I could be her grandfather.

I hadn’t watched the prodigy too closely before this May, when she made a surprising run at the French Open, crushing opponents on her way to the final.

She is a captivating player to watch. With an angular, ripped build and a determined, slightly duck-footed walk, she exudes a sense of destiny. It appears the only question is when, not if, she’ll start winning majors. Before or after she’s old enough to drink?

As she’s playing, Coco tracks the ball with a wide saucer-eyed look that reminds me of 1980s 49ers great Roger Craig, whose eyes got cartoon-character big as he approached the line of scrimmage looking for a hole in the defense to run through.

The trait of Gauff’s that I found most striking, though, was her forehand. As her body turned with high backswing, she’d track the ball, then uncoil as she swung, her wrist snapping on contact, whipping the racket across her body and the ball rocketing into some untouchable spot on the other side of the net. I was mesmerized.

This forehand, I decided, would be my future on the tennis court.

Unfortunately, I am just good enough at tennis to imagine some ridiculous version of this happening. The really old guys I often play next to would never try this. They shuffle around on their (mostly) replaced knees and hips and are happy just to be outside.

As a budding old guy, refusing to admit that I am like those truly old guys, I have delusions of grandeur. For some reason, I decided imitating Coco was the way to get there.

And for a while, the plan actually worked.

I began twisting my shoulders with a high racket takeback, my off-hand tracking the ball and then hitting using the full force of my kinetic chain. Yes, my kinetic chain. This was something I had only read about and suddenly here I was UNLEASHING it.

My shot gained about 20 miles per hour of velocity, and loads of spin. The ball was landing and seemed to take off on impact, and everything was dropping near the baseline.

Not that anyone mistook me for Gauff, but the small group of 50- and 60-somethings that I played with noticed that something was different. For a couple of weeks, I was feeling like the king of my very small tennis world.

And then one day, as quickly as it started, it was over. When I woke up, on July 4 of all days, I couldn’t lift my arm. My shoulder winced as I tried to pull a shirt over my head. Instead of aspiring to be Coco, I was just hoping to be someone who could lift up a bag of groceries. I had no clue what to do.

So, naturally, I did the absolute dumbest thing possible: I went out to play tennis.

It hurt like hell. I had to use two hands on the racket at all times. But still I refused to stop because, after all, my partner and I had paid to reserve a court. And so, whatever injury I had got much worse, confirming something I’ve long suspected — with age you do not necessarily gain wisdom or sound judgment.

Another point against the wisdom of the aged: The injury was not exactly a shock. My shoulder’s ball and socket are pretty much in a forced marriage. They seem to have little interest in their life together. On a few occasions, they’ve even separated without cause. Well before the Gauff mania, I would be woken up in the middle of the night by the need to jam my arm back in my body after it attempted a quiet escape.

Is there an actual age at which people should not change their swings or grips or gait in sports? Everyone is different, but maybe it should follow the line of if you do this once and it results in serious bodily injury, stop immediately.

My folly continued with my rehab. Here, my approach again showed the non-correlation between sound judgment and age. I figured that since I have had shoulder injuries before — see above — I could cure myself by using those same physical therapy exercises.

So, as one might expect, doing these exercises just made everything worse because this injury was apparently on a different part of the shoulder than the others.

The physical therapist I belatedly consulted was understanding that I hurt myself trying to hit like Coco. What infuriated him was the exercises I was doing; he actually yelled “NOOOO!” swell me

Which was kind of jarring. And then he gave me a complete roster of exercises to faithfully follow. And so far, the progress seems good enough that I believe I will be playing again at some point, hopefully before I just need to get the whole joint replaced.

Coco Gauff has no idea about any of this, I assume. Our non-reciprocal relationship continues as it has from the beginning. And this is obviously for the better. The distraction of my troubles might only derail her progress towards winning a major championship one day, perhaps even at the US Open, where she has breezed through two rounds of opponents so far. (She faces fellow American Madison Keys on Friday, hoping to advance to the round of 16.)

So while I struggle to pull the ice cream from the freezer, I’ll be cheering her on from the couch and vowing not to repeat the fool’s mistake of attempting to copy any of her strokes. Then again, if I can suddenly lift my arm above my head…