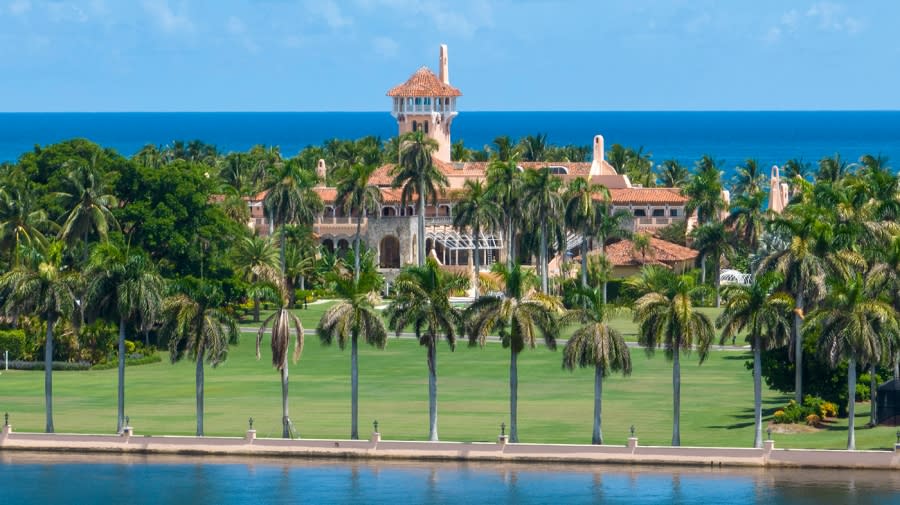 When federal authorities came to Mar-a-Lago in June to retrieve classified materials stored there, former President Trump greeted FBI agents and said, “Whatever you need, just let us know.”

But the Justice Department’s second visit to Trump’s Florida home would not be their last — with authorities contending the Trump team instead sought to conceal additional records on the property in spite of a sworn statement from Trump’s attorney indicating they had all been turned over.

A late Tuesday filing offers the most detailed account yet from the government about the extent Trump and his legal team sought to stymie their efforts to recover the documents, the emergence stemming from a case filed by Trump seeking to halt the investigation.

The most damaging assertion claims that following that visit government documents were “likely concealed and removed” — a detail renewing focus on the obstruction of justice charges listed in the warrant secured to search the property.

“There are plenty of cases in which the government has declined to prosecute where classified records were stored in unauthorized locations. One of the factors that often resulted in charges being pursued was the extent to which the individual obstructed efforts to locate and recover those records, as well as evidence of willful (as opposed to inadvertent) retention,” said Brad Moss, a national security law expert.

“If nothing else, the government filing fleshed out in new detail not just efforts by Trump to resist the return of the records but apparent efforts to conceal them so government officials could not find them,” he added, pointing to still-sealed evidence submitted to the judge.

The release of the warrant earlier this month revealed that Trump’s home was searched in connection with fears over possible violations of the Espionage Act.

But the two other statutes on the warrant covering obstruction of an investigation and willful concealment of records could play just as important a role if the Department of Justice (DOJ) decides to pursue a prosecution.

“The government also developed evidence that government records were likely concealed and removed from the storage room and that efforts were likely taken to obstruct the government’s investigation,” DOJ wrote in its filingaccompanied with a photo of classified materials recovered earlier this month.

“These concerns are not hypothetical in this case.”

Documents were found in Trump’s personal desk and interspersed among his personal belongings, including his passports.

“The obstructive conduct is going to be, I think, an important factor in the discretionary decision that the department will have to make, which is not can it bring a charge but should it bring a charge?” Andrew Weissmann, a former general counsel for the FBI and a senior prosecutor for the Mueller investigation, told The Hill.

“They’re going to be looking at the full scope of the criminality. And the length and type of obstructive conduct — I think it’s going to weigh heavily in favor of bringing charges,” he said, both for obstruction and the Espionage Act violations laid out in the warrant.

The Tuesday night filing attacks two main arguments Trump has laid out in the weeks since his home was searched: that he cooperated with authorities and that he had declassified the materials at his home.

The filing indicates that even following a May subpoena, it took almost a month of negotiations before Trump’s legal team complied with a request to turn over all remaining classified materials.

And even then, the filing notes, “the former President’s counsel explicitly prohibited government personnel from opening or looking inside any of the boxes that remained in the storage room.”

They were instead given a sworn statement that Trump’s team had done a “diligent search” to comply with a subpoena.

Ryan Goodman, co-director of the Reiss Center on Law and Security at New York University School of Law, said the details puncture claims that Trump was “in favor of cooperation.”

“We know now, as the Department of Justice put it, that ‘critically’ they were explicitly prohibited from looking at other boxes in the storage room. I think that was a direct refutation of what would otherwise be an important piece of evidence for the defense,” he said.

In June, Trump’s team turned over 38 documents bearing classified markings. But in August, the Justice Department retrieved more than 100.

“That the FBI, in a matter of hours, recovered twice as many documents with classification markings as the ‘diligent search’ that the former President’s counsel and other representatives had weeks to perform calls into serious question the representations made in the June 3 certification and casts doubt on the extent of cooperation in this matter,” DOJ wrote in the filing.

The filing also goes after Trump’s claim that he had declassified the documents at his home — a highly unusual move given the volume of documents and one he has not yet backed up with evidence.

“When producing the documents, neither counsel nor the custodian asserted that the former President had declassified the documents or asserted any claim of executive privilege,” the filing notes.

“Counsel for the former President offered no explanation as to why boxes of government records, including 38 documents with classification markings, remained at the Premises nearly five months after the production of the 15 boxes and nearly one-and-a-half years after the end of the administration.”

The lack of any explanation for the matter, Goodman said, also undercuts Trump.

“Many of us had speculated that that was the case by reading the tea leaves, but it’s very important that the Justice Department made that explicit because it knocks out of contention a potential line of arguments on Trump’s side,” he added, even though it would have made a poor legal defense.

Experts say the strong language in the brief, which contests Trump’s calls for an outside special master, could indicate a prosecution-minded DOJ, and one that could take advantage of missteps by Trump’s legal team.

Weissmann called the tone of the brief “appropriate, but to me suggested an adversity that you would see in a criminal case.”

“There are different ways that the department could have responded. I think they were right to use the opportunity to correct the record” and address Trump’s statements on his degree of cooperation and declassification at length, he said.

“It took each and every false representation except where they really wanted to protect their criminal case,” he said, noting that the DOJ did not reveal any of their sources.

That the sworn statement from Trump’s representation was quickly demonstrated to be false could put them in legal trouble of their own — something the Justice Department could take advantage of.

Goodman noted that lawyers are not immune for conduct carried out in their role as an attorney if they took actions in furtherance of a crime.

“I think it strongly suggests his members of his legal team face criminal liability for their false statements to the Justice Department, which could break open the case even wider. There’s a reason for those lawyers to end up cooperating with the Justice Department, and attorney client privilege would not block them from doing so if Trump used them as a conduit for committing criminal acts,” he said.

Weissmann said even if Trump’s attorneys would not cooperate, the DOJ could get a court to approve bringing them before a grand jury and asking a narrow set of questions about the language of the statement.

Such questions could focus on “essentially, the passive voice in the certification, which was ‘I was told a search was done.’ OK, who did the search? And who told you that the search was done? Those are the key questions,” he said.

Moss said Trump and those in his orbit likely could have avoided any legal trouble by actually cooperating with the government and returning the documents.

“As the saying goes, it’s not the crime that gets you but the cover up,” he told The Hill.

“This never would have been a criminal matter if not for the obstruction of the government’s efforts to recover these clearly properly marked classified documents.”

For the latest news, weather, sports, and streaming video, head to The Hill.