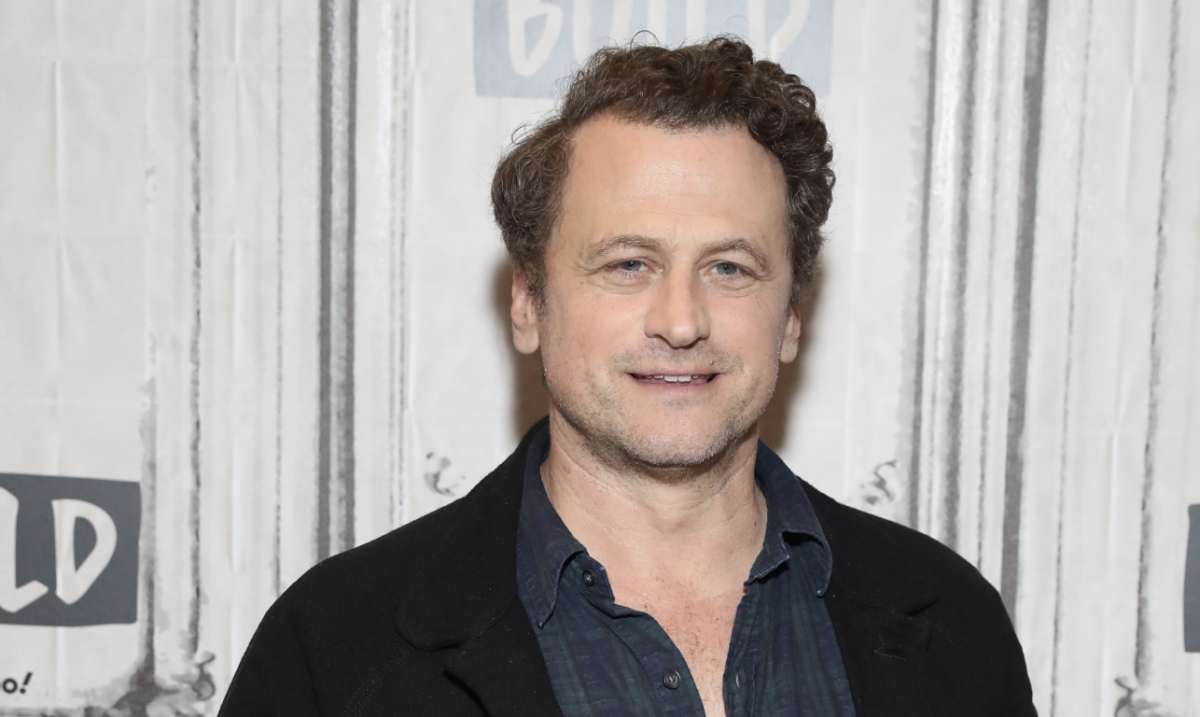 Are the kids alright? is Yahoo Entertainment’s video interview series exploring the impact of show business on the development and well-being of former child entertainers, from triumphs to traumas.

Fans will recognize David Moscow from his memorable role as the young Josh Baskin in Penny Marshall’s Oscar-nominated Big (1988), which he starred alongside (and as the young version of) Tom Hanks. But not everyone knows how full his life has been since winning the hearts of moviegoers over 30 years ago.

Moscow has had many evolutions, from child actor and Broadway producer to his current turn as host of FYI’s From Scratch, which challenges him to cobble together an authentic meal with a local chef while adventuring around the world. As it turns out, he managed to pick up some incredible life lessons through it all.

“Being a child actor… it was a blessing for me,” the Bronx-born Moscow tells Yahoo Entertainment. But the learning came from struggle, he explains. “I think failing might be the best gift that I was given as a child actor — not the moments where I was successful, because that’s kind of easy.”

The audition process for Big, he explains, was was “unique,” located at a community center in the Bronx, where Marshall was also from. At the time, Robert De Niro was set to play the lead, which prompted Moscow to audition for the role of Hank’s child- aged friend Billy (who eventually went to Jared Rushton).

But as luck would have it, months later the lead role went to Hanks. “I guess when they hired Hanks, [Marshall] was like, ‘Remember that kid from the Bronx?’” Moscow jokes.

“Penny wanted us all to hang out,” he remembers. “She wanted Tom and I and some of my friends to go out, so they gave [Tom] an old video camera and he took us to Central Park.”

Moscow recounts a particular moment with Hanks and his best friend at the time, Ernest, that made him realize the caliber of Hanks’s commitment to the role. “There’s a scene where old Josh gets into a fight with one of his coworkers at a handball court,” he explains. “They’re tussling trying to get the ball from each other. My best friend, Ernest, at the time, did this [move] where he used his head to keep me away, and then he would switch the ball from arm to arm. He had a very long arm. And that [move] is in the movie!”

“It wasn’t only me that he was copying or interpreting,” he adds of Hanks’s process. “I mean, that’s the talent it takes to make it yours, make it real, keep it real. It’s a part of the movie that makes me laugh more than any others.”

While recalling those years, Moscow’s smile speaks a thousand words, especially when he reflects on a special night he shared with Drew Barrymore when they were teenagers.

“It was at the heart of the ’80s and ’90s child actor world,” he recalls, explaining that his Wizard of Loneliness co-star, Lucas Haas, who happened to also star alongside Barrymore in ET, thought it’d be cool to set him up with Barrymore.

“He was like, ‘I think you and Drew would like each other. You guys should go on a date,” recounts Moscow. “So, my mom was the chaperone, and I think [Barrymore’s] studio teacher was a chaperone. I called up Drew and was like, ‘I’m going to take you to Hard Rock Cafe… It was very lovely. At one point, her best friend, who was like 16, came at the end and they were whispering in each other’s ear. Then she turned and said, ‘Do you want to come with me to this party after?’ And I looked at my mom and my mom was like, but. So Drew was like, ‘This was great. See you later.’ Then she left.”

Of course, Moscow would reunite with Barrymore and Marshall in 2001’s Riding in Cars with Boys, so all’s well that ends well. “Being a child actor, especially at the peak of the 80s and ’90s, it was a blessing for me,” he says. “There are lots of [troubling] stories of other people, but I think I had my parents, who always were very grounded.”

As fate would have it, it was Moscow’s “grounded” father that led him to one of his most exciting chapters as a producer. Already having his own theater company, A Theater Co., which he ran alongside actors Tom Everett Scott and Michael Kelly, Moscow recalls getting a call from his father that would eventually change the course of Broadway history.

“My dad does community activism and was developing dual-language public schools in New York,” says Moscow. “He called me up one day and he’s like, yeah, [my friend] Luis’s kid … is going to school. He wrote 20 pages of music for his college thesis. Will you listen to it?”

That kid ended up being Lin-Manuel Miranda, and those 20 pages ended up being the first draft of In The Heights. “Five minutes in, I was like, lock the doors, this is amazing,” he recalls.

Moscow would go on to co-develop and co-produce the show with his ex-fiancée, actress Kerry Washington. “I went around town and knocked on doors to raise money,” he says. “There was something really cool about helping a creative person, giving comments, helping them and not having to be onstage. So it sort of snowballed into a producing career.”

That move ultimately launched him on the path he is now — full of travel, food and adventure From Scratch.

“I go around the world and meet with food producers, and we harvest and grow and fish and hunt,” Moscow gleefully explains. “And then I take it to a chef and we make a meal from it. It’s a blast.”

In hindsight, he credits his early child actor years as helping him see the bigger picture in life. Nowadays, the multi-hyphenate actor and producer is truly embracing the highs and lows he’s experienced — and turning them all into a positive.

“Acting as a kid allows you to dream things, and then achieve them,” he says.