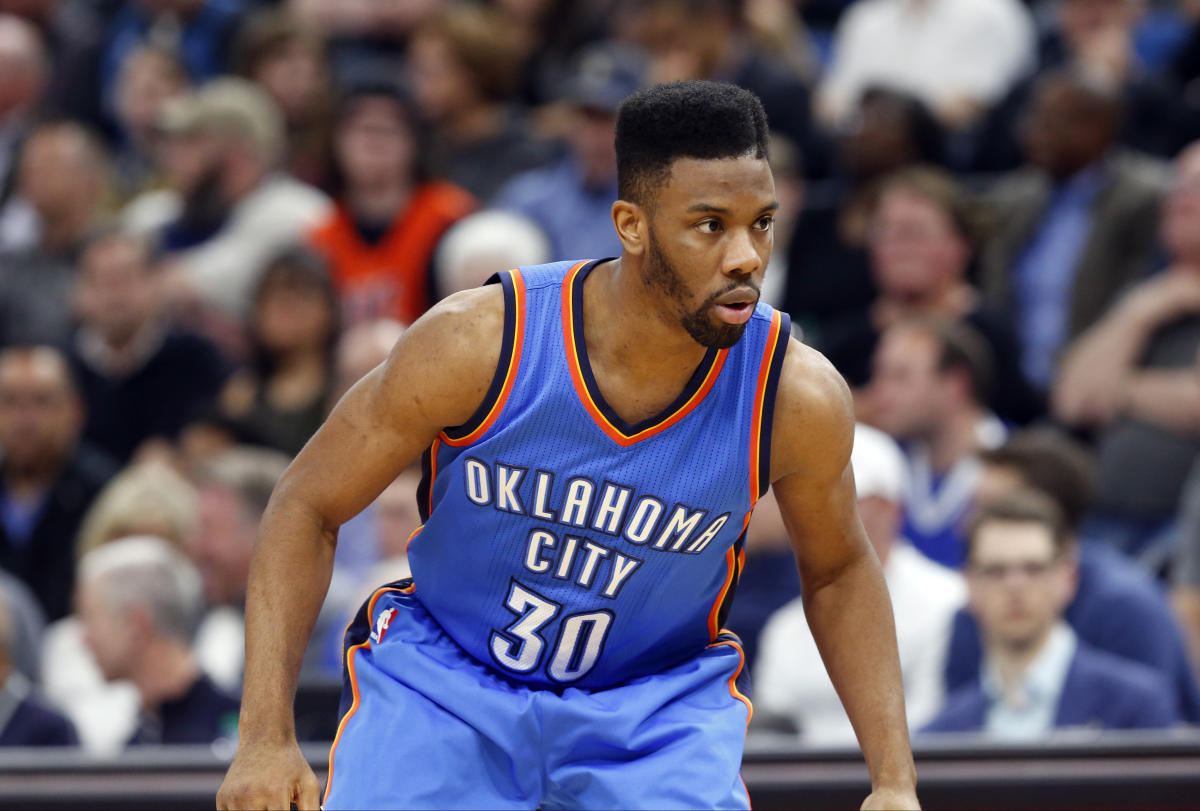 LAS VEGAS (AP) Patrick McCaw has three NBA championship rings from the start of his career with Golden State and Toronto. Norris Cole was part of two title-winning teams in Miami.

And right now, both have the same plan: Take the USA’s call, while awaiting the NBA’s call.

McCaw and Cole are on USA Basketball’s roster for the FIBA ​​AmeriCup tournament that starts Friday in Recife, Brazil. The tournament runs through Sept. 11, or about two weeks before NBA training camps begin, and both McCaw and Cole are hoping that these games lead to two things – a gold medal, and a springboard back to the league.

”I think it’s more about representing the USA for me right now,” McCaw said. ”I want to make it back to the NBA. I know that’s a process. And I know one day, whenever, next week, next month, next year, when it’s supposed to happen, it’ll happen. But right now, I’m just focusing on this USA, wearing these three letters, giving my all to this team and representing the United States of America.”

McCaw has appeared in only five NBA games in the last 2 1/2 years, his career largely derailed by a series of injuries that he says are no longer concerns. Cole last played in an NBA game in April 2017 and has spent the last five seasons overseas – with Israel, China, Montenegro, Italy, France and Puerto Rico among some of the places where his passport has been stamped.

”I still have the ability,” Cole said. ”God has still blessed me with the ability. I still have the fire, the hunger and I still feel like I have something to prove, things that I would like to accomplish as a player. That feeling of winning a championship, the mission, the goal, the work to try to get to that point again, that’s what drives me as a competitor. And I want that feeling again.”

But they have plenty of similarities. Golden State raved about McCaw when he broke into the NBA there and was part of championship teams in 2017 and 2018 with the Warriors; McCaw then was part of the Toronto title the following season, when the Raptors beat Golden State. Cole also won championships in his first two NBA years, during the LeBron James years in Miami.

”We’ve been around winning,” Cole said. ”Patrick has that working for him. He knows what winning looks like and anytime you’re around winning it rubs off on you. He has that, he has a fun personality, and I think he definitely deserves another shot. I definitely believe that he deserves to be on an NBA roster.”

AmeriCup is the championship for the teams in the FIBA ​​Americas region. There were 12 nations that made it through qualifying; those 12 are split into three groups of four. The top two finishers in each group, plus the best two third-place teams, make it to the quarterfinals.

”It’s a good mixture of guys,” said US AmeriCup coach Alex Jensen of the Utah Jazz. ”You get the balance. And a big thing is, this sounds simple, but getting guys who enjoy the chance to play. They enjoy playing. So, they come here and it means more to them. And that should help bring us together.”

In training camp at Las Vegas, Cole won just about every sprint he was in and was clearly the on-court quarterback at point guard. And McCaw’s talent was obvious, even in a gym alongside plenty of other highly skilled players. Spine and knee issues, he insists, are behind him, and that means his confidence his is returning-which will only help his quest his to get back to the NBA.

”I’ve been off the radar,” McCaw said. ”I think this is a huge step because people are going to be able to watch these games and see where I’m at now. That’ll help, for sure. It was injuries that set me back. It wasn’t anything else in the way, or life, or me changing the type of person I am. It was injuries. And it was tough dealing with them. But this trip to Brazil, I definitely think it’ll open up some doors again.”

Cole hopes for the same opportunity.