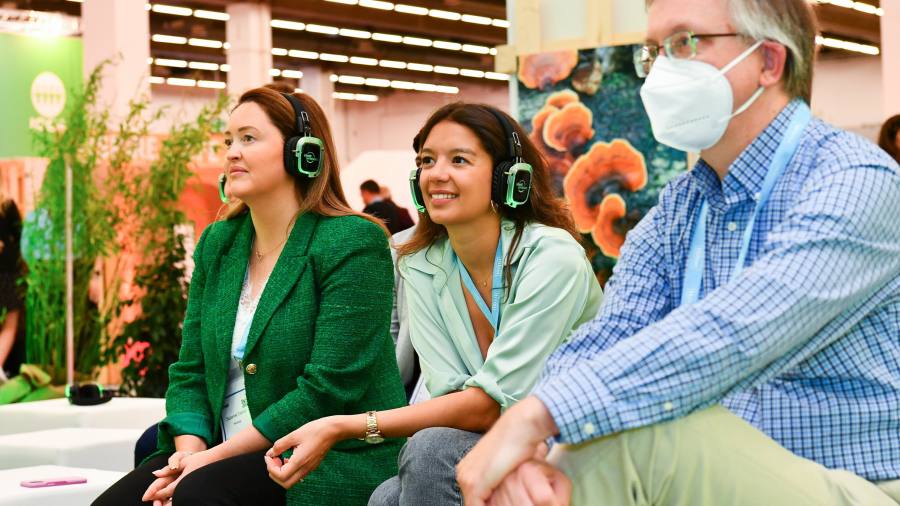 With most of the world’s biggest economies having curbed pandemic restrictions, the mantra for the global events industry is “business is back”, following a difficult two years.

But attendance at the Imex show in Frankfurt — which caters to the trade show and travel sectors themselves, with attendees including conference venues, event managers and hotel groups — is telling. The May event had about 9,500 participants, compared with 14,000 before the pandemic.

“Obviously the industry has suffered during the past years, people have lost jobs, but demand has exploded,” said Carina Bauer, chief executive of Imex, adding that recent events had a “global range of exhibitors”.

But she added: “We had very few participants from China this year.”

The 32 per cent drop in attendance points to a mixed picture for the industry as the world reopens. The critical Chinese market remains stymied by restrictive lockdowns as Beijing pursues a zero-Covid policy. Meanwhile, convention centers and organizers elsewhere are still gauging whether demand for face-to-face meetings will return to pre-pandemic levels despite an initial surge.

China offered the events industry a sliver of hope two years ago when it became the first large country to cautiously reopen after the first phase of the pandemic.

Now the tables have turned. While many wealthy countries have signaled that companies should not expect future restrictions on social mingling, China has chosen to impose travel restrictions, as well as lockdowns on cities when local coronavirus outbreaks occur.

“We have no idea how to compensate for China if the country does not return,” said Wolfgang Marzin, chief executive of Messe Frankfurt, a German events organizer co-owned by the city of Frankfurt and the state of Hesse that runs trade fairs around the world.

“Everybody took advantage of labor and production capacity in China — much still comes from there — and now we are as dependent on them as we are from oil for Mr Putin,” he added, nodding to the number of international companies manufacturing in the country .

For now, Marzin said Chinese buyers and sellers were largely absent from events in other parts of the world. “The zero-Covid policy means that since January we don’t see Chinese companies,” he said. “For a show in textile, typically we would have around 400 exhibitors and now we have 25.”

Marzin would not disclose the private company’s revenues and profits but said turnover this year was likely to be close to levels in 2010, adding that he expected the company to be back on track in 2025 — assuming the global economy is not derailed by further crises.

China is not only an indispensable part of many companies’ supply chains, but the world’s second-largest economy has also emerged as an important buyer at trade shows.

In 2019, mainland China accounted for 16 percent of event revenues at Informa, the world’s largest trade fair group. In 2021, the company had recovered to only four-fifths of this level.

But the FTSE 100 company is more sanguine about the situation in China, arguing that rebounding demand in the US has offset the weakness.

Both Marzin and Bauer are bullish about the eventual full-scale return of in-person meetings, so is Lord Stephen Carter, Informa’s chief executive.

“The power of physical presence will not go away,” said Carter. “Even if China is opening at a slower rate than other countries, we know that it will be reopening.”

The group has put its money where its mouth is, announcing last December that it would dispose of its intelligence army and focus on events and academic publishing. It had unveiled the annual £1.1bn pre-tax loss for 2020 linked to lockdown-related exhibition cancellations. But in 2021 it swung back to a £137mn pre-tax profit as restrictions eased.

Informa said in July that it would begin paying dividends again following a pandemic hiatus, brushing off a global economic slowdown that is threatening many industries. The group expects its revenue and adjusted operating profit this year to reach the upper end of previous guidance of £2.15bn-£2.25bn and £470mn-£490mn respectively.

“All the events businesses I speak to are tremendously bullish,” said Citi analyst Thomas Singlehurst, who added that as exhibitions businesses tend to have a low cost base they could stand to be beneficiaries of surging inflation as they raised their own prices.

“What’s interesting with events is that re-emergence of inflation could be the best thing that has happened,” he said, explaining that most growth in the industry came from pricing.

Carter said Informa had maintained 2019 prices for its exhibitions in order to encourage as many customers as possible, but added that in the future “of course, there will be natural price inflation as you would expect”.

Nevertheless, the industry remains under pressure. Of the three biggest listed events providers — Informa, Hyve and Relx — only the latter’s share price has recovered to the level of early 2020 and it is largely focused on subscription businesses such as academic publishing.

But Hyve, which runs the annual retail shows Shoptalk and Groceryshop, has still struck an optimistic note, saying the 2022 editions either had or were expected to make more money than the year before Covid-19 struck.

“Post-pandemic . . . our customers spend more with us than before,” said chief executive Mark Shashoua.

The UK-based group reported revenue of £59mn in the first half of 2022, compared with £68mn for the same period in 2019. It blamed the delay of two large events in the mining and paper industries in the second half of the year for the decrease.

There are predictions of a shakeout. Shashoua said some smaller or more niche shows were unlikely to return at all, even online, after the pandemic, with the largest groups such as Hyve who run the “must-attends” of various industries in a position to consolidate.

This has already begun. In March, Hyve announced the acquisition of US-based Fintech Meetup for up to £42mn, a few months after it snapped up an events organizer focused on the mining industry for a similar amount. Meanwhile, Informa bought business-focused publisher Industry Dive in July, a deal that will grant it a content arm to better engage clients beyond events.

For Informa’s Carter, future growth in the industry will come from an increase in the range of services that events companies can provide, with the main shows becoming “much more digitally enhanced[with more]sophistication at registering and profiling [buyers and sellers]”.

“If you are operating with a tier-one product, demand is extremely high,” he said.