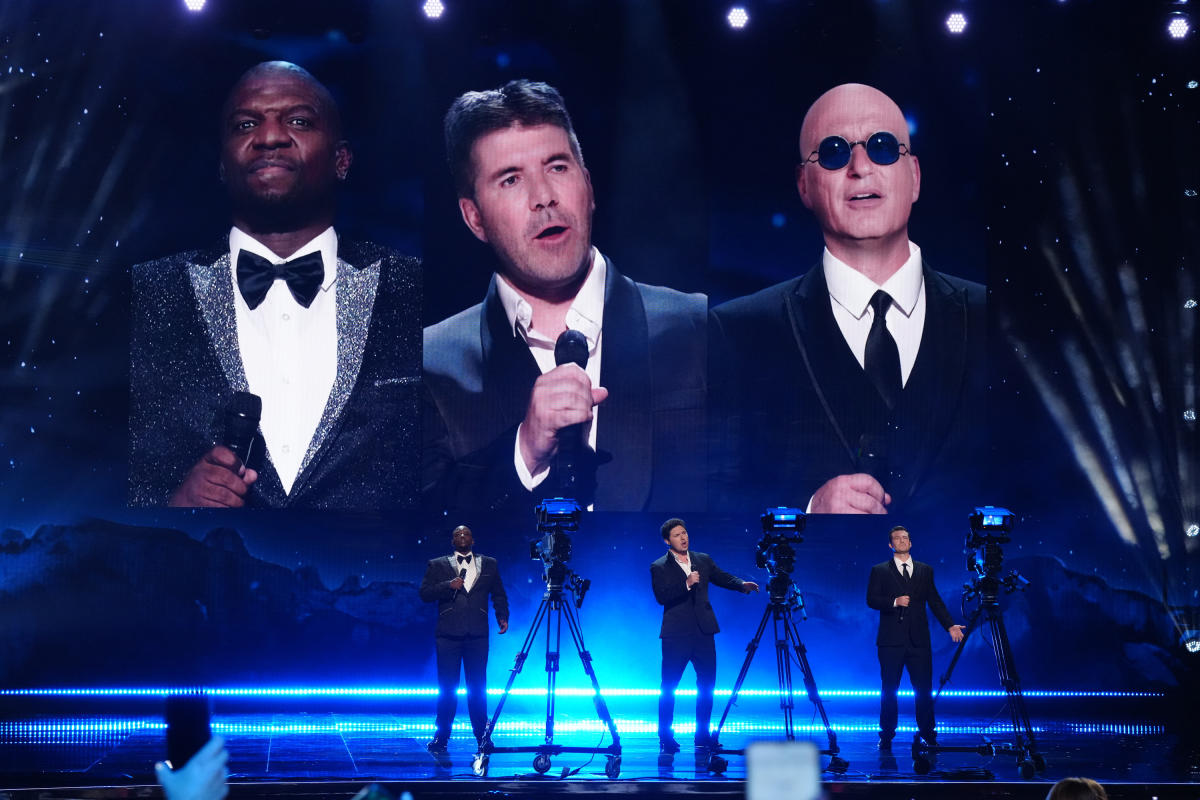 After Tuesday’s underwhelming qualifiers America’s Got Talent episode, which Howie Mandel complained was filled with “some real disappointments” and Simon Cowell said was “the strangest evening” in the show’s history, Wednesday’s elimination night was easy to predict. (“I have a feeling I know who the two acts are going through tonight,” Howie noted.) The only slight upset among Wednesday’s results was the failure of dancing magician Jannick Holste, whom judge Heidi Klum declared the greatest magic act she’d even seen, not making this week’s top five. But Jannick was always destined to be a polarizing contestant.

And so, the “right top five,” according to Simon, were singer-songwriter Lily Meola, impressionists Merissa Beddows and Jack Williams, comedian Mike E. Winfield, and deepfake technology illusionists MetaPhysic — with the latter two easily-breezily sailing through to the finals. (Lily placed third.) Mike and MetaPhysic will now join Season 17’s previous successful qualifiers — saxophonist Avery Dixon, country acts Drake Milligan and Chapel Hart, teen singer Sara James, and magician Nicola Ribs — at the finale. Heidi predicted this week that Mike could become the first standup comic to ever win AGTbut then Simon one-upped her by declaring MetaPhysic the greatest act in the history of the entire series.

So, that poses the two-part question: Are MetaPhysic really that good? And could they really win this thing in two weeks’ time?

Let’s face it, it’s possible that Simon is just a little biased, because this week marked the second time that MetaPhysic involved him in their act. For their audition, MetaPhysic (specialists in “building the hyperreal metaverse” and creating “AI-generated content and web3 infrastructure to create a hyperreal metaverse owned by users”) drafted AGT Season 13 opera singer Daniel Emmet to belt an earnest rendition of Chicago’s syrupy love ballad “You’re the Inspiration” — with Daniel’s voice booming from the creepy robot mouth of an onscreen, Max Headroom-like Simon. The real-life, flesh- and-blood Simon of course called this the “perfect contestant.”

This week, MetaPhysic also incorporated Uncanny Valley versions of Howie and AGT host Terry Crews, for an even creepier artificially intelligent performance of “Nessun Dorma.” (“It’s like Il Divo, but Il Stupido,” Howie joked.) And, of course, Simon fell in love all over again.

It certainly was unlike anything seen on him America’s Got Talent before. And it certainly was entertaining and interesting. But, as one irate fan tweeted after MetaPhysic made the cut over the likes of Lily and Jannick, “Technology is not talent.” Another viewer argued, “While kinda cool … it’s an app! Not an act or show. Doesn’t belong on #AGT!”

For me, the issue with MetaPhysic is that they didn’t really do anything new for their second routine, so there was little element of surprise. Their gimmick has already started to wear thin. Using the deepfake Simon a second time was an arguably lazy move, and MetaPhysic have already hinted that their finale number will include a singing Sofia Vergara and Heidi Klum, which would be utterly predictable. Now that they’ve made it to the finals, I hope they make good on their other promise: to digitally resurrect “the greatest rock act ever.” Will it be Elvis Presley? Freddie Mercury? Davie Bowie? Prince?

Actually… that would probably be blasphemous and not go over too well. But if MetaPhysic really want to prevail over the above-mentioned finalists, they better pull off something as dazzling as, say, London’s new ABBA Voyage AI spectacular.

Well, there is still hope for Lily — as well as for other promising former frontrunners, like aerialists Duo Rings and ventriloquist Celia Muñoz, who would’ve had a real shot if they’d performed during this very non-competitive week — because there’s still a wild card up for grabs. Terry announced Wednesday that the judges, who’ve had zero input during this season’s revamped Qualifying Rounds, will each put forward a wild card act next week. Viewers at home will then vote in an instant save during next Wednesday’s results show, with one of those four acts advancing to the finals.

Just as long as it’s not Mr. Pants or the “More Parmesan” guy, it’ll be fine. See you then!

· Welcome to the dollhouse: Creepy celebrity sisters pull off the ultimate ‘AGT’ prank

· Nick Cannon on quitting ‘America’s Got Talent’: ‘One of the best decisions I ever made in my career’