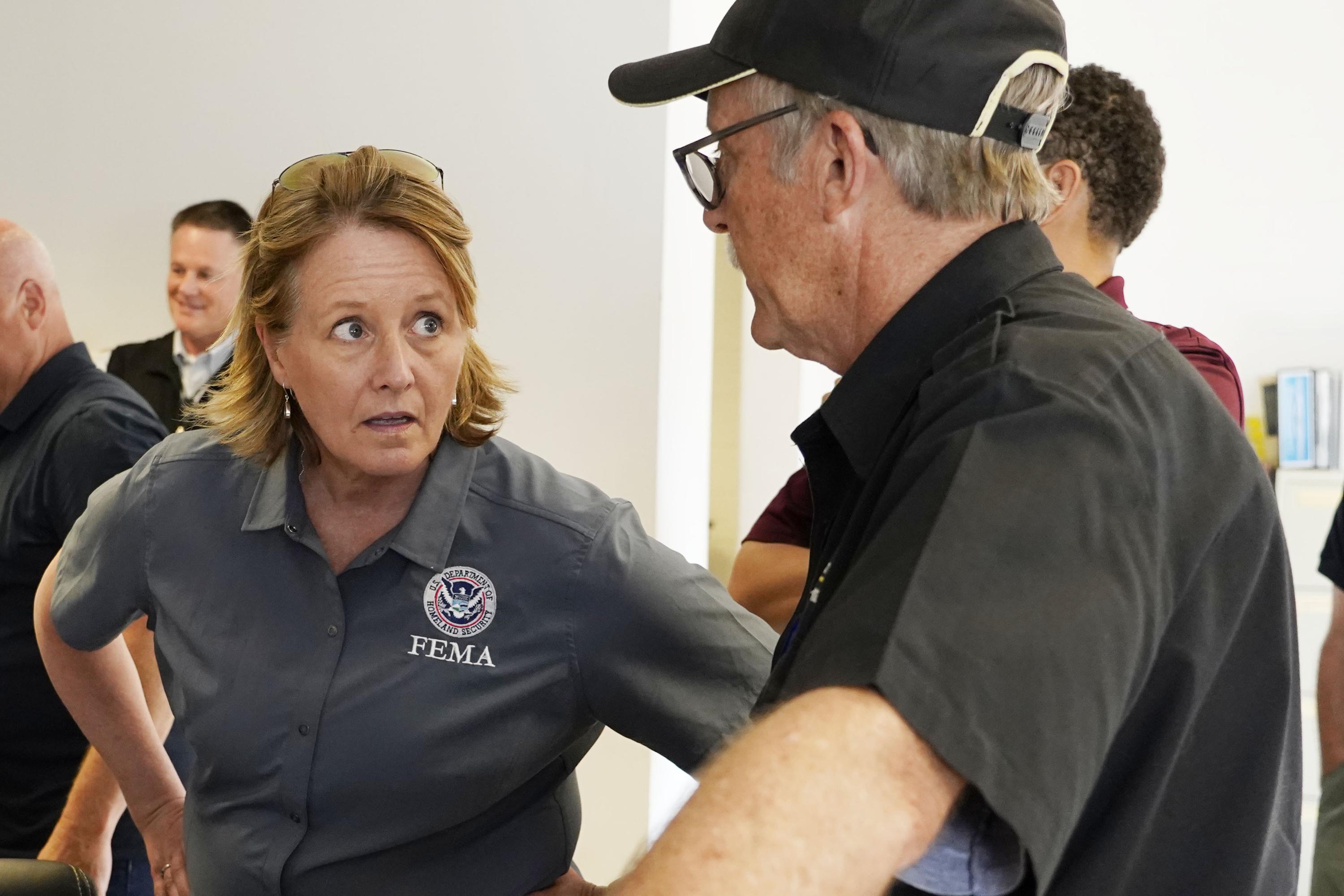 JACKSON, Miss. (AP) — Water pressure slowly improved in Mississippi’s capital city Friday but officials outlined numerous challenges and occasional setbacks as they worked to restore running water from the city’s aging, neglected water system to all in the city of 150,000.

A minor leak in an ammonia tank forced officials to cordon off a part of a water treatment plant late Thursday, Jim Craig, a state health official said Friday. Staffers at the plant are having to constantly account for changes in sediment and chemical levels in water taken into the system after recent torrential rains and flooding, Craig added.

Mayor Chokwe Antar Lumumba noted at one news conference that, once pressure is restored, there are worries about the strain on aging, brittle pipes.

And even when water is running again, it’s unclear when it will be drinkable.

Last week’s rains, followed by flooding of the Pearl River, exacerbated long-standing problems at the OB Curtis treatment plant, leading to a drop in pressure throughout Jackson, where residents were already under a month-old boil-water order due to poor water quality.

The problems led to a Monday emergency declaration by the Republican governor and a disaster declaration from President Joe Biden. Biden’s infrastructure coordinator, Mitch Landrieu, and Federal Emergency Management Agency administrator Deanne Criswell were in Jackson for a firsthand look at the problem Friday.

“This is a true testament to President Biden’s commitment,” Criswell said at an evening news conference with Reeves and other state officials. She toured the main water treatment plant earlier in the day with Reeves.

“Many are now experiencing normal pressure. Areas further from the plant and at higher elevations may still be experiencing low to no pressure,” the city said Friday morning.

But, among the setbacks: pressure dropped a bit at one point as treatment plant staff had to deal with chemical imbalances in the water, Craig said Friday evening.

It’s all a continuing strain on residents, like 64-year-old Mary Gaines, a resident at a complex for senior citizens and people with disabilities.

“It’s a very nice place to live. We just ain’t got no water,” Gaines said. “And most senior citizens ain’t got no car, so we have to get water wherever we can.”

At his news conference Friday, the Republican governor repeatedly stressed what he called a unified state, federal and local response to the crisis, discounting any suggestion of a rift with the mayor or president, both Democrats.

He thanked Criswell and Landrieu for the help and noted that Biden had “quickly signed” a disaster declaration. Lumumba had not been invited to a Reeves news conference Monday as the crisis was unfolding and he was not at the Friday news conference. But he appeared with Reeves earlier in the day during a water plant tour and was part of a Thursday news conference.

Reeves didn’t address and hasn’t commented on remarks Biden made to reporters at the White House late Thursday.

“We’ve offered every single thing available to Mississippi. The governor has to act,” Biden told reporters. “There’s money to deal with this problem. We’ve given them EPA. We’ve given them everything there is to offer.”

White House press secretary Karine Jean-Pierre declined to elaborate on Biden’s remarks Friday. She confirmed that Biden and Reeves haven’t spoken to each other about the crisis, but downplayed the lack of a call, saying it was “not necessary to further any progress in this situation.”

Statewide, there is about $75 million specifically for water resources available through a bipartisan infrastructure law signed by Biden last year, Jean-Pierre said.

Biden was asked Friday whether he would visit Mississippi and said he had no plans to. Biden said he has been talking to people in Mississippi including Lumumba.

Residents in Jackson have long struggled with a faulty water system before the latest crisis.

The National Guard has been called to help with water distribution. The state emergency agency said close to 2.8 million bottles of water were handed out from midday Thursday to Friday afternoon. Non-potable water, for toilet flushing and other uses, was also being offered to people who brought their own containers to some sites.

The entire city had been without water or with low pressure at one point. Figures on how many homes and businesses had service restored were not available.