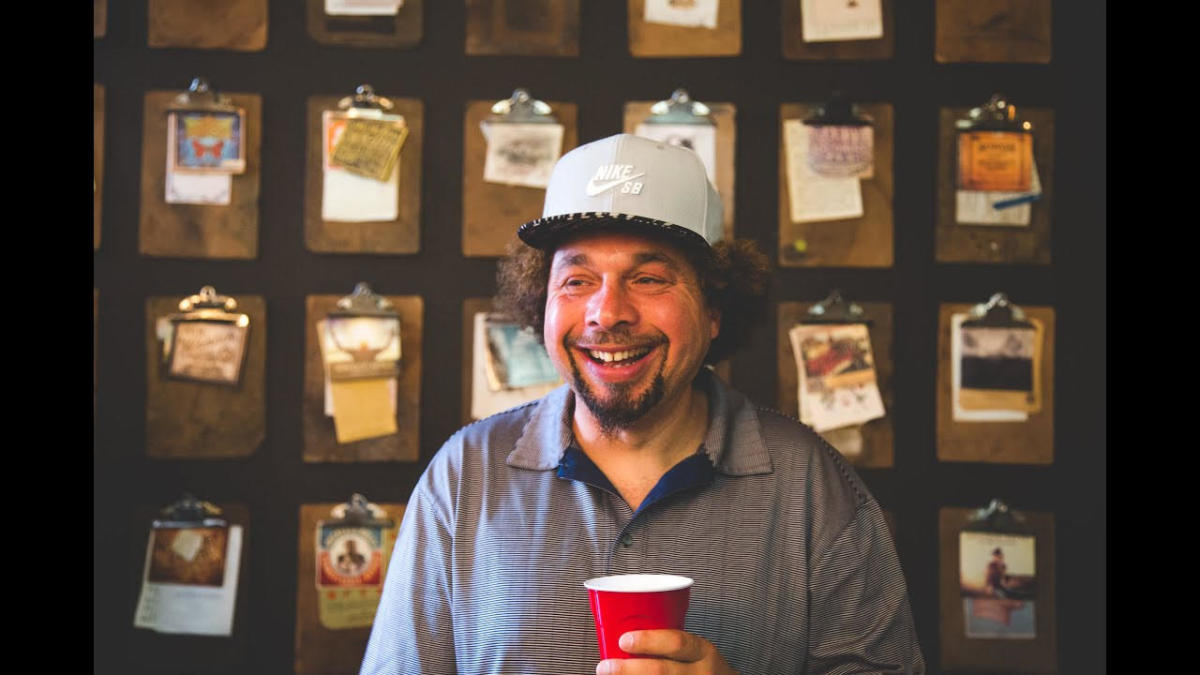 Game Changers is a Yahoo Entertainment video interview series highlighting the diverse creators disrupting Hollywood — and the pioneers who paved the way.

While their backstories are otherwise wildly different, Malcolm Spellman has had his Queen’s Gambit‘s arc. The writer-producer speaks vaguely of his rough-and-tumble formative years. He doesn’t want to get too into the more illicit details while promoting a show he’s running on Disney+. But he does recall the days way back when, as he remembers, Berkeley, Calif., had two legendary comic book stores and “me and my boys from South Berkeley, we’d be up in those stores all the time, and when we was broke, we’d steal all the books.”

In between Acts 1 and 3 for Spellman, though, were decades of hustling from the ground floor up and navigating a white-dominated entertainment industry as one of the few Black screenwriters in the business — which meant dealing with waves of prejudice, pigeonholing and roadblocks .

“I would take meetings and execs would straight up say to your face, opening up the meeting, ‘Hey, great to meet you, Malcolm, now you know we don’t do Black projects here,'” Spellman tells Yahoo Entertainment in our latest episode of Game Changers (watch above). “Now, once someone has said that, you already know they’ve identified you appropriately as Black. They’re telling you they don’t do Black projects. And they definitely have put you in a box that means you are not going to work here.”

Spellman sold his first screenplay 20 years ago, but for the first 10 years of his career he had to resort to other means to pay the bills. And about that project he did sell? “It was a project about a Black kid — this was before The Fast and the Furious [2001] and all that, so the term multicultural didn’t exist — a Black kid who wanted to be a skateboarder in the X Games. It was hot, and I was the hot dude out. And eventually I got the note, ‘This hurts me more to say than you to hear it’ — this is the only Black character in the movie — ‘We have to change that kid to a white dude.’ Magnify that by a thousand, and it just was very, very, very difficult and very, very frustrating.”

Spellman would eventually be one of three screenwriters credited on the 2010 rom-com Our Family Weddingbut his big break came when he was hired as a writer and producer on Lee Daniels and Danny Strong’s Empirethe hit music biz drama led by Terrence Howard and Taraji P. Henson that premiered on Fox in 2015. Even if he had no idea how golden the opportunity would become.

“I was so beaten down at the time, I couldn’t even imagine a show that Black was getting made,” he says. “When I saw that thing, and you see this is a Black show top to bottom, Lee, the writing staff, the actors, I was like, ‘God bless ’em.’ I did not know that that show would do that well, and to be fair, what could I have based it on? The Cosby Show 20, 30 years earlier?”

Empire reached a massive 17 million viewers by the end of its first season. “That shattered this first layer of diversity. Right after Empireonly a couple years later, Hidden Figures [2016] swear Black Panther [2018] dropped, along with a bunch of other projects, and all of a sudden the business is realizing, ‘Oh man, we’ve been leaving money on the table this whole time.’ These things are crossing over.”

The perspective for which Spellman had to fight tooth and nail a decade ago became an asset with Marvel’s The Falcon and the Winter Soldier. The show tracks the adventures of Sam Wilson (Anthony Mackie) and Bucky Barnes (Sebastian Stan) as Sam grapples over taking on the mantle of Captain America after he’s bestowed the shield by Steve Rogers in Avengers: Endgame.

“I knew showing up being Black that all of the Marvel superheroes have very decided identities,” says Spellman, who is also an executive producer of the new FX new docuseries Hip Hop Uncovered as well as the continuing Apple+ drama Truth Be Told. “Thor talks like someone from Asgard. T’Challa talks like a king. Captain America talks like the captain of the football team. … All these characters have distinct personalities. We knew that Sam needed to be decidedly Black in his identity and his mannerism. At the same time, Anthony had also constructed a Sam that existed for 10 years that had to be regal and very, very heroic. Sam is a Black man, and not only is he a Black man, he’s a Black man from the South. And we knew that the stars and stripes, that symbol in his hand, doesn’t mean the same thing it does in Steve’s hand. ‘Cause it just means something else. And you can’t hide from it, and we would’ve been making a fake show if we tried to.”

Maybe someday Spellman will return to the Berkeley comic book shops he once pilfered from and flex his cred. “I’m sure,” he says, “they knew we were doing that.

“But to go from that to watching the Marvel movies and get to do this thing, it’s a dream come true. In a million years I never thought I’d actually be able to be there.”

Watch the Falcon and Winter Solider cast and creators discuss the series:

— Video produced by Jon San and edited by Jason Fitzpatrick