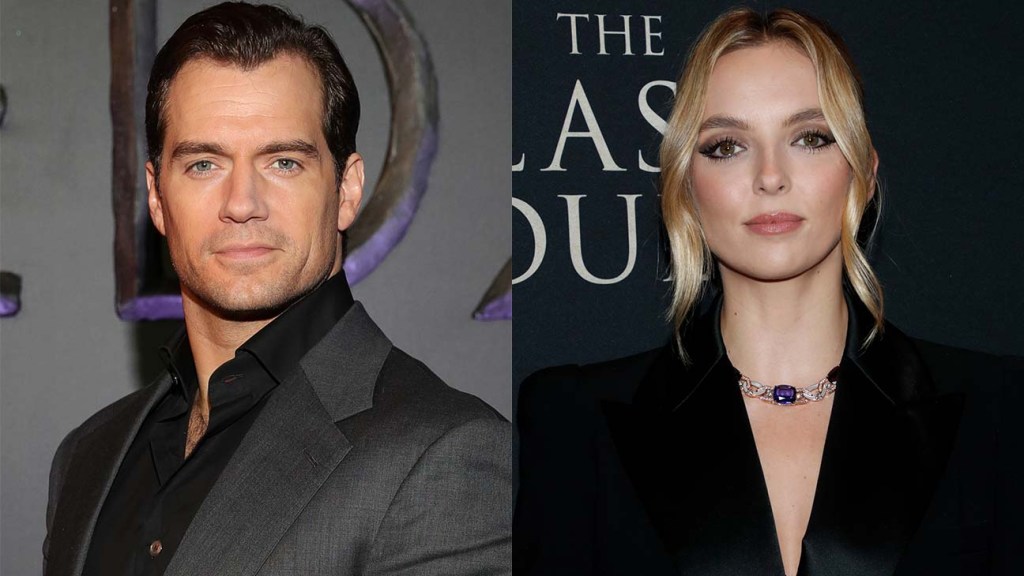 As the dust settled on Marvel’s D23 presentation, fans had a number of reveals to chew on — from castings for the Thunderbolts and Captain America: New World Orderto trailers for Secret Invasion and Werewolf by Night. What they didn’t get? Henry Cavill and Jodie Comer in the MCU or complete castings for the Fantastic Four that were rumored on Twitter, despite those rumors having no apparent basis in reality.

Yes, the rumor mill is always churning. Fans crave the knowledge of what’s coming down the pipeline, to see their speculations validated, and their impatience alleviated. It’s (mostly) understandable and in good-fun. But false scoops have begun to impact, however slightly, the public opinion on official announcements and even shape the conversations surrounding films. It’s ultimately a minor concern at present in the grand scheme of things, but interesting in respects to how social media continues to drive fan-culture and how that relationship will continue to evolve.

Reading scoops is often part of the excitement for many fans, and there are a good handful of scoopers who are consistently reliable. Though, as we’ve seen recently with this past weekend’s D23, unreliable scoopers have thrived off the attention that comes from putting out shaky information, and backing it with their likely non-existing “trusted source.” Entire websites and accounts had dedicated themselves to this misinformation. It’s nothing new. I still remember when Star Wars Episode II was painstakingly titled “The Creeping Fear” back in the early 2000s when I was still using dial-up. And before that, rumors floated freely on message boards and in fanzines. It’s often harmless fun, and those of us who can spot a lie can usually shrug them off or at least poke fun at the nonsense. I mean, of course Daniel Day-Lewis isn’t going to play Doctor Doom.

Should these faux reporters be called out for their lies? Some critics and media pundits seem to think so. Others are content with allowing them to simply be noise to listen to or avoid at your discretion.

Earlier this month a man running a Twitter account mostly known for sports commentary and a racing podcast claimed he was reliably informed that the actors John Boyega, Cavill, Comer, Daisy Edgar-Jones, John Krasinski, Giancarlo Esposito and Denzel Washington would all be announced to be joining the MCU by Kevin Feige at the D23 Expo. The tweet amassed 14 thousand likes, and was shared and re-shared across the internet. Fans tried their hardest to pair up the actors with likely characters they might be playing. Fan art was made. YouTube videos were uploaded. And small, yet confidently smug, feuds began on Twitter over whether X actor was the right fit or age or talent for X character. Family members texted me asking if I’d heard about the list of actors and if it was true. So how many of the account’s talent was confirmed at D23? None. Zero. Not a single one.

It would be funny, and it still is a little funny regardless, if it didn’t immediately lead to those who fully bought into what this account was selling being sour over the announcements. “We were promised Fantastic Four and X-Men casting,” some accounts bemoaned, despite that never being the case. “Maybe they cut those announcements from the panel because of the leak,” others tried to rationalize, despite the theory holding no water.

It’s not as though we need to feel grateful to a giant media corporation for what is essentially a self-invested advertisement fair, but I am amused by the complaints the fans weren’t given enough when there were two publicly released trailers and several major casting announcements.

This came on the heels of July’s San Diego Comic-Con which unveiled most of the Phase 5 and 6 slate, after some hilarious claims that the MCU no longer had a plan. One account tweeted that Marvel no longer seemed to care about what the fans wanted, which was a funny sentiment considering these films sell themselves and everyone complaining is going to see them whether they’re announced during a panel or not. No, we don’t need to be grateful. But at the same time, we don’t need to see any of these announcements for tickets to sell and streaming numbers to soar. It’s purely fan-service.

But beyond the immediate disappointment from some fans about a panel not lining up with a “scoopers” claims, there’s also the effect on reactions to the films themselves. We saw some of this with Doctor Strange in the Multiverse of Madnesswhich had some fans, working off of rumors from “reliable sources,” going in and expecting the equivalent of Secret Warsrather than a Doctor Strange sequence. Because of false scoops, some people went ahead and wrote Multiverse of Madness in their heads, a film that featured Tobey Maguire’s Spider-Man, Andrew Garfield’s Spider-Man, Nicolas Cage’s Ghost Rider, Wesley Snipes’ Blade, Ioan Gruffudd’s Mister Fantastic, Hugh Jackman’s Wolverine, Ben Affleck’s Daredevil, Ryan Reynolds’ Deadpool, alongside MCU characters, Loki, Sylvie and Kang. O

Oh, and Chris Evans coming back as HYDRA Cap. And also, Tom Cruise as the Superior Iron Man. And I guess somewhere in there Doctor Strange would have had a cameo.

It’s not that the lack of any of those characters had an impact on the box office, or overall positive reception, or that there weren’t valid criticisms concerning other aspects, but it did exacerbate this issue of certain fans feeling like they are owed something because they read a rumor online.

So, I can’t help but wonder what happens if Jodie Comer isn’t cast as Sue Storm after fans have already decided she’s “perfect” for the role because a scooper claimed it was true. What actress will have to contend with fans claiming she’s not as good of a pick as some other actor who may not have even been up for the role? And if the actress cast as Sue isn’t a white, blonde woman? Well, we already know how too many people will react to that.

What happens when characters said to be part of a film are absent because they were never part of the pitch? There’s been some groaning over the fact that Red Hulk was not included in the announced line-up of Thunderbolts, despite having only been a member in one particular run from nearly a decade ago. One person tweeted at me to inform me that we were promised Red Hulk in She-Hulk: Attorney at Law (we weren’t), so he must be in Thunderbolts.

I found it potentially troubling that there is now backlash from audiences who conflate an unreliable scoop with an actual promise from a studio or filmmaker. It’s a mere annoyance at the moment, but I think we’re going to start seeing more vocal reactions about these projects not living up to what some scooper said.

I don’t necessarily think it will affect the creative process, but it will affect the conversations around these films, and potentially leave less space to judge the film on its own merits if too many fans become more interested in the visions of so-called scoopers than filmmakers. Call it hunch. Call it a rumor. Hell, call it nonsense. But please, don’t call it a scoop.