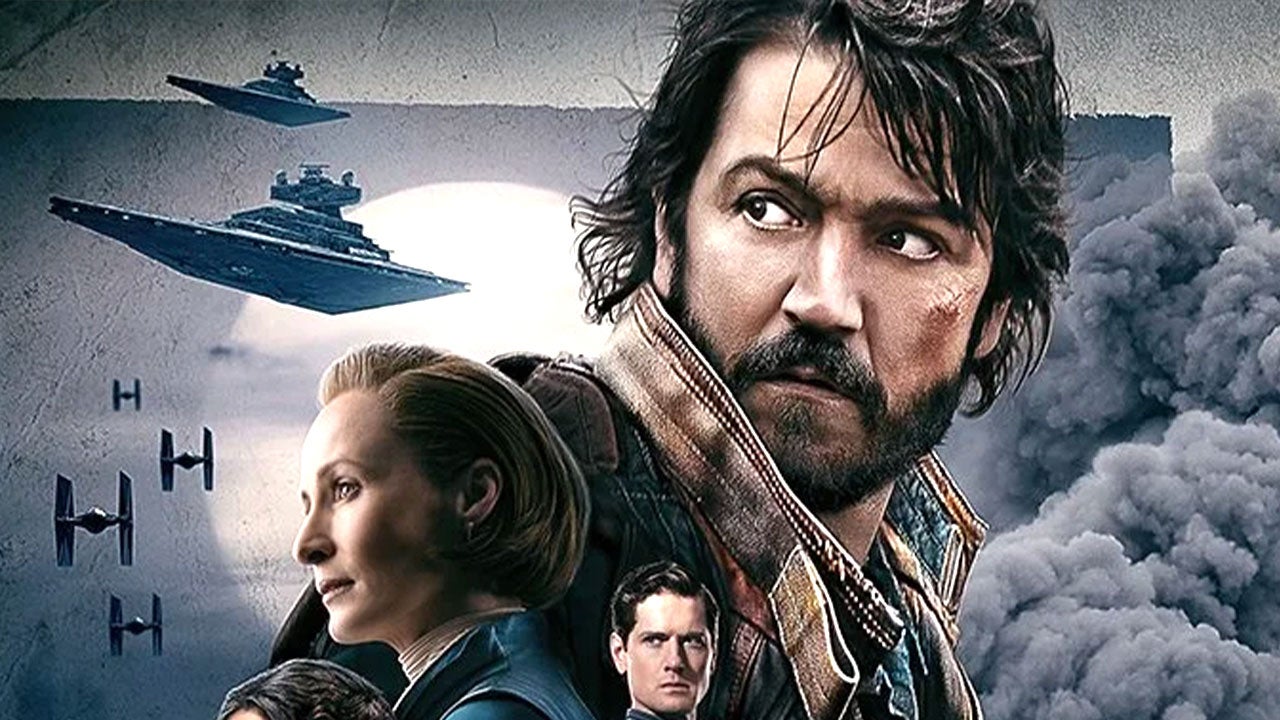 We are expecting big things from the MCU and that galaxy far, far away, and we will gather each and every announcement and trailer here for you so you don’t miss a thing.

The first trailer for Season 3 of The Mandalorian has been revealed and it gives us our first look at the new adventures Mando and Grogu will be going on in 2023. The trailer has the tagline of “You are a Mandalorian no more,” which was said by The Armorer after she learned that Din Djarin had taken his helmet off. We also see the growing conflict between Mando and Bo-Katan as well as Mando and Grogu’s return to Mandalore.

Marvel’s Secret Invasion Gets a New Trailer at D23

Marvel’s Secret Invasion has been given its first trailer AND it has been revealed to the public. In the footage, we get to see Nick Fury and James Rhodes having a conversation at a bar, and Fury is trying to warn Rhodes that the invasion is here. The trailer also features Ben Mendhelson, Martin Freeman, and Olivia Colman.

Marvel’s Thunderbolts Confirms Its Line-Up of Heroes, Including The Winter Soldier

Loki Season 2 Gets a First Look at D23

While it was only shown behind-closed-doors, the first footage of Loki’s second season was revealed and it shows more of Loki’s return to the TVA offices after the first season. Alongside glimpsed of a statue of Kang, Slyvie, Loki variants, and Mobius, it was also confirmed that Everything, Everywhere, All At Once’s Ke Huy Quan will be joining the cast.

We weren’t treated to any footage of Daredevil: Born Again, but it was confirmed that the upcoming Disney+ series will be 18 episodes and that, according to star Charlie Cox, it’s going to be “emotional. It’s really, really emotional.”

Star Wars: Andor is set to have its three-episode premiere on Disney+ on September 21 and serve as a prequel to Rogue One: A Star Wars Story. A new trailer at D23 gave us another big look at what we can expect from the newest Star Wars adventure, including glimpses of Mon Mothma, Cassian Andor, Saw Gerrera, and more.

The Marvels First Trailer Revealed at D23, Bringing All the Marvels Together

The first trailer for The Marvels has been revealed to those in attendance at D23, and it gave us a glimpse at what Ms. Marvel, Captain Marvel, Monica Rambeau, and Nick Fury have been up to Saber Space Station. The film will also pick up where Disney+’s Ms. Marvel ended.

A new trailer for Black Panther: Wakanda Forever has been revealed behind closed doors at D23 and it opens with Angela Bassett’s Queen Ramonda appearing at the UN, saying, “The King is dead. The Black Panther is gone. They have lost the protector. “

While it has yet to be shown to the public, D23 revealed the first trailer for Indiana Jones 5 behind closed doors at the Marvel, Star Wars, and 20th Century studio showcase.

Tim Blake Nelson, who first appeared in 2008’s The Incredible Hulk as The Leader/Samuel Sterns, will be returning to the MCU after 14 years in 2024’s Captain America: New World Order.

While not overly surprising, Marvel head Kevin Feige has said that Ant-Man and the Wasp: Quantumania will serve as a “direct line into Phase 5 and [Avengers:] Kang Dynasty.” We figured Quantumania would be a big deal as it will be the big screen debut of Jonathan Majors’ Kang the Conqueror. D23 attendees were treated to behind-the-scenes footage and it revealed more of the film’s story and even gave a glimpse of the villain MODOK.

After months of reports and rumors, Marvel has finally confirmed that its Disney+ Halloween Special is an adaptation of Werewolf By Night. The trailer opens up with black and white footage reminiscent of a 1940s horror movie, and it then shows the cast in a spooky mansion and a glimpse of the werewolf, who will be played by Gael Garcia Bernal.

D23 gave the audience of today’s panel a look at a few new clips of Avatar: The Way of Water. The clips showed off the beautiful world of Pandora, the Na’vi diving and their children playing with fish, Sigourney Weaver’s Kiri recording a video diary, and Na’vi kids getting into a fight with Na’vi in ​​Earth soldier uniforms.

While Disney did not share the clips with the public, it did reveal a new piece of concept art for the film.

Star Wars: Ahsoka was discussed at D23, but no trailer was revealed to the public. Instead, Disney’s Jon Favreau discussed bringing this series to life and how the character of Ahsoka if Dave Filoni’s ‘magnum opus.’

Star Wars: The Bad Batch is officially returning for its second season on January 4, 2023, and it will consist of 16 episodes. Two episodes will premiere on January 4, and the rest will air weekly. We didn’t get a new trailer at D23, but one shouldn’t be too far away.

Star Wars: Tales of the Jedi Original Shorts Get Their First Trailer and a Release Date

Star Wars: Tales of the Jedi, a series of six original stories that focus on Ahsoka, Qui-Gon Jinn, Count Dooku, and more at different parts of their lives, has received its first trailer and the news that all of the shorts will debut on October 26.

Marvel’s Echo Gets a First Trailer

Echo, the upcoming MCU spin-off that will also star Daredevil and Kingpin, got its first trailer that gives a glimpse into Echo’s past and sees her face-off against an old friend, we won’t spoil it here.

The first footage of Ironheart, the MCU solo series focused on Dominique Thorne’s Riri Williams, has debuted at D23 behind closed doors. The footage showed what appears to be Riri talking to a high-tech necklace, and more of her adventures building things as a student at MIT. We also get a glimpse of her in her Ironheart suit of armor.

A new trailer for Willow was revealed at D23 and it showed more of the sequel to the 1988 classic film of the same name. Alongside the trailer, it was revealed that Christian Slater will be joining the cast, although we didn’t learn too much about his character at the panel.