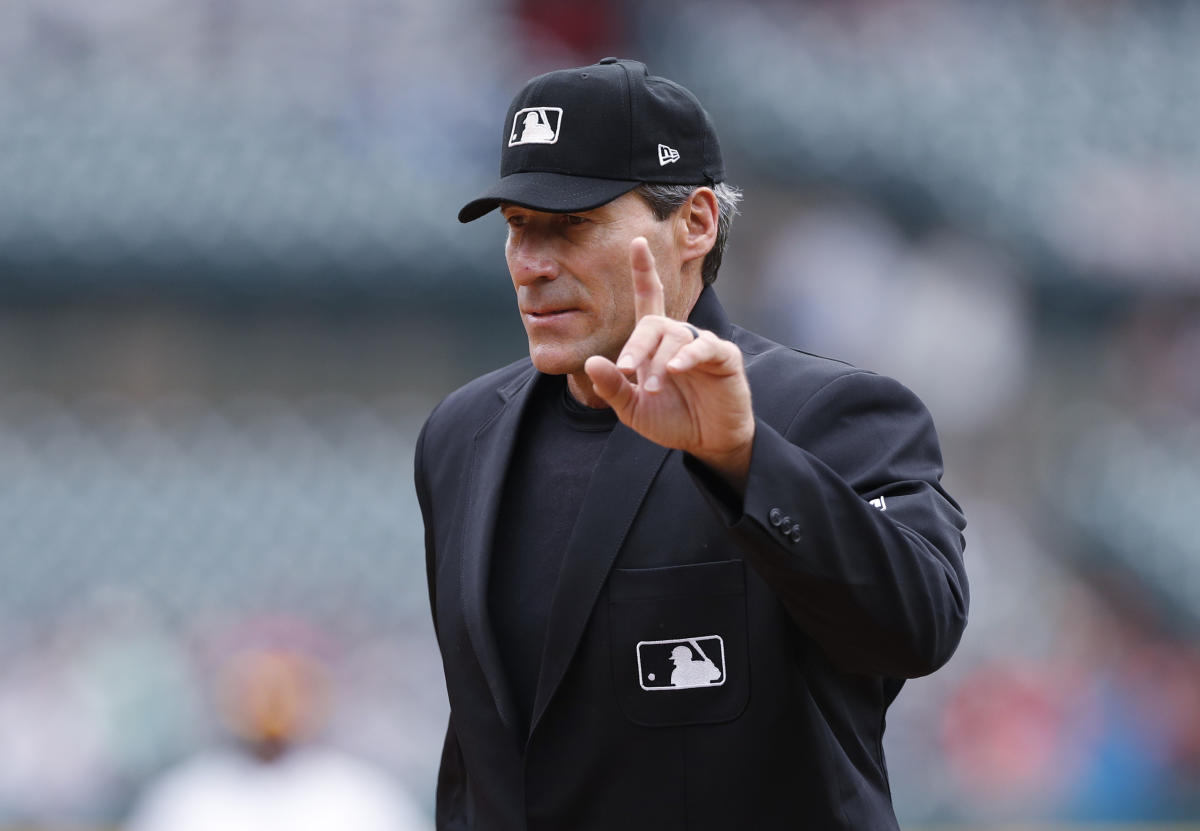 Baseball players and fans have long lamented that umpire Angel Hernandez is bad at his job.

In a legal filing issued on Monday, MLB agreed with the sentiment in no uncertain terms.

Hernandez has worked as an MLB umpire since 1993. In 2017, he sued MLB claiming that he was denied a crew chief role and World Series work because of racial discrimination. US District Judge J. Paul Oetken ruled in favor of MLB in 2021, tossing out the lawsuit while ruling that “no reasonable juror could find that MLB’s stated explanation is a pretext for discriminatory motive.”

Hernandez challenged the ruling in June in an appeal claiming that “MLB was manipulating the performance of Mr. Hernandez and other minority umpires” in their year-end reviews. Per the Associated Press, MLB issued a 58-page legal response to Hernandez’s appeal on Wednesday. In it, MLB once again denounced Hernandez’s claim as without merit.

“Hernandez has not presented, and the record does not contain, a scintilla of evidence that MLB’s actions were based on his race or national origin,” the filing reads.

It went on to cite multiple instances in which MLB believes Hernandez failed at his job, most notably three missed calls in the 2018 AL Division Series between the New York Yankees and Boston Red Sox that were ultimately overturned. MLB argues that then-chief baseball officer Joe Torre selected Hernandez for the ALDS “with the intention of providing him an opportunity to umpire in the World Series that year.” It was his performance in that ALDS that cost him a spot in the World Series, MLB argues.

“Hernandez did not capitalize on that opportunity and did not rise to the occasion,” MLB’s filing states. “This was the first time since the advent of expanded instant replay in 2014 that an umpire had three calls overturned in a postseason game.

“Based on his performance during that Division Series playoff game, Torre was not confident in Hernandez’s ability to perform effectively on an even more intense stage, and for this reason did not select him for the World Series that season.”

MLB wasn’t done. It also cited an infamous 2013 call in which Hernandez — then crew chief — failed to overturn an obvious ninth-inning home run by Oakland A’s infielder Adam Rosales against Cleveland that was incorrectly ruled a double. Hernandez’s crew refused to correct the call despite the benefit of replay review and video clearly showing the ball clear the wall and bounce back onto the field after hitting a railing. Cleveland won the game, 4-3.

“For years, Hernandez has refused to admit that the call he made was incorrect and instead has attempted to blame the quality of the replay equipment,” MLB’s filing reads. “Hernandez’s inability to put the Cleveland incident behind him — and his continued insistence that others were at fault for his wrong decision — was emblematic of why Torre considered him to be unsuitable for World Series assignments and a permanent crew chief role.

“The issue was not the bad call itself, but Hernandez’s reaction to his mistake.”

MLB acknowledged at the time that Hernandez got the call wrong.

There’s more. MLB criticized Hernandez for what it argues is his tendency to eject managers rather than defuse on-field conflicts with warnings. It also blames him for creating problems in the first place via poor communication.

“Hernandez has been quick to eject managers, which enflames on-field tensions, rather than issue warnings that potentially could defuse those situations,” the filing reads. “Hernandez also has failed to communicate with other umpires on his crew, which has resulted in confusion on the field and unnecessary game delays.”

MLB also brought up the time Hernandez allegedly eavesdropped on an MLB call about a 2019 game between the Red Sox and Tampa Bay Rays that was delayed by nearly 20 minutes because of an umpiring issue overseen by Hernandez. Torre wrote in a previous filing that the delay occurred because Hernandez didn’t know the rules.

“During that investigation, MLB concluded that Hernandez intentionally and deceptively eavesdropped on a confidential conversation with another umpire on his crew in order to hear what that umpire would say concerning the incident; and when MLB asked Hernandez about it, he lied about his conduct,” MLB’s filing reads.

A lawyer for Hernandez argued in 2020 that Hernandez was invited to the call.

“There is an old saying among lawyers if you have nothing to say about your clients attack the victim,” Kevin Murphy said, per The Athletic. “Angel Hernandez did not eavesdrop, he was invited onto that call … and MLB told Angel he made the correct decision.”

MLB also reiterated a previous claim that Hernandez asked then-Cincinnati Reds pitcher Homer Bailey for 11 autographed balls after he threw a no-hitter in 2012, according to AP.

Per AP, Hernandez’s lawyer Murphy did not respond to an email on Wednesday seeking comment.