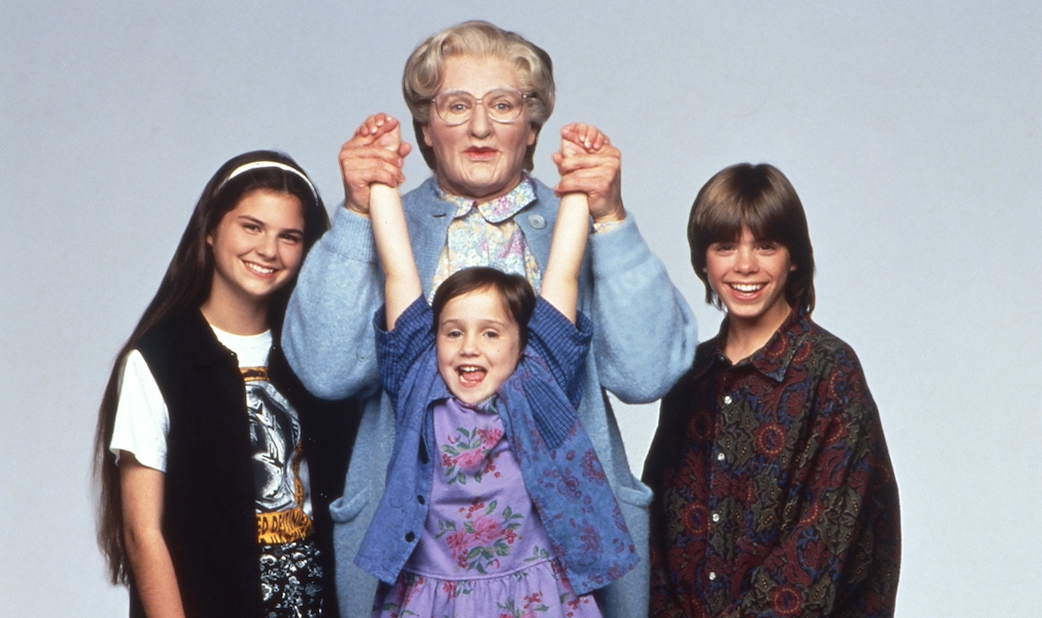 Are the kids alright? is Yahoo Entertainment’s video interview series exploring the impact of show business, from triumphs to traumas, on the development and well-being of former child entertainers.

By the time that actress Lisa Jakub was 14, she had already appeared in movies like 1992’s Matinee and the TV series Night Court, and then found herself making a movie with superstar Robin Williams. As Jakub recalls, the star of Mork and Mindy, Hook and Dead Poets Society — a year out from voicing the genius in the box-office smash Aladdin — was hot in Hollywood, but he was as approachable as ever to the young star who played his eldest daughter.

“One day on set,” Jakub tells Yahoo Entertainment, “I was very upset, because I had received this letter from my high school saying that it was too difficult for them to work long-distance with me and that I just shouldn’t come back to high school. I had been working with an on-set tutor and sending my work back to the high school, but that just wasn’t working for them anymore, so they just kinda broke up with me. And I was really upset about that, and Robin, just being perceptive and kindhearted, reached out and was like, ‘Hey, what’s going on?’ I told him what happened, and he wrote a letter to my school asking them to please reconsider. Would they work with me in trying to balance my education and my career? And he didn’t think that that was fair.”

The Toronto native’s high school did, in fact, receive the letter, which they framed. Unfortunately, it did not persuade them.

“But what I love about that story and what I love about Robin, it’s just the fact that he would do that for someone, that he would go out of his way, that he would take the time to realize that this would be important, Jakub says. “And even if it didn’t work, somebody needed to stand up, and he did that for me. I don’t know if he ever knew how massive that was and how much I felt like he was in my corner. And how much that really shifted things for me and made me think about, ‘What is the impact I wanna make in the world?'”

Jakub, now 42, stopped acting in 2000. Today, she’s a mental wellness coach and an author who’s written several books, including: Not Just Me: Anxiety, Depression, and Learning to Embrace Your Weird; You Look Like That Girl… A Child Actor Stops Pretending and Finally Grows Up; and (Don’t) Call Me Crazy: 33 Voices Start the Conversation About Mental Health. She walked away from the entertainment industry in 2000, after having spent a good 15 years — most of her childhood — working in it. mrs. Doubtfire stands out as a bright spot. Besides Williams, who played her dad, her co-stars were Sally Field as her on-screen mom, and her movie siblings, portrayed by Matthew Lawrence and Mara Wilson.

“Sometimes I felt protected by specific people, but then on some shoots, I felt very unprotected. It felt like I was just sort of thrown into a very adult world. So it definitely changed from set to set,” Jakub explains. “mrs. Doubtfire was one of the sets that did it so well. Robin and Sally were so wonderful to us. Matt and Mara and I were really, really close, and so we all felt like family. Sally did an amazing job both treating us like we were kids and treating us like we were professionals. She would bring us games and books and things to remind us, like, ‘hey, we’re kids. We can mess around. We can have fun. We can enjoy.’ But we were also treated with this respect, that we were expected to show up on time, be prepared, to know our lines and be part of this work situation that was serious and intense.”

Jakub notes that Williams, who died in August 2014, had some very personal conversations with her. He broached the subject of addiction, which he had struggled with, as well as mental well-being. This was more than two decades before Williams died by suicide. (His widow, Susan Schneider Williams, has disclosed that he’d been diagnosed with early symptoms of Parkinson’s disease. His autopsy found that he was suffering from a condition called Lewy Body Dementia, which causes a progressive decline in mental abilities.)

“Robin was everything that you would hope he would be, and he was very open and honest with me about his issues with anxiety and depression,” Jakub says. “I was able to share with him that anxiety was something that I struggled with, and he would talk to me about mental health issues in a way that 14-year-olds aren’t usually used to adults being really open about those sorts of personal experiences with them.”

He also warned her against substances.

“That was a route that he had gone down with addiction and that it just made everything worse,” Jakub says. “And I think, as a 14-year-old kid actor, it’s a really good story to get, a really message to hear, because that does tend to be a well-worn path for a lot of kid actors.”

Jakub continued to act for a while — notably appearing in 1996’s Independence Day — but ultimately decided that it just wasn’t for her.

“So by the time I got to my early 20s, I think some of the realities of the film industry started to hit me,” she says. “The superficiality, the competition, the lack of privacy — all of these things started to pile up for me, and my anxiety, my depression was pretty much just off the charts. And I really hit this point that I think a lot of us hit, where one day we kind of wake up and go, ‘What am I doing with my life?'”

Jakub realized she wanted to find something more fulfilling, and she settled on the field of mental health, which includes sharing her story.

“The other thing that I do is that I lead workshops on mental wellness, on mindfulness, on ways to use yoga and meditation as tools for anxiety, depression,” she says. “And I feel like that is one of the ways I’m kind of paying forward some of the things that Robin taught me by being so open.”

— Video produced by Jen Kucsak and edited by John Santo