We’ve got questions, and you’ve (maybe) got answers! With another week of TV gone by, we’re lobbing queries left and right about lotsa shows including NCIS: Hawaii, Reboot, Andorra and the Law & Order crossover event!

2 | Wouldn’t/shouldn’t SEAL Team‘s Lisa have started speaking much sooner after Stella opened the door, instead of giving Clay’s wife even two seconds to fear the worst?

3 | Any House of the Dragon fans joining us in wishing the doomed Lady Rhea had been around for more than a few minutes in one episode?

4 | Ace creative as Tales of the Walking Dead was, wouldn’t your interest in the series have been 100 times greater if all of the episodes, rather than just one, had revolved around characters in whom we already had some investment? 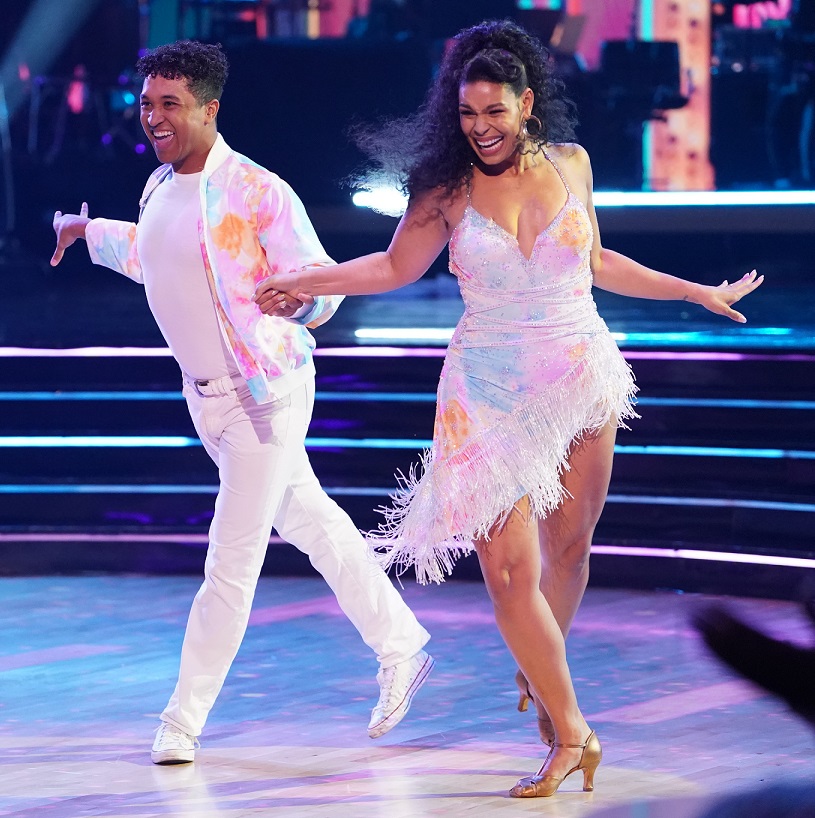 5 | Not that we wanted Dancing With the Starspremiere episode to go on forever, but why was the show in such a rush to wrap up at the end? Doesn’t streaming on Disney+ mean you can go a few minutes past 10 pm? Also, were you almost craving a commercial break — or any intermission between the dances — after a while?

6 | Would NCIS‘ Vance have really made NCIS: Hawaii‘s Jane and Ernie fly nine hours each way for a planning meeting?

7 | Did any fan base’s season get off to a better start than NCIS: Hawaii‘s #Kacy ‘shippers? (Speaking of which, is it too early to also ‘ship Kai and “Bam-Bam”?) And if you happened to catch Confess, Fletch at the movies last weekend, did Bam-Bam remind you of Griz?

8 | He Bob Hearts Abishola, how good was Maribeth Monroe’s impression of Christine Ebersole’s TV mom? If you closed your eyes, you’d never know that it was Christina, not Dottie!

9 | If The Neighborhood‘s Miss Haninigan origin story movie was real, who would you cast in the title role?

10 | We know it was a bit, but in 2022, was it really a good idea for The Voice to have an old white guy (Blake Shelton) repeatedly, literally “muting” a woman (Camila Cabello)? Also, can the show please stop using animals as props? (That poor goat!)

11 | Why would The Cleaning Lady‘s Thony risk going back to the motel to identify Marco’s body, when she’d likely be (and was) spotted by the manager to whom she lied earlier? And was she naïve not to think there might be security cameras?

12 | Which Industry character is more entitled: Harper or Yasmin? Do you believe Harper when she said she didn’t know she was participating in insider trading? Who do you think brought her fake transcript to the firm’s attention? And is anyone else suspicious as to why, exactly, Harper is so against moving back to New York? (Could she be running from something we aren’t privy to yet?) 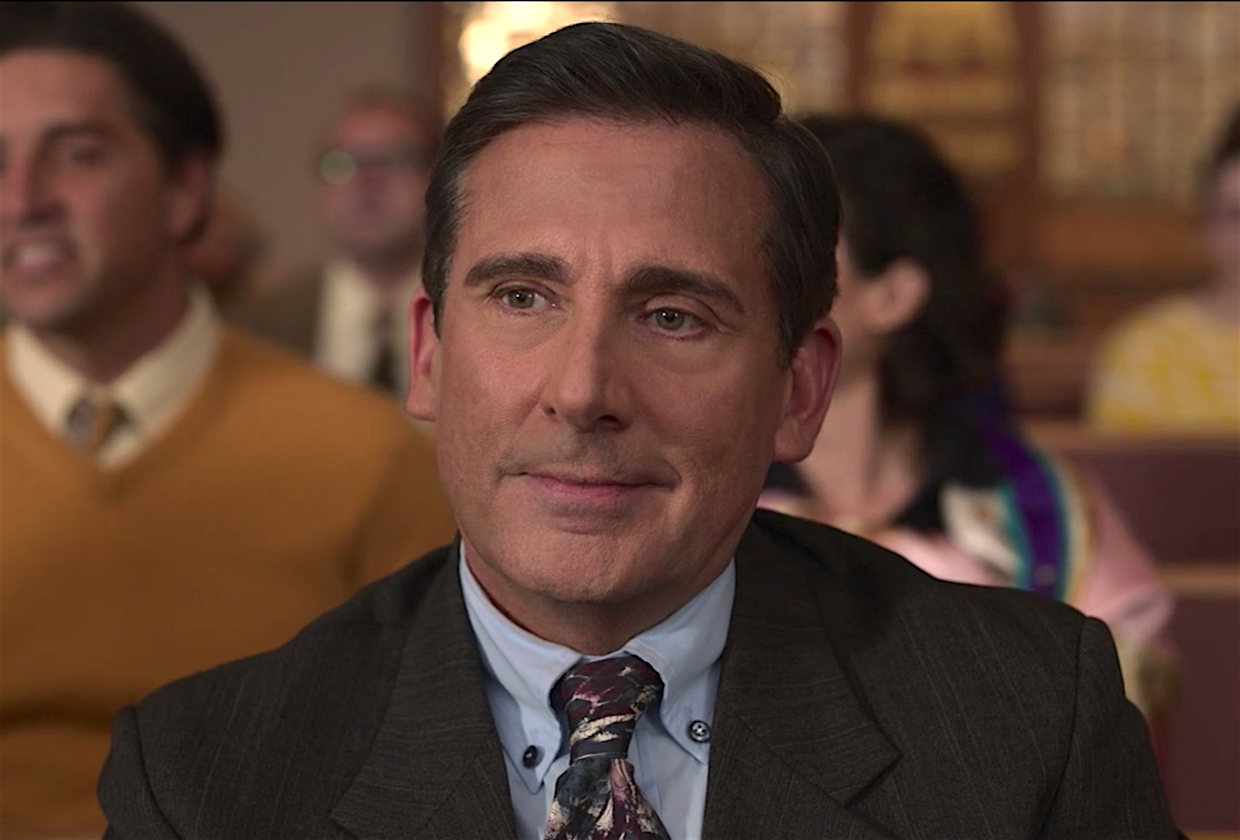 13 | As well crafted and engrossing as Hulu’s The Patient is, are you finding it challenging to muster up the enthusiasm to watch each week given the series’ increasingly bleak and demoralizing trajectory? Plus, didn’t Steve Carell, without his beard and gray hair in that flashback, look just like Michael Scott again? 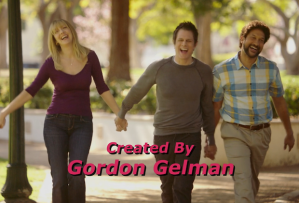 14 | Why does Reboot‘s show-within-a-show Step Right Up, which apparently aired in the early 2000s, looks like a Miller-Boyett sitcom out of the ’80s, right down to the cheesy main title sequence? While watching the fake Hulu execs rattle off a list of sitcom revivals, reboots and sequel series, did you notice that the only one they didn’t referred to by the original series’ title was Hulu’s very own How I Met Your Father? Had you gone in not knowing that the series was created by Modern Family‘s Steve Levitan, would you have had a hunch after that familial twist at the end of Episode 1?

15 | The Bachelorette aired a three-hour (!) season finale, yet couldn’t find any time to meaningfully address Erich’s blackface yearbook photo? The one topic actually worthy of a pointed discussion? And didn’t Aven’s white-knight arrival at the end of Rachel and Tino’s breakup feel like a manufactured way to give her a happy ending? (Did she forget why she dumped Aven in the first place?) 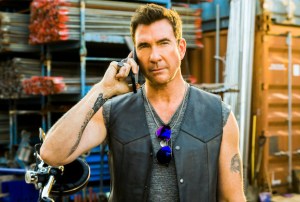 16 | Did FBI: Most Wanted overdo it a bit with Barnes locking horns with new-ish team leader Remy upon her return from maternity leave? Also, could Remy’s undercover “biker” persona have screamed “cop!!!” any louder? (Yikes, did he really say at one point, “All good in the wood”??)

17 | The Handmaid’s Tale viewers: After all this time and all these attempts, can anything kill Janine?

18 | He Andorrawhat is Karn’s boss gonna think when he discovers his DI not only didn’t cover up the guards’ deaths, but instead launched a full manhunt that got probably a half dozen sea corps killed? 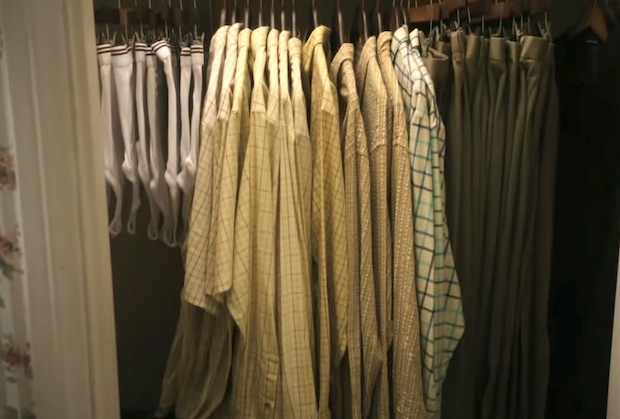 19 | Did The Goldbergs premiere’s biggest laugh came when Erica revealed her mother’s “shrine” to dearly departed Murray? So many tighty-whities!

20 | We know the Powers That Be have their hands tied, but isn’t it strange to see a new Conners title sequence featuring Ben, thigh note Louise and Neville (played by recurring guest stars Katey Sagal and Nat Faxon)? And if the Lake Michigan cabin had no cell reception, how exactly did Darlene get an Uber home? (And could she have afforded an Uber to take her the hundred-or-so miles back to Lanford?)

22 | Until you think Chicago PD‘s Upton and Halstead meant it when they said they were good with each other? 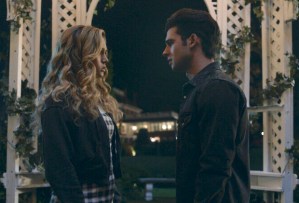 23 | Given the buildup, you didn’t expect Stargirl‘s Cameron to do something a bit more elaborate/Elsa-like with his ice powers there in the gazebo/park, instead of simply creating a few flurries?

24 | Now that everyone Survivor player ever knows that a boat ride equals a potential advantage, how is anyone expected to keep anything secret? And should the show have nixed the Shot in the Dark, just like it did Hourglass and Do or Die twists? 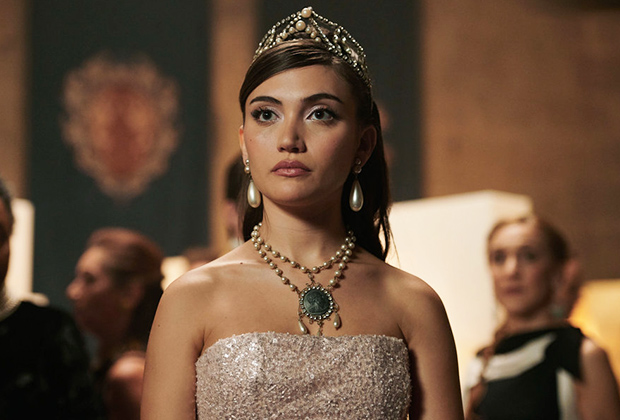 25 | Does Vampire Academy old Daniela Nieves (aka Lissa) kind of remind you of The OriginalsPhoebe Tonkin?

26 | He She-Hulk, did Mallory and Nikki’s conference with Mr. Immortal’s many spouses span the same amount of time as Jen’s two-day wedding event…? Speaking of which, Jen had received the glitter-filled invitation to be a bridesmaid just prioror was the cold open a flashback of sorts?

27 | Rings of Power fans, who wants a spinoff with just Elrond and Durin?

28 | During ABC’s Norman Lear tribute specialdid the person who arranged seating for the roundtable talk not realize that Jennifer Aniston would almost never make it into the camera frame?

29 | Regarding Thursday’s Law & Order crossover event: 🅐 For the first half of Organized Crime/Part 1, were you convinced it was an episode of the mothership? 🅑 Does Mehcad Brooks’ Shaw already feel like a better fit than Anthony Anderson’s Bernard was working opposite Jeffrey Donovan’s Cosgrove? 🅒 While we get why the OG Law & Order had to air as Part 3, could that last hour — with the exception of the shootout that nearly took Rollins’ life — have been any more sleepy? 🅓 How were viewers supposed to concentrate on the case at hand when Rollins’ fate was left in the air until the very end? 🅔 And where the heck was Carisi for the two-plus hours that preceded Rollins’ injury?

Hit the comments with your answers — and any other Qs you care to share!