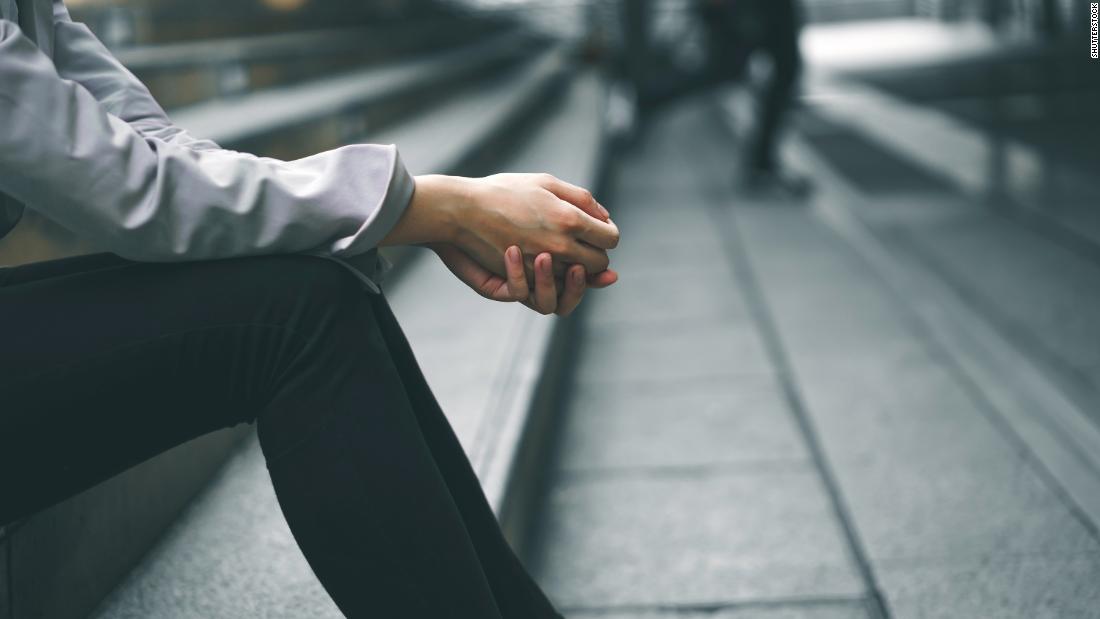 This jump is probably due to a combination of increased need and better access to treatment, said Calliope Holingue, a psychiatric epidemiologist and member of Johns Hopkins University’s COVID-19 Mental Health Measurement Working Group.

“The pandemic has spurred an important conversation about the need to take care of ourselves. In the population as a whole, we’re seeing that reflected,” she said.

Overall, the CDC report found that the increase in mental health treatment was driven largely by adults under the age of 45.

“This young adult group is encountering the pandemic at a very vulnerable life stage. It’s the stage at which disorders such as anxiety disorders and depression are at one of their highest levels across the life course,” Holingue said. “So there is this sort of natural vulnerability there, at the same time that the pandemic is happening.”

The report also found that women were consistently more likely than men to have received treatment for mental health, by a difference of more than 10 percentage points each year between 2019 and 2021. In 2021, more than 1 in 4 women (29%) reported receiving mental health treatment compared with fewer than 1 in 5 men (18%).

The World Health Organization has called attention to a “massive” increase in anxiety and depression globally. Prevalence shot up 25% in the first year of the pandemic, according to a scientific brief — a finding that WHO Director-General Dr. Tedros Adhanom Ghebreyesus called “just the tip of the iceberg” in understanding the toll the pandemic has taken on the world’s mental health.

“This is a wake-up call to all countries to pay more attention to mental health and do a better job of supporting their populations’ mental health,” he said.

In the US specifically, Holingue says, there was a “peak increase in mental distress” in the early months of the pandemic amid fear, uncertainty and change. That has tapered off, but with lingering effects.

Drug overdose deaths, for example, have continued at record high levels into 2022.

“The Covid-19 pandemic exacerbated numerous social stressors that we know can increase the risk of both substance use and mental illness, alongside substantial changes to the illicit drug supply,” said Dr. Nora Volkow, director of the National Institute on Drug Abuse,

But, she said, increases in mental health treatment as found in the CDC report “may not be a negative signal in and of itself” because it could mean people are connecting with the help they need.

“For many people, drug and alcohol problems begin as self-medication for other mental health symptoms. Half of people with a substance use disorder have another mental illness at some point, and vice-versa,” she said. “Fragmented and hard-to-access mental health care means that these conditions and addiction often go untreated.”

Better access to telehealth has broadened treatment options — but not for everyone, Holingue said.

In addition to the coronavirus, 2020 and 2021 brought increased anti-Asian hate crimes and protests against police brutality and racism in the wake of George Floyd’s death. In April 2021, CDC Director Dr. Rochelle Walensky declared racism a serious public health threat.

But people of color are less able to access mental health services because of things like economic inequities and lack of diverse providers, Holingue said.

“We’re seeing an increase in the white population, and that’s great, but we’re seeing a smaller increase in people of color. So what we need is an even larger increase to happen in those groups in order to be more confident that that disparity in care is narrowing,” she said.

Other studies from the CDC have shown the heavy toll the pandemic has had on the mental health of children, too. Mental health-related visits to emergency rooms jumped 31% in 2020 over 2019 for adolescents ages 12 to 17. And in early 2021, suicide attempts among adolescent girls were more than 50% higher than they were in 2019.

Data for the new CDC report was collected by the National Center for Health Statistics as part of the National Health Interview Survey. Individuals were considered to have received treatment for mental health if they reported getting counseling or therapy or taking prescription medication for anxiety, depression, concentration, behavior or other emotions in the past 12 months.

This summer, the US Department of Health and Human Services launched 988, the National Suicide Prevention Lifeline for mental health crises.

This is a “somewhat promising” step forward, but Holingue says improvements to mental health will improve only incrementally unless there is a renewed level of investment.

“While mental health services are really critical, I think on a societal level, they’re not enough to truly protect the public’s mental health,” she said. “We need greater commitment from the government at all levels to the causes of this poor mental health. These include the ongoing pandemic, but also things like the housing crisis, the climate crisis, gun violence, racism, to name a few.”