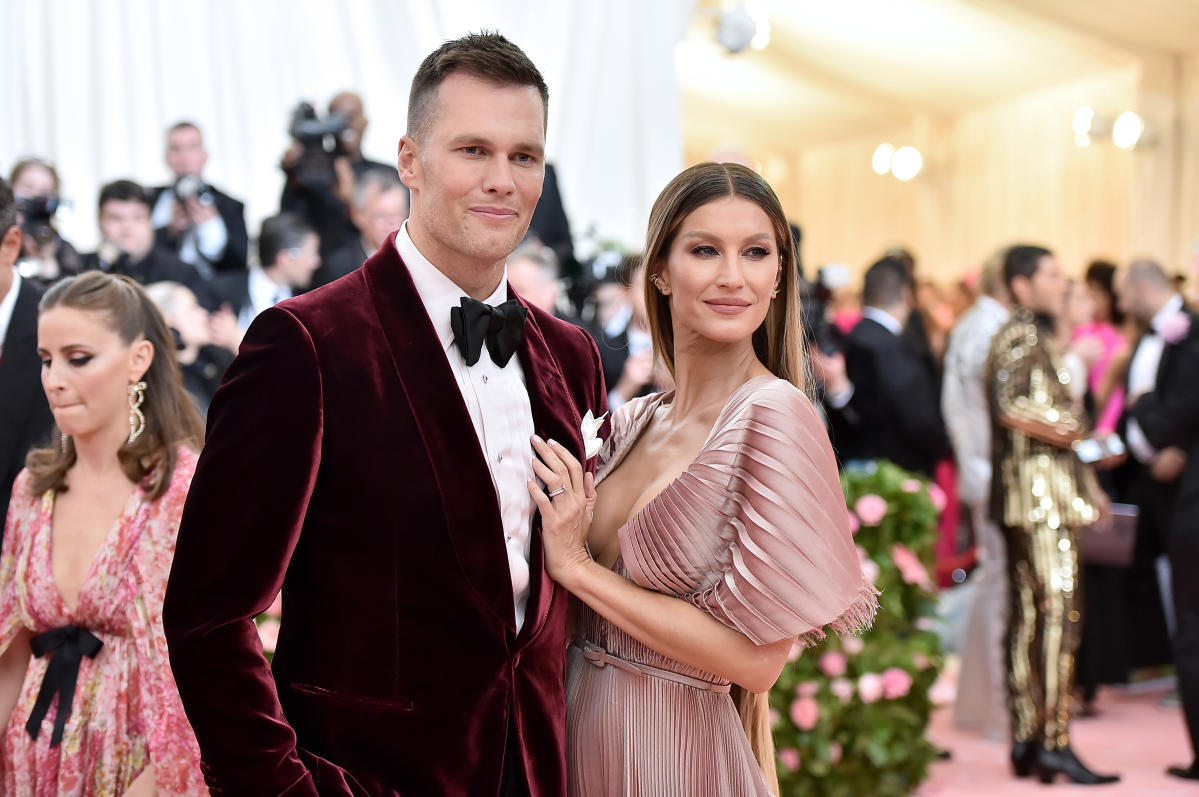 Gisele Bündchen is breaking her silence about husband Tom Brady coming out of retirement, admitting she has “concerns,” including wanting him to be “more present” at home.

Much speculation has been made about the marriage of the model and NFL star since he was excused from practicing with the Tampa Bay Buccaneers in August “to deal with some personal matters.” Rumors swirled about his decision to end his retirement caused tension in their relationship, leading to them spending time apart. She discusses it in a new Ella interview.

“Obviously, I have my concerns — this is a very violent sport, and I have my children and I would like him to be more present,” she told the outlet about Brady, with whom she celebrated 13 years of marriage this year. “I have definitely had those conversations with him over and over again. But ultimately, I feel that everybody has to make a decision that works for [them]. He needs to follow his joy, too.”

The interview focuses on Bündchen’s future plans. It includes a biker-chic-themed photoshoot, which is something the model does infrequently these days. Since settling down with Brady — with whom she shares daughter Vivian, 9, Benjamin, 12 and stepson Jack, 15, (from Brady’s relationship with Bridget Moynahan) — she stepped back from catwalks and covers to raise their children. First, they resided in Boston, when Brady, now 45, played for the New England Patriots. They relocated to Tampa when he joined the Buccaneers in 2020.

“I’m so grateful to have been there in those moments that were really shaping who they are as people,” the Brazilian supermodel said of being home and a hands-on mom during her children’s early years. She likened that time, in her thirties, of descending into a valley after climbing a mountain the decade before as the modeling world’s highest-paid face.

That said, Bündchen makes it clear that she has dreams and goals of her own that she plans to pursue.

“I’ve done my part, which is [to] be there for [Tom],” she said. “I moved to Boston, and I focused on creating a cocoon and a loving environment for my children to grow up in and to be there supporting him and his dreams. Seeing my children succeed and become the beautiful little humans that they are, seeing him succeed, and being fulfilled in his career — it makes me happy. At this point in my life, I feel like I’ve done a good job on that.”

She continued, “I have a huge list of things that I have to do, that I want to do. At 42, I feel more connected with my purpose,” largely around her environmental advocacy.

“I feel very fulfilled in that way — as a mother and as a wife,” she said. “And now it’s going to be my turn. It’s not like I’m going to be in the valley forever.”

Bündchen agreed with the interviewer’s take that it is sexist how she is depicted in the media as desperate for Brady to retire.

“This is the system we’ve been living in,” she said. “That’s what society has accepted and what society hasn’t accepted.” She added that the media also “chooses to focus on things that are negative.”

Ella noted that editors reached out to Bündchen in early September — as rumors have grown that she and Brady are spending time apart — and she declined to comment on the speculation.

On Monday, a source told People magazine Bündchen is “frustrated” with Brady’s decision to unretire.

“Going back to Tampa after retirement put a strain on the personal side of his life,” the insider said. “Gisele is frustrated and sick of his career coming before his family, who has always supported him.”

A second source said, “There is a point Gisele believes that enough is enough,” noting that she has “always been an amazing wife, totally supporting Tom and his career and bringing the kids aboard.” A third source emphasized that she is “not a stay-at-home mom,” despite retiring from runway modeling several years ago. “She has been working all along,” on other modeling projects and environmental causes.

That outlet noted that the couple had previously spent time apart from each other. They are currently trying to make their relationship work now. In fact, they had a “happy summer together” — after he announced he was coming out of retirement — with Bündchen throwing Brady “a big birthday party in Italy.” But things got choppy as the season.

“He already announced his return to football this spring, so friends don’t understand why she’s upset now,” said yet another source. “They’ve been very private about what’s really going on.”

Bündchen did not attend Brady’s game on Sunday, but did send good luck on Twitter.