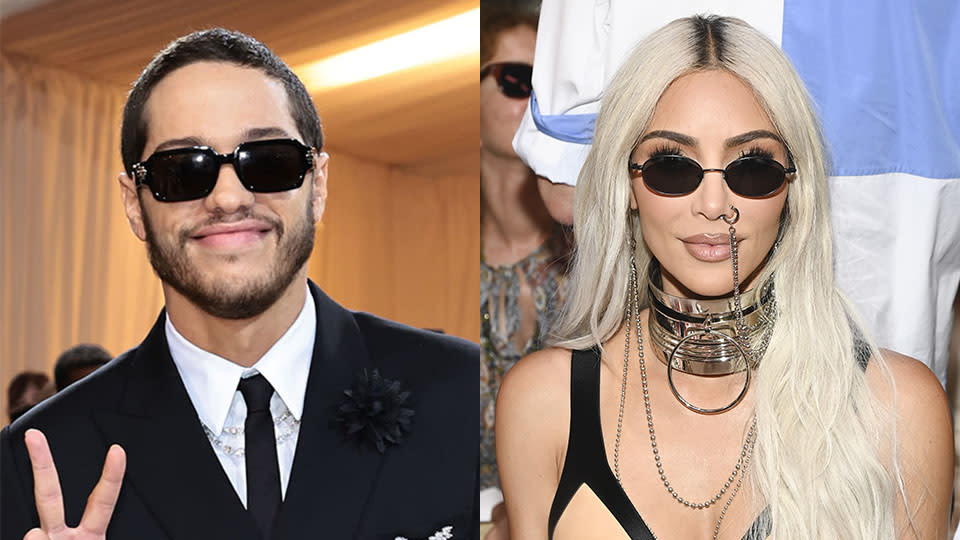 Taking time for himself. Pete Davidson’s getting better with Kim Kardashian’s breakup. The former Saturday Night Live star is taking the breakup with the SKIMS founder slow and steady.

A source close to the King of Staten Island star revealed to Hollywood Life his life updates almost a month after it was announced that they weren’t seeing each other anymore. “While Pete was torn up when the split first happened, he has had some time now and is in a much better place with it. He sees that they were clearly not meant to be,” the source confirmed. “They are from two different worlds, but more like two completely different universes. Pete doesn’t talk to Kim now, and they pretty much had a clean break.”

A source confirmed that Page Six on August 5, 2022, that Kim and Pete broke up after nine months of dating. “Kim and Pete have decided to just be friends,” the insider said. “They have a lot of love and respect for each other, but found that the long distance and their demanding schedules made it really difficult to maintain a relationship.” Pete is currently filming a movie in Australia, while Kim is based in Calabasas, California, where she lives with her four kids: North, Saint, Chicago and Psalm (Kim shares her children with her ex-husband, Kanye West, whom she filed for divorce from in February 2019.)

According to Page Six’s source, Kim and Pete’s age difference was a big factor in their breakup decision. “Pete is 28 and Kim is 41 — they are just in very different places at the moment,” the insider said. “Pete is totally spontaneous and impulsive and wants her to fly to New York, or wherever he is on a moment’s notice.” The source continued, “But Kim has four kids and it isn’t that easy. She needs to focus on the kids.” The insider also revealed that Kim’s businesses, including Skims, KKW Beauty, KKW Fragrance and SKKN, have made keeping a relationship difficult for her. “[She’s] totally exhausted by this relationship and other things going on in her life.”

RELATED: Click Here For the Best New Binge-Worthy Shows You Haven’t Seen—But Should

The two met on the set of Saturday Night Live in October 2021 when Kim hosted the iconic sketch comedy show. Kim recalled the moment that she wanted to be closer to Pete on an episode of The Kardashians. Kim recalled the time that she hit Pete up after she hosted Saturday Night Live in October 2021. In a confessional featured in an episode of The Kardashiansshe said, “I called the producer at SNL and was like, ‘Hey, do you have Pete’s number? And they were like, ‘Yeah.’ I text him. I wasn’t even thinking like, ‘Oh my God, I’m gonna be in a relationship with him.’ I was just thinking, ‘Heard about this BDE, need to get out there, I need to jumpstart my…'” Kim told the cameras with a smile, “I was just basically DTF.” Pete also has a tattoo commemorating the moment. The tattoo says “Jasmine to my Aladdin,” which references them Saturday Night Live sketch where they both played the main characters from Disney’s Aladdin. The sketch also featured their first kiss together.

Kanye roasted Pete in a series of Instagram posts that were targeted at the Kardashians as well as Pete. “Ask Pete how those tattoos of my kids are doing in the trauma unit,” Kanye wrote on a singular post. The “Heartless” rapper referred to it Pete’s tattoo of the initials of Kim and Kanye’s children “KNSCP.” It was reported that Pete was seeking trauma therapy after Kanye’s Instagram rants during his relationship with the DONDA rapper’s ex-wife.

The Kardashians is available to stream on Hulu. Here’s how to do it watch it for free.

Our mission at STYLECASTER is to bring style to the people, and we only feature products we think you’ll love as much as we do. Please note that if you purchase something by clicking on a link within this story, we may receive a small commission from the sale.