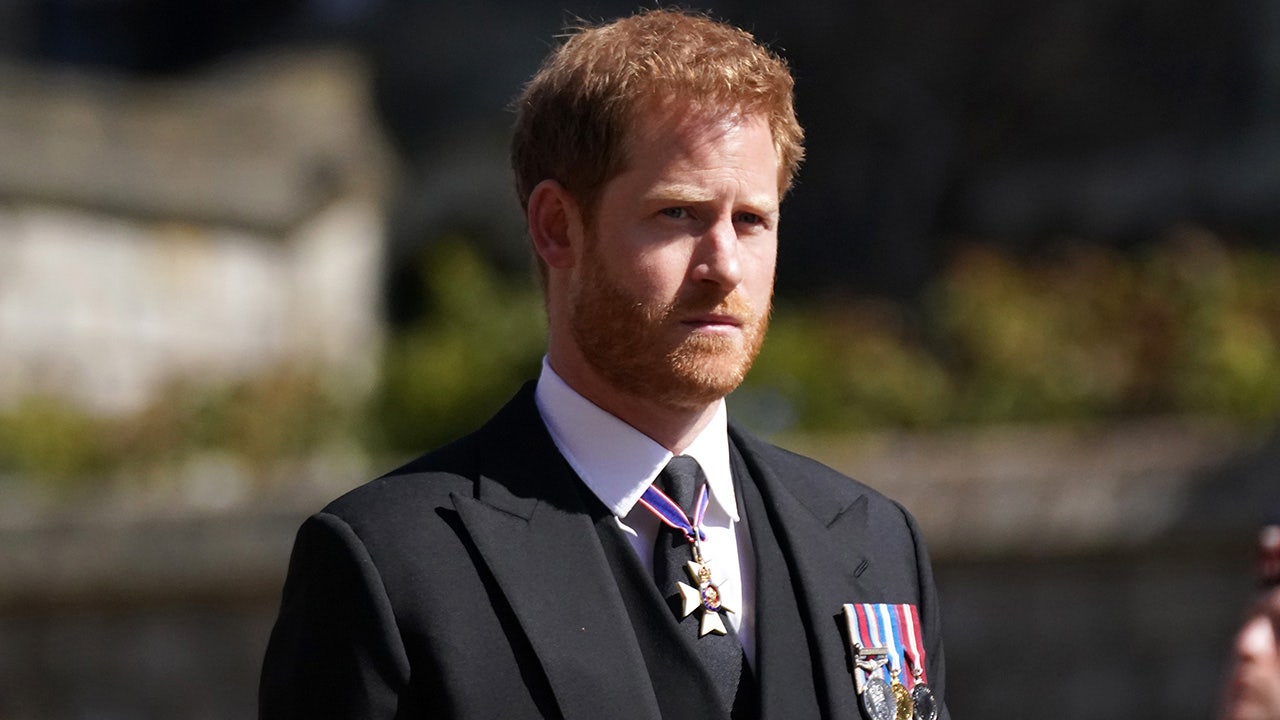 Prince Harry penned a memoir which was set to be released this year, and cover the many unique situations he’s faced as the youngest son of King Charles III, who recently ascended the throne after Queen Elizabeth II died Thursday following 70 years of service.

The Duke of Sussex announced in 2021 that he signed a deal with Penguin Random House to publish a book which would cover a “firsthand account” of his life “that’s accurate and wholly truthful.”

Initially, his tome was tentatively scheduled for a global release in late 2022 as part of a reported four-part book deal with the publishing giant. But with the Queen’s deathit may be postponed into the new year, although an official release date has yet to be announced.

The specific details of Harry’s memoir remain unclear, but he follows in the footsteps of a few famous royals who have already opened up about life in the monarchy, and the difficulties of living in the public eye, including his late mother, Princess Diana, Sarah Ferguson who divorced Prince Andrew, and even the newly appointed King Charles III.

Prince Harry (pictured in 2021) is set to release a memoir this year. It’s unclear if his book will cause a rift in his relationship with the royal family.
(Victoria Jones)

“I’m writing this not as the prince I was born but as the man I have become,” Harry said in a statement. “I’ve worn many hats over the years, both literally and figuratively, and my hope is that in telling my story — the highs and lows, the mistakes, the lessons learned — I can help show that no matter where we come from, we have more in common than we think.”

Harry said a portion of the proceeds from the book will be donated to charity, although he did not specify which organization he would be contributing to. The Duke and Duchess of Sussex founded the Archewell Foundation shortly after departing from their royal responsibilities.

“I’m deeply grateful for the opportunity to share what I’ve learned over the course of my life so far and excited for people to read a firsthand account of my life that’s accurate and wholly truthful,” he said.

“Prince Harry has harnessed his extraordinary life experience as a prince, a soldier, and a knowledgeable advocate for social issues, establishing himself as a global leader recognized for his courage and openness. It is for that reason we’re excited to publish his honest and moving story,” Markus Dohle, CEO of Penguin Random House, said.

PRINCE HARRY, MEGHAN’S HARSH COMMENTS AND BOMBSHELL CLAIMS ABOUT THE ROYAL FAMILY: DO THEY HAVE ROYAL REGRETS?

Meghan became the Duchess of Sussex after marrying Harry in May 2018 at Windsor Castle. They welcomed their first child, Archie Harrison Mountbatten-Windsor, in 2019. Daughter Lilibet was born in June 2021.

A source told Page Six recently that the book’s delay may be due in part to its content. “I have heard that Harry has some truth bombs in his book that he is debating on whether to include or not,” an insider revealed.

Kate Middleton and Prince William were far less affectionate with each other while greeting the crowds outside Windsor Castle than Harry and Meghan, according to a body language expert.
(Chris Jackson)

Oprah Winfrey interviewed Prince Harry and Meghan Markle for a special in 2021 where they revealed their struggles with royal life.
(Harpo Productions/Joe Pugliese via Getty Images)

“Truth bombs” are nothing new for Harry and Meghan. In 2020, they departed from royal duties due to what they described as the British media’s intrusion and racist demeanor towards their family. Meghan revealed she felt suicidal before they decided to leave England and move back to her home state of California, and Harry acknowledged there was tension with his father over his decision to not only step away from his royal responsibilities, but also for his marriage to the biracial actress

“There is a lot to work through there,” Harry told Oprah Winfrey during an interview released last year. “I feel really let down. He’s been through something similar. He knows what pain feels like. And Archie is his grandson. I will always love him, but there is a lot of hurt that has happened.”

Harry felt “trapped” by royal life, and said his family cut him off financially in addition to taking away any form of security after more than three decades of private assistance.

His feelings towards the lifestyle echoed sentiments shared by his late mother, Princess Diana, who died on Aug. 31, 1997 in a car collision in Paris. She was known as “the People’s Princess” despite her disdain for the press and life in the spotlight, with paparazzi ultimately chasing her to death.

The late Princess revealed to Andrew Morton in the 1992 biography, “Diana, Her True Story — in Her Own Words” that all was not well in her world, which had once been described as a “fairytale” as she had a prince for a husband and two perfect sons.

Diana, Princess of Wales with her son Prince Harry during a holiday with the Spanish royal family at the Marivent Palace in Palma de Mallorca, Spain, August 1987.
(Terry Fincher)

Charles claimed in his 1994 biography that he was forced into marriage with Princess Diana (seen in 1991) by his late father, Prince Philip.
(Jayne Fincher/Princess Diana Archive/Getty Images))

Diana was in fact deeply unhappy as a royal and felt like a prisoner in a castle. She had multiple suicide attempts and revealed that she suffered from an eating disorder.

“Her friends and other acquaintances confirmed that behind the public smiles and glamorous image was a lonely and unhappy young woman who endured a loveless marriage, was seen as an outsider by the Queen and the rest of the royal family, and was frequently at odds with the aims and objectives of the royal system,” an excerpt from the book said.

She was warned by the palace not to co-operate with Morton on the book, but stayed involved, and the biography was published in May 1992. Diana separated from Charles later that year amid a host of allegations aimed at him, including an extramarital affair with Camilla Parker Bowles.

During a 1995 BBC interview, Diana said her relationship with Charles was difficult and referred to his coinciding romance with Camilla. She said, “Well, there were three of us in this marriage, so it was a bit crowded.”

Charles and Diana’s divorce was finalized on Aug. 28, 1996. The Queen reportedly wanted Diana to keep “Her Royal Highness” title, but Charles insisted the name be removed. She was still called the “Princess of Wales” as the mother to two princes, until her death a year later on Aug. 31

King Charles III was also not listed as the author of the 1994 “The Prince of Wales: A Biography,” but collaborated with Jonathan Dimbleby in creating the book, which claimed his marriage to the late Princess Diana was forced upon him by his late father , Prince Philip.

Sarah Ferguson, who was married to Prince Andrew for nearly one decade, released “My Story” in 1997, which chronicled the “frustrations, humiliations, and occasional joys of her life as a Windsor” shortly after she ended her marriage to King Charles III’s younger brother

She told Oprah in 1996 that life within the royal family was “not a fairytale,” and claimed, “British press at the moment is completely and utterly cruel and abusive and so invasive.”

Sarah Ferguson, Duchess of York and Prince Andrew, Duke of York stand on the balcony of Buckingham Palace and wave at their wedding on July 23, 1986 in London, England. They divorced 10 years later.
(Anwar Hussein Collection)

Queen Elizabeth II and Prince Andrew, Duke of York watch a flypast from the balcony of Buckingham Palace during Trooping The Color in 2019. Andrew has largely stayed out of the public since his alleged involvement in a sex abuse scandal.
(Max Mumby)

In her second book, “Finding Sarah: A Duchess’s Journey to Find Herself,” she revealed that she never knew the reason why there was a falling out with her former friend Princess Diana, but said “once Diana got something in her head it stuck there for a while.”

Ferguson, who has been coined “Fergie,” was left out of invitations to Prince William and Kate Middleton’s wedding, and is missing from the royal family website despite having two daughters, Princess Beatrice and Princess Eugenie, with her ex-husband.

She also still lives with Prince Andrew at the Royal Lodge, and “glowingly” speaks of him even as he continues to endure a sex abuse scandal after Virigina Giuffre sued Andrew in 2021 claiming he assaulted her under Jeffrey Epstein’s behest. A settlement agreement was reached in February 2022.

“And they have now been joined by the Queen’s corgis,” Shannon Felton Spence, a former British public affairs officer and royal expert told Fox News Digital. “She constantly talks about how she got the best looking prince. They have maintained an extremely close relationship.”

“By all accounts the Yorks are a very tight-knit family,” Spence explained. “A real unit. The Epstein scandal will have been very difficult, particularly for his daughters Princesses Eugenie and Beatrice, and at a time when they were starting their own families. I imagine the duchess’s primary concerns were of her daughters and grandchildren through it all .”

Meghan, for her part, became an author in 2021 when she released her first children’s book, titled “The Bench.” The story, which is illustrated by Christian Robinson, was inspired by Harry’s close relationship with their son Archie, as seen through a mother’s eye.