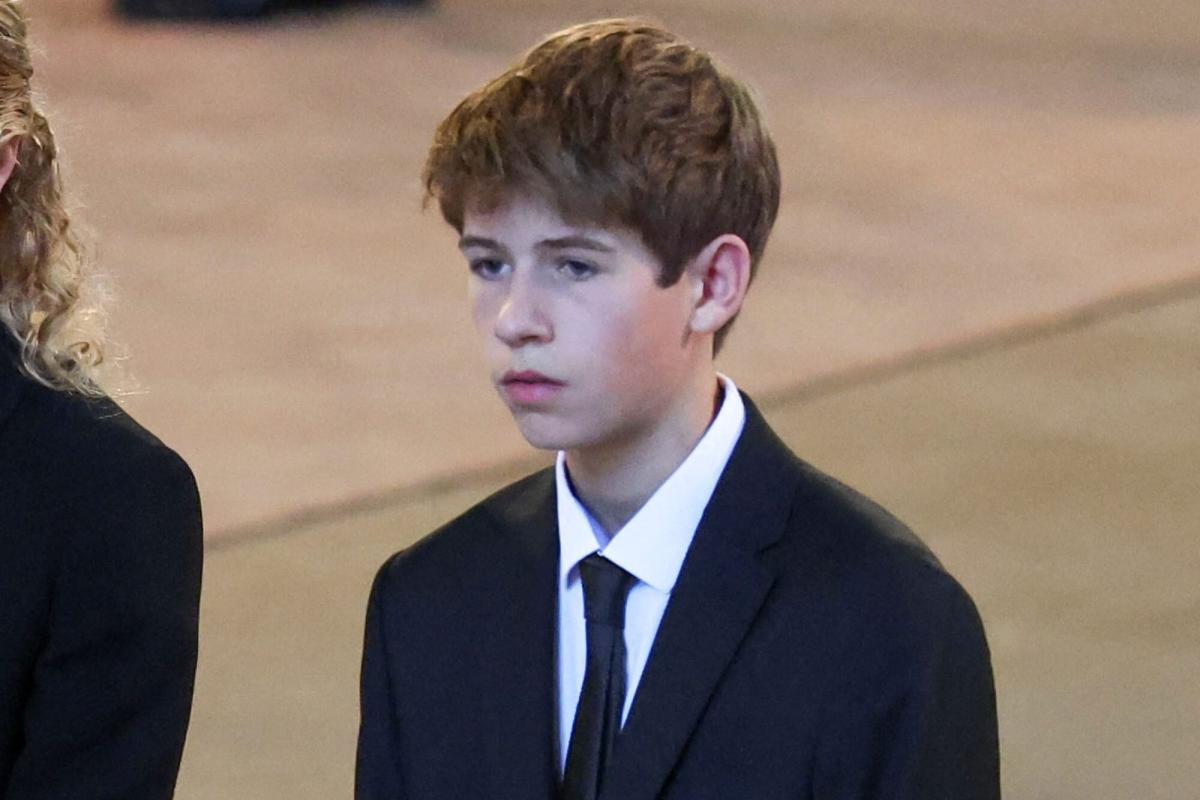 James, Viscount Severn is following in the footsteps of his cousin, Prince William.

The 14-year-old son of Prince Edward and Sophie, Countess of Wessexjoined the new Prince of Wales, 40, at a family vigil for Queen Elizabeth in Westminster Hall Saturday, alongside sister Lady Louise, 18, and cousins Prince Harry, Peter Phillips, You are Tindall, Princess Beatriceetc Princess Eugenie.

Watched on by his parents, the late Queen’s youngest grandchild looked calm and composed throughout the 15-minute vigil at the former monarch’s lying-in-state, where he took a position at the side of Elizabeth’s coffin and stood with his head bowed as mourners continued to pass.

For James, the public display of mourning is particularly significant because Edward and Sophie opted not to give their children prince and princess titles at birth and have largely kept them out of the royal spotlight.

James is also one year younger than Prince William was when he famously walked behind the coffin of his mother, Diana, Princess of Wales on Sept. 9, 1997, at age 15.

“The grandchildren, at the King’s invitation, are very keen to pay their respects,” a royal source says about James’s decision to publicly honor his late grandmother alongside his cousins ​​inside the historic Hall.

James’ mother has previously explained the reasons why she and Edward decided not to give their children royal titles at birth, which they were entitled to as grandchildren of the Queen.

“We try to bring them up with the understanding that they are very likely to have to work for a living,” the Countess of Wessex told The Times. “Hence we made the decision not to use HRH titles.”

Can’t get enough of PEOPLE‘s Royals coverage? Sign up for our free Royals newsletter to get the latest updates on Kate Middleton, Meghan Markle and more!

Despite this, both James and his sister Louise can choose to use the titles when they turn 18according to the 1917 Letters Patent issued by King George V. Their mother, however, told The Times that this is “highly unlikely.”

Speaking to mourners gathered outside Sandringham House on Thursday, Prince William previously reflected on how “difficult” he’d found it to repeat the walk he took as a 15-year-old during the ceremonial procession behind the Queen’s coffin on Wednesday.

“He said how difficult it was yesterday and how it reminded him of his mum’s funeral,” mourner Jane Wells told The Telegraphadding that Kate Middleton had also said, “It’s just been such a difficult time for all of them, for the whole family.”

RELATED: See the Incredibly Moving Photos of the Queen’s 8 Grandchildren Standing Vigil at Her Coffin on Saturday

The procession was followed by a service honoring the Queen at Westminster Hall which was also attended by James, Prince William and their other cousins.

In one photo, Princess Eugenie could be seen wiping away tears as she stood with family members. She was joined by her husband, Jack Brooksbank. Beatrice’s husband, Edoardo Mapelli Mozziand Zara’s husband, Mike Tindallwere also present.