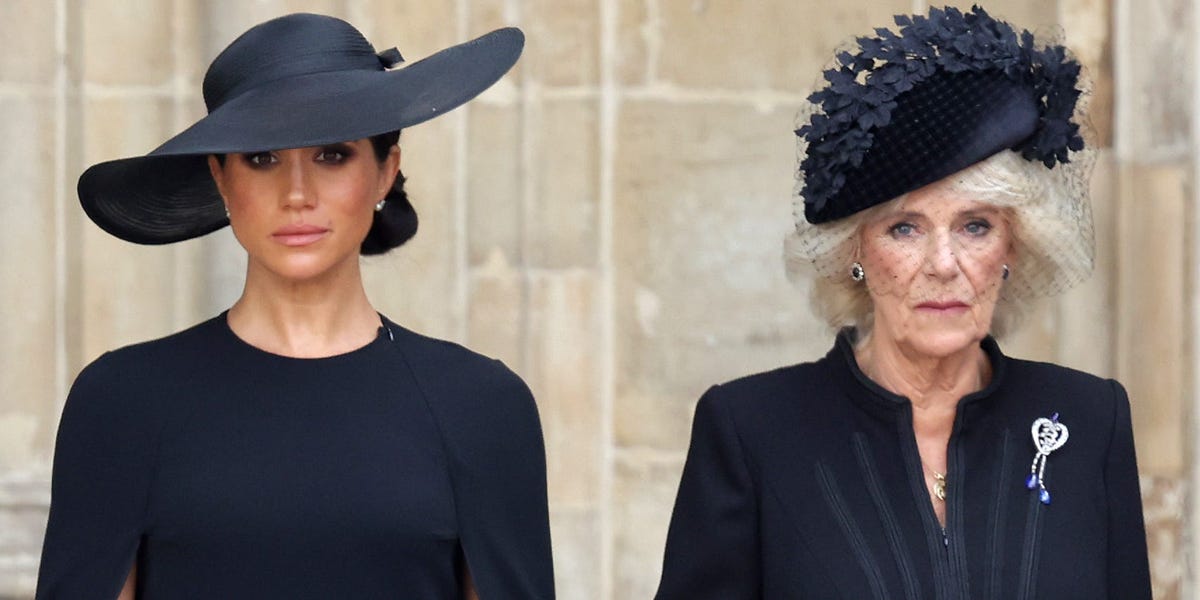 As millions mourn the Queen’s death, Meghan Markle and Camilla Parker Bowles have once again found themselves the targets of online harassment and misinformation campaigns.

TikTok videos ridiculing Meghan during the live broadcast of the Queen’s state funeral on Monday garnered millions of views. Another series of videos criticized Meghan’s funeral attire and accused her of copying an old outfit of Princess Diana’s, even though the video — viewed more than 22.5 million times — predated the funeral itself and used photos from the 2019 Remembrance Day.

For the Gen Z users who primarily populate TikTok, fictional portrayals such as “The Crown” (which kicked off a fresh bout of online harassment of Camilla after its depiction of the affair) and TikToks about the royals contribute to a fresh distaste for the Queen Consort.

Engagement-driven algorithms tend to amplify polarizing videos rather than stanch themand online abuse and misinformation tend to go viral at an alarming rate — whether it’s misinformation about Markle’s funeral attire or the conspiracy that the Queen died because of the COVID-19 vaccine.

Slideshows of Camilla captioned “the new queen” or “his wife” juxtaposed with photos of Diana captioned “the real queen” and “his ex-wife” have been set to contemporary music and watched by hundreds of thousands of people. The hashtag “Cowmilla,” referring to the Queen Consort, has been used on videos directing online harassment at Camilla as well as videos solely criticizing Meghan.

The Sussexes quit social media due to ongoing harassment in January 2021, but Meghan said she was finally “ready for her next act” and teased a return to Instagram in an interview with The Cut last month.

Meghan has been a lightning rod for online abuse and a British tabloid staple since she began a public relationship with Prince Harry in 2016, leading to the couple announcing they would “step back as ‘senior members” of the British royal family in January 2020. In October of that year, Meghan described the online abuse as “almost unsurvivable” in an appearance on the “Teenager Therapy” podcast.

“I’m told that in 2019, I was the most trolled person in the entire world — male or female,” Meghan said, adding that she hadn’t even been “visible” for eight months of the year due to maternity leave.

The 41-year-old former actress is a contemporary fixation for trolls, but this fresh wave of online harassment directed at 75-year-old Camilla is a revival of older vitriol made newly visible to the young.

Many held Camilla responsible for the dissolution of the marriage between King Charles and the late Princess Diana in the 1990s.

“It’s actually almost inconceivable how much abuse Camilla took. I mean, she was called hag, old bag, witch. I mean, these were the kind of words that were used about Camilla for years,” Tina Brown, author of The Palace Papers , said in an April interview with The Washington Post.

Brown went on to say that public opinion of Camilla grew especially vitriolic after Diana’s death in 1997.

“Camilla was the sort of ugly–you know, considering the ugly sort of force that had driven, you know, Diana into such pain and sadness, you know, I mean, the love that Charles had for her,” she said.

In her famous 1995 interview with the journalist Martin BashirDiana referred to her then-husband’s mistress and future wife as the “third person” in her marriage, and British media dubbed Camilla “the most hated woman in Britain.”