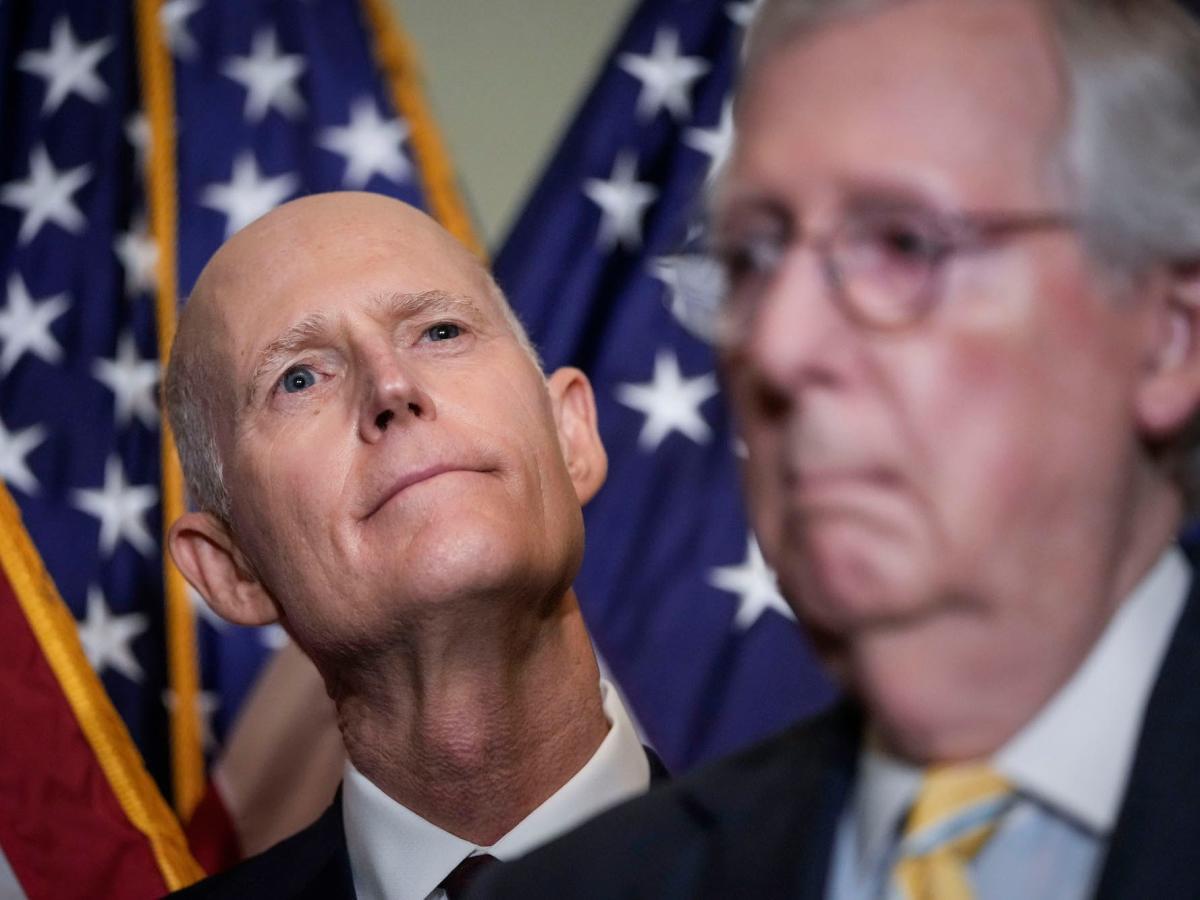 Republican Sen. Rick Scott of Florida, the chair of the Senate GOP campaign arm, is fighting back against intraparty criticism of Republican Senate nominees, many of whom are struggling in the polls.

And he’s reviving an ongoing rivalry with the leader of his caucus: Senate Minority Leader Mitch McConnell, who’s criticized “candidate quality” in the GOP.

“Sen. McConnell and I clearly have a strategic disagreement here,” said Scott in an interview with Politico. “We have great candidates.”

Scott also penned an op-ed in the Washington Examiner on Thursday in which he framed ongoing criticism of the party’s more controversial nominees — including Herschel Walker in Georgia, Blake Masters in Arizona, JD Vance in Ohio, and Mehmet Oz in Pennsylvania — as a conflict between the “chattering class” in Washington and the party’s base voters.

“Many of the very people responsible for losing the Senate last cycle are now trying to stop us from winning the majority this time by trash-talking our Republican candidates,” Scott wrote. “It’s an amazing act of cowardice, and ultimately, it’s treasonous to the conservative cause.”

“Giving anonymous quotes to help the Washington Post or the New York Times write stories trashing Republicans is the same as working with the Democratic National Committee,” he also wrote. “If you want to trash-talk our candidates to help the Democrats, pipe down.”

But while there have been a myriad of stories for which Republicans have offered anonymous quotes, Republican leaders have also sought to publicly manage expectations.

“There’s probably a greater likelihood the House flips than the Senate,” said McConnell at a luncheon in Kentucky last month. “Senate races are just different. They’re statewide, candidate quality has a lot to do with the outcome.”

Those words were interpreted as an implicit jab at some of the party’s nominees, who have each had their own troubles.

In Arizona, Masters has struggled to win over the state’s increasingly purple electorate and recently began scrubbing hard-right political positions from his website. In Ohio, Vance has come under fire for appearing to suggest that couples in “violent” marriages do not get divorced. Walker has struggled in Georgia as he is given perplexing answers to questions from the media, and Oz has struggled to convince Pennsylvania voters of his authenticity, including his ties to the state he’s running in.

On Wednesday, the election forecaster Crystal Ball shifted their ratings for the Senate elections in Arizona and Pennsylvania to “lean Democratic,” citing “candidate weaknesses for Republicans in both states and what appears to be a not-as-bleak environment for Democrats.”

The other subplot at play is Scott’s ongoing rivalry with McConnell. Earlier this year, Scott released his own GOP agenda that would include a tax hike for over half of Americans, leading to a public put-down from McConnell in March.

Critics on both sides of the aisle pounced on Scott’s self-styled “Rescue America” ​​plan.

Frustrated GOP leaders panned the midterm blueprint as “polarizing” and “silly,” while Democratic strategists declared it a “godsend” they used to quickly spin up attack ads against political newcomers like Walker and Masters.

Former Republican National Committee Chairman Michael Steele urged candidates to steer clear of Scott’s Trumpy vision, telling Insider “there are some real problematic issues that are raised by what’s in this plan.”

Scott has spent most of his time in Washington cheering on Trump rather than cozying up to McConnell.

The NRSC’s non-stop fundraising appeals can’t mention the embattled former president enough, whether offering up fantasy membership tiers to entice donors or airing Trump’s litany of grievances instead of talking up incumbent senators actually on the ballot this fall.

Just a few months later voting to overturn the 2020 election resultsScott whipped up a “Champion for Freedom” award to bestow upon Trump following the deadly attack on the US Capitol.