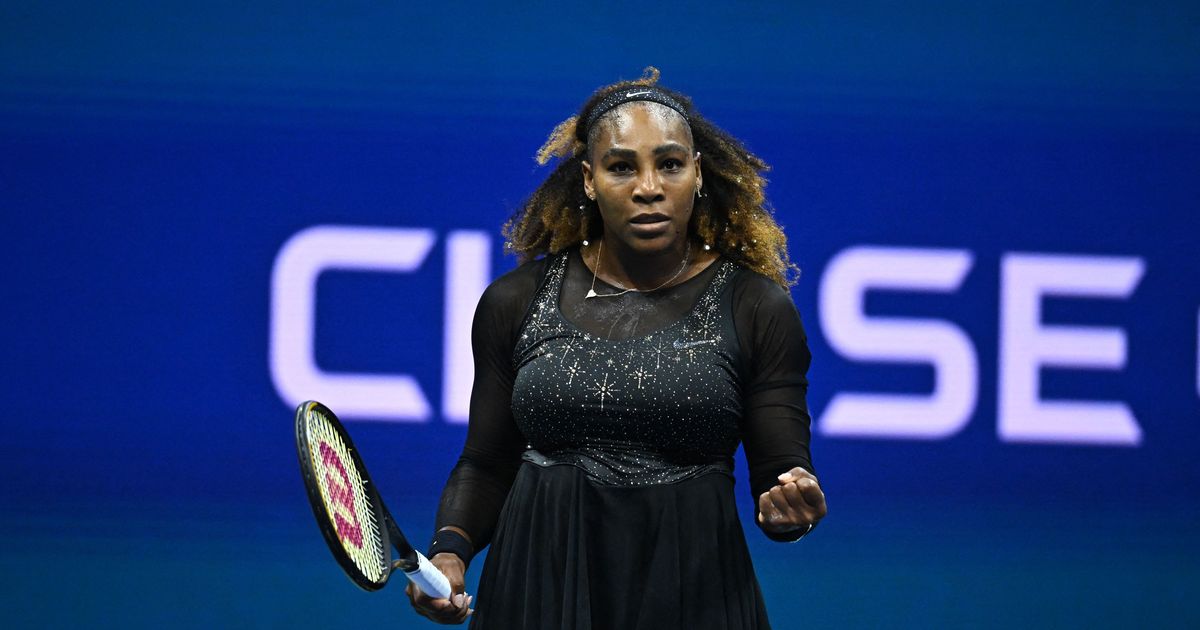 Serena Williams hasn’t won a major tournament in more than five years. And going into this year’s US Open, supposedly the last event of her illustrious career, it seemed certain that she’d end up with 23 of them, one behind problematic Australian Margaret Court on the women’s all-time list. (It should be said that this statistic is far from a foolproof way to determine levels of tennis greatness.)

But those who don’t follow the ins and outs of the professional tennis tour — and are now tuning in as Serena thrills the New York crowds on the heels of her quasi-retirement announcement in Vogue last month — may not realize how unlikely any success in Flushing looked just a few weeks ago. Her recent performances had hardly inspired confidence that a fairytale ending to her career was in the offing. After almost a year off recovering from a leg injury, Serena lost in the first round of Wimbledon, a tournament she has won seven times. Last month, she fell in the second round of the Canadian Open to Belinda Bencic in straight sets. Then in Cincinnati at the Western and Southern Open the young star Emma Radacanu steamrolled her 6-4, 6-0. In those two losses, Serena moved sluggishly and sprayed unforced errors all over the court; they were matches best watched through one’s fingers. Serena has more than earned the right to end her career in a manner of her choosing, but as she entered the Open ranked 406 in the world, a dignified but perhaps tough-to-stomach first-round exit seemed like the most likely outcome.

Instead, something else entirely is going down. On Wednesday night, in the second round against No. 2 seed Anett Kontaveit, with a febrile capacity crowd roaring every time she won a point, Serena looked — at least for stretches — like her old self. She ripped backhand winners down the line. She hit her era-defining first serve with authority. She nailed swinging forehand volleys like it was 1999 or 2014. (Yep, she has been that good for that long.) This was a serious step up in play from just two days before, when she dispatched Danka Kovinic in two uneven sets. There came to mind a raft of sports clichés about what distinguishes the greatest athletes — and clichés have earned their reputation because they’re true. During her first match, on Monday, Serena had to shake off a considerable amount of rust and nerves but, as they say, found a way to win. And in the third set of Wednesday’s match when she suddenly pulled away from Kontaveit, she, as they also say, found another gear. Serena feeds off, rather than shrinks from, the celebrity-filled New York crowds. She can dig into physical and mental reserves most other athletes don’t possess. This is the stuff of everyone pompous watch commercial that airs during a major tournament. In more concrete terms, Serena has produced perhaps the most electric early-round atmosphere at the Open since Jimmy Connors in 1991. It’s been something to behold.

And now, suddenly, it seems as if she might, just might, have a chance at 24 after all. If she keeps elevating her game, who’s going to stop her? The women’s game, in stark contrast to the men’s, has been characterized by predictable unpredictability in recent years — a trend that’s very much in evidence at this year’s tournament and one that could work to Serena’s advantage. Some of the world’s best players were knocked out in the first round, including Raducanu, who won here last year; Naomi Osaka, the champion two years ago; this year’s Wimbledon champion, Elena Rybakina; and the former No. 1 Simona Halep, who looked formidable recently. Serena’s next opponent is 46th-ranked Ajla Tomljanovic; if Serena wins, she will face either Liudmila Samsonova or Aleksandra Krunic. None are world-beaters. After that, possible paths include a quarterfinal matchup with Wimbledon finalist Ons Jabeur or — one can dream — a showdown against the young American phenom Coco Gauff in the semis. (That one would likely set decibel records at Arthur Ashe Stadium). The most dangerous player in the draw is the No. 1 seed Iga Swiatek, who put together a 37-match winning streak this summer, experienced a slight lull in her dominance, and has now resumed bulldozing opponents at the Open. But perhaps that’s thinking too many steps ahead.

Even if Serena loses in straight sets on Friday night, she has shown a level of grit and determination that shouldn’t really have been all that surprising given what we know about her — but that still feels like a revelation. If she somehow goes all the way, it will be one of the greatest sports stories ever. The only problem with this fairy-tale ending is that it probably won’t actually be an ending; with the knowledge that she could still win at the highest level after all these years, Serena would probably have a hard time staying retired.

Daily news about the politics, business, and technology shaping our world.

By submitting your email, you agree to our Terms and Privacy Notice and to receive email correspondence from us.