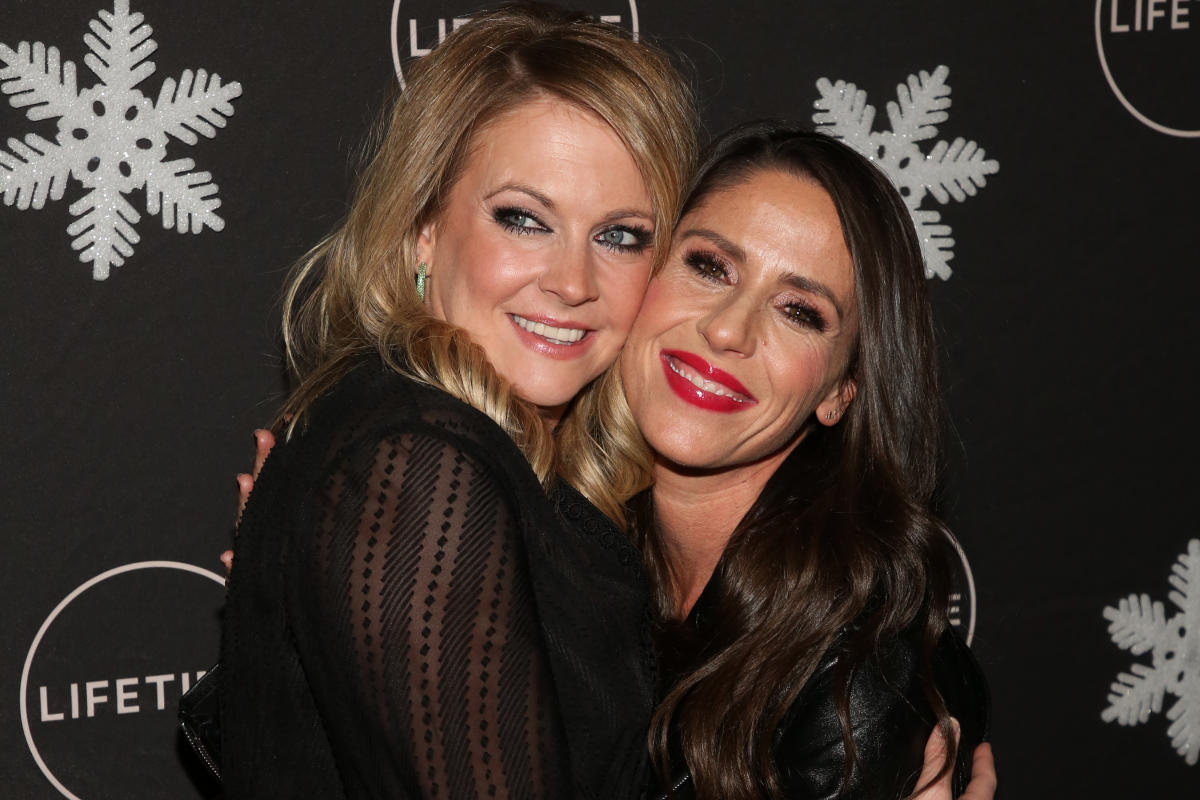 Are the kids alright? is Yahoo Entertainment’s video interview series exploring the impact of show business on the development and well-being of former child entertainers, from triumphs to traumas.

Growing up in the entertainment industry doesn’t guarantee success — but it doesn’t guarantee failure, either. Actresses and real-life best friends Soleil Moon Frye and Melissa Joan Hart, are two examples of child stars who have gone on to bigger and better things as grown-ups. “For every heart-wrenching story, there are also so many flourishing stories of kids who have grown up to do such incredible things,” Frye tells Yahoo Entertainment ahead of National BFF Day. “You have people who have survived and thrived.” (Watch our video interview above.)

Frye and Hart have had the good fortune to flourish together over the course of their 30-plus years in the business. Their friendship dates all the way back to the early 1980s, when their mothers were escorting them from audition to audition. “We were, like, 6 years old and we met at an audition where we had to learn how to ride bikes for a Ron Howard movie or TV pilot,” remembers Frye, who is partnering with Hart to promote a new line of snack- themed swag from the snack masters at Helluva Good. (Visit the official site for the chance to enter and win merch from the Heluva Good! Best FriendsDIP Line.)

The two were so close that Hart didn’t even mind when Frye landed a major role that they both auditioned for: Punky Brewster. “I remember when she got the part, I was like ‘That’s my friend! She got the part,'” Hart says now. “Obviously, there was no other Punky.” That beloved comedy series ran from 1984 to 1988 on NBC, and Frye recently played the grown-up Punky in an acclaimed revival series that just wrapped up its freshman season on Peacock.

Hart eventually scored her own iconic TV character — two of them, in fact. In 1991, she was cast as the title character on the generation-defining Nickelodeon sitcom, Clarissa Explains It All. And after that show went off the air in 1995, she seamlessly transitioned into Sabrina the Teenage Witchwhich ran until 2003.

While making Clarissa, the actress remembers commuting from her home in New York to the Nickelodeon studios in Florida for the duration of the show’s run, and the demands that placed on her personal life. “Clarissa was difficult for me … but I made such a family out of that crew. When you’re young, you’re kind of protected by the crew and you feel surrounded by love and support. It’s better than going to school when kids are making fun of you!”

Both actresses credit their mothers with further fostering that atmosphere of love and support. “Both of our moms are phenomenal women who love and adore us and look out for us,” notes Hart, adding that she never had anyone in her life who tried to live “vicariously” through her success or push her to give up childhood pleasures. . “Having that foundation of family [was important],” notes Frye. “Every summer my mom would say, ‘You’re going to summer camp and having those experiences.’ We were really able to still have our childhoods.”

At the same time, Frye has acknowledged that a Hollywood upbringing can be tumultuous. Earlier this year, the actress released the documentary Kid 90, featuring hours of footage she filmed during the 1990s, including moving scenes of her friend and fellow child star Jonathan Brandis, who committed suicide in 2003. “I look at someone like my dear friend Jonathan Brandis, who I love so much,” Frye told Yahoo Entertainment in March. “I was talking to his parents the other night, and they loved him so much. Sometimes even with all that love around us, there’s just that pain. That’s one reason I locked away the tapes for so long. On a subconscious level, I wasn’t ready to deal with the pain.”

Now that both Frye and Hart are mothers themselves, they’ve consciously tried to follow the example set by their moms. Frye has four children, the eldest of whom — Poet and Jagger — are interested in joining the family business. In fact, Jagger had a role on the Punky Brewster revival series, and even wrote her own screenplay while on lockdown during the coronavirus pandemic. “She’s already started the next one,” Frye says, laughing. “I want to encourage them, but I also still try to encourage them to get on with their education.”

Hart, meanwhile, has three kids and the youngest, Tucker, has recently expressed an interest in stepping in front of the camera. “He wants to be in my next Christmas movie [for Lifetime]and there was a role that was kind of written for him, but I don’t know if he can handle it,” she confesses.[My kids] show interest for the wrong reasons. They’re like, ‘I want to be rich and famous.’ I would love for them to try it and see that it’s not! But it’s a lot of rejection, and it’s hard to put your kids through that.”

In their own lives, Frye and Hart have found that friendships and family are instrumental in navigating an industry that’s rife with rejection, no matter what age you are. “There’s nothing better than being able to work with people you love, especially in this industry,” Hart says. “There’s such a huge crew on set, and you become a family with that crew, but if you already have family that you can bring into the group it’s so much better.” Adds Frye: “It does feel like a dream come true to be able to do what we love and do it with the people we love.” And that’s how Clarissa and Punky explain it all.

— Video produced by Jen Kucsak and edited by Jimmie Rhee