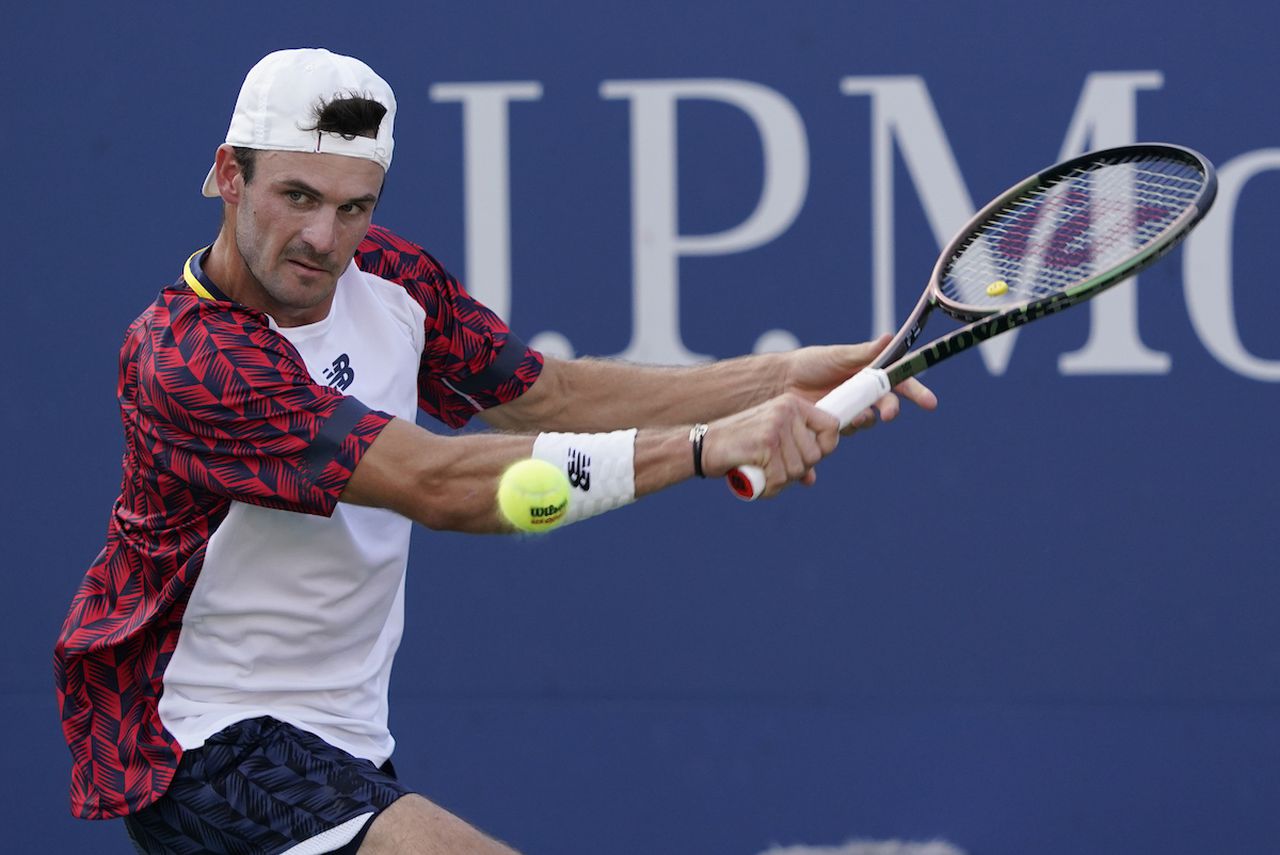 NEW YORK — When Tommy Paul has down time from his life as a professional tennis player, he sometimes stays on his mother’s farm in Lumberton, NJ, and does chores, like helping to move hay bales with a Bobcat machine. Jill MacMillan’s farm has a horse, eight sheep, 100 chickens and a couple of dogs, so there is a lot of work to be done.

“It’s nice to get your hands dirty every now and then,” Paul, 25, said with a smile.

But Paul, ranked No. 34 in the world, hopes he is too busy playing tennis in the coming days to visit the farm. After beating a fellow American Sebastian Korda in five sets on Wednesday on the Grandstand court, he will face No. 5 seeds Casper Ruud in the third round on Friday at the USTA Billie Jean King National Tennis Center.

“Hopefully, I go deep enough in this tournament where I don’t have time to go home,” he said with a chuckle.

Paul outlasted Korda, 6-0, 3-6, 4-6, 6-3, 6-4. It was his second straight five-set win after beating Spain’s Bernabe Zapata Miralles in the first round Monday despite battling cramps in his hamstring and his hand. He had never won a US Open match before this year and had been 0-3 against Korda.

But Paul, who was born in Voorhees Townshipp, moved to North Carolina to pursue his tennis dreams and now lives and trains in Del Rey Beach, Fla., is playing some of the best tennis of his life. After winning the French Open Junior title in 2015 at 18, he appears finally to be fulfilling his vast promise at the ripe old age of 25.

He won his first ATP singles title at the Stockholm Open last November, becoming the first American to win the tournament in 15 years. He recorded two major upsets over the past year — defeating No. 5 Andrey Rublev at Indian Wells last October and No. 3 Alexander Zverev at Indian Wells this past March.

He reached the fourth round of Wimbledon this summer, his best performance there, and is one of two Americans already in the third round at the US Open. Four other American men were set to play their second-round matches Thursday.

Paul struggled in previous years at the Open, but said he feels more at ease this year.

“Leading into the tournament, I just felt so overwhelmed,” he said of previous years. “I felt like I was late for everything. I couldn’t get the timing right with transportation, getting from the city to the site. I was just always stressed and my team really felt it. And my team sat me down and said, ‘Dude, you need to chill out.’

“The US Open’s always gotten the best of me and after my first round, I feel like a completely different person here. I’m relaxed and feel so much better, man, walking around, like I’m not stressing at all. I feel loose on court, having fun on court.”

He also was set to play his first-round doubles match on Thursday with a fellow American Jack Sock.

Taylor Fritzthe top-ranked American and a friend from their time living and training at the USTA Center in Florida, says his buddy could be “extremely dangerous” in the Open.

“I think [Paul] has been playing great,” Fritz said. “I think Tommy has been really figuring everything out this whole year, but really especially over these past couple of months and I’ve always known the level that Tommy possesses.

“It was just more of a question of doing it, and it’s really been great to see over the past couple of months. And I think that he is an extremely dangerous person in the draw.”

Paul’s run at the Open has coincided with Serena Williams‘ inspirational journey to the third round at nearly 41. While Paul was giving his post-match press conference Wednesday, Williams was finishing a dramatic upset of world No. 2 Anett Kontaveit in front of a raucous Arthur Ashe Stadium.

“I think it’s awesome, the amount of attention throughout her career that she’s brought to tennis is unreal and then this year you can just feel it,” Paul said. “I have friends that know nothing about tennis and they’re talking about it. It’s just amazing.”

Paul added that he’s spent “a pretty good amount of time” with Venus Williams in South Florida around the tennis world.

“They’ve always been super nice to me and really just nice personalities,” he said. “I think it’s been so cool having [Serena] playing this US Open and bringing so much attention to the sport. I hope that she goes all the way.”

While Serena has won 23 major singles titles, no American man has won a major title since Andy Roddick at the 2003 US Open and no American man has been to the semis of a major since John Isner at Wimbledon in 2018. A lot of that has to do with the fact that three Europeans — Roger Federer, Rafael Nadal and Novak Djokovic — have dominated men’s tennis for the better part of two decades, piling up a combined 63 major titles between them. (Nadal is the only member of the “Big 3” competing in New York.)

Although a number of young Americans are breaking through — four made the fourth round at Wimbledon, and Fritz reached the quarterfinals — Paul doesn’t think anyone is yet ready to compete for a Grand Slam title.

“You’ve got to win seven matches, three-out-of-five sets, and I don’t think any of us are at that point right now,” Paul said. “I think we’ve got to work hard and keep going. I don’t think there’s any reason one of us couldn’t get hot and make it deep, maybe win the tournament. But for us to really be at that level, I think we also have a lot of work to do and we’re all excited to keep working.”

“He got me twice in Slams, so looking for a little revenge there, you know?” Paul said. “He’s been playing unreal, he’s like a top-5 player legitimately. It should be a really fun match. I know his game style. He’s adapted to hard courts recently very well.”

Paul’s mother, who helped teach him the game, will be at the match along with his stepfather, coach Brad Stine, and other members of his team. He also has a lot of friends from junior tennis or who work in the New York area on hand supporting him.

“It’s really nice having everyone come out to all the matches,” he said.

And for his sake, he hopes to keep his run going at the Open so he doesn’t have to be back on the farm piling bales of hay.

Thank you for relying on us to provide the journalism you can trust. Please consider supporting us with a subscription.

Adam Zagoria is a freelance reporter who covers Seton Hall and NJ college basketball for NJ Advance Media. You may follow him on Twitter @AdamZagoria and check out his website at ZAGSBLOG.com.