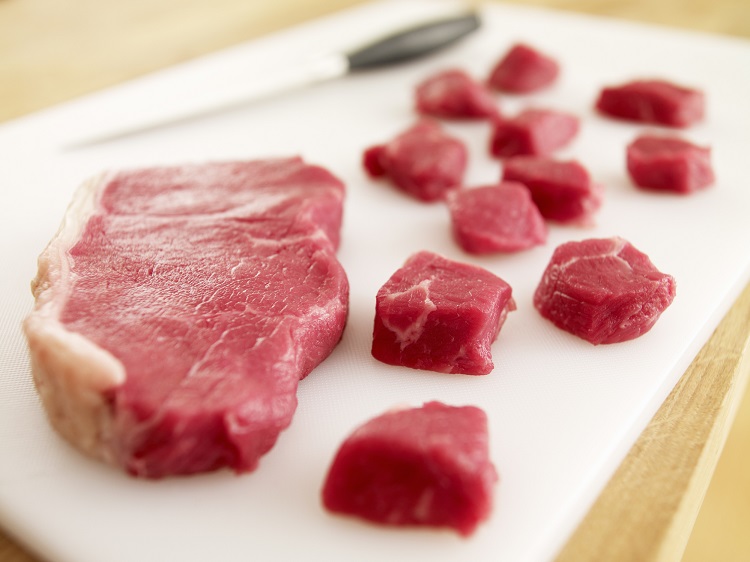 In 2020, the Global Burden of Disease Study (GBD) 2019 was published in The Lancet​. According to its findings, a ‘substantial’ increase in diet-related burden was observed, which the authors associated with red meat intake.

In the GBD 2017 analysis, 25,000 deaths and 1.3 million disability-adjusted life years (DALYs) were attributed to diets high in red meat. Red meat intake was among the least important of 15 dietary risk factors.

Two years on since GBD 2019 was published, a team of international researchers are questioning these findings, citing ‘serious concerns’ about the most recent GBD systematic analysis of risk factors

A 36-fold increase in estimated deaths​

For red meat, all three sources influence the estimates. However, researchers suggest the new systematic reviews and meta-regressions and the setting of the red meat TMREL to 0g per day appear to be two sources of ‘particular’ importance.

Whereas all previous GBD Risk Factor analyzes used data from published peer-reviewed systematic reviews and meta-analyses (as well as the World Cancer Research Fund criteria for convincing or probably evidence of risk-outcome pairs) to ‘construct the relative risk curves’ and to determine the TMREL for each risk factor, the GBD analysis approached it slightly differently.

The GBD 2019 Risk Factors Collaborators performed or updated their own systematic reviews for each dietary risk and its related outcomes. As explained in the February 2022 article, on the basis of these reviews, the GBD 2019 Risk Factors Collaborators reported ‘sufficient evidence supporting the causal relationship of red meat intake with ischemic heart disease, breast cancer, haemorrhagic stroke, and ischemic stroke’.

These outcomes were then added to previously identified relationships with diabetes and colon cancer.

“These findings of additional causal relationships for red meat are not in agreement with other recently conducted systematic reviews and meta-analyses,” noted the article authors.

According to these researchers, this implies that the 2019 GBD analysis does not adhere to agreed best-practice, which they find ‘deeply concerning’.

Of particular concern is the potential fallout from the GBD 2019 study results. Since publication, GBD 2019 has been cited by 635 documents, including 351 scientific papers and nine policy documents.

The researchers question if the ‘totality’ of nutritional effects of red meat were considered in the study’s meta-regressions. “If the TMREL is assumed to be zero, red meat would then de facto be presented as an inherently harmful food,” they wrote. “This assumption would ignore the well documented nutritional benefits with respect to the supply of essential nutrients and bioactive components.”​

If public health messaging leans on the GBD 2019 study to inform policies, this could also prove problematic. If governments advise that intake of red meat is harmful, for example, the researchers are worried some children could suffer from iron deficiency anemia or sarcopenia. These conditions, they stressed, are already responsible for ‘considerably’ greater global disease burdens than a diet high in red meat, particularly in low- and middle-income countries.

GBD 2019 risk factor data was ‘extensively’ quoted in the evidence document of the UK’s National Food Strategy, which the researchers noted is of ‘great concern’.

The researchers are calling for action. “Given the substantial influence of GBD reports on worldwide nutritional policy decision making, it is of considerable importance that the GBD estimates are subject to critical scrutiny and that they continue to be rigorously and transparently evidence-based.”​

Specifically, the article authors want the GBD 2019 Risk Factors Collaborators to clarify details on their study, including a justification for the update dose-response curves of the relative risks of red meat for a number of health risks. They have also requested ’empirical evidence’ for the changing of the red meat TMREL from 22.5g per day to 0g per day.

“Finally, the GBD 2019 Risk Factors Collaborators should clarify if the additional deaths and DALYs from iron deficiency anemia, sarcopenia, and child and maternal malnutrition that would result from the imposition of a red meat TMREL of zero have been included in the GBD 2019 estimates .​

The World Cancer Research Fund (WCRF) International back the researchers’ call for further clarifications and justifications on the TMREL of zero.

“Not only does the increase in the estimated burden appear implausible, but the lack of transparency in the assumptions underlying the calculations undermines the authority of the GBD estimates.”​

WCRF continued: “When the assumptions used within a study are not clearly stated and explained, the results become questionable, and replication difficult.​

“Estimates of preventability are exquisitely dependent on their underlying assumptions – as outlined by discussions surrounding population attributable fraction methodologies.”​

WCRF International claims to have been at the ‘forefront’ of exploring the relationships between diet, nutrition, physical activity, and cancer for more than two decades.

So, according to the non-profit, does red meat consumption cause cancer? According to its review of the evidence related to unprocessed red meat, WCRF concludes that red and processed meat are ​causal contributors to the development of colorectal cancer.

“Nevertheless, neither WCRF nor other international organizations recommend complete avoidance of meat. In many diets worldwide, red meat is an important source of several nutrients,” ​the noted in an article published in The Lancet last month.

“Removing meat from such diets is impractical and unrealistic and carries a risk of nutritional deficiency judged to outweigh future cancer risk.​

“The absence of an explicit rationale for the assumptions underlying the GBD estimates is troublesome, unsupported by the evidence, and unrealistic.”​