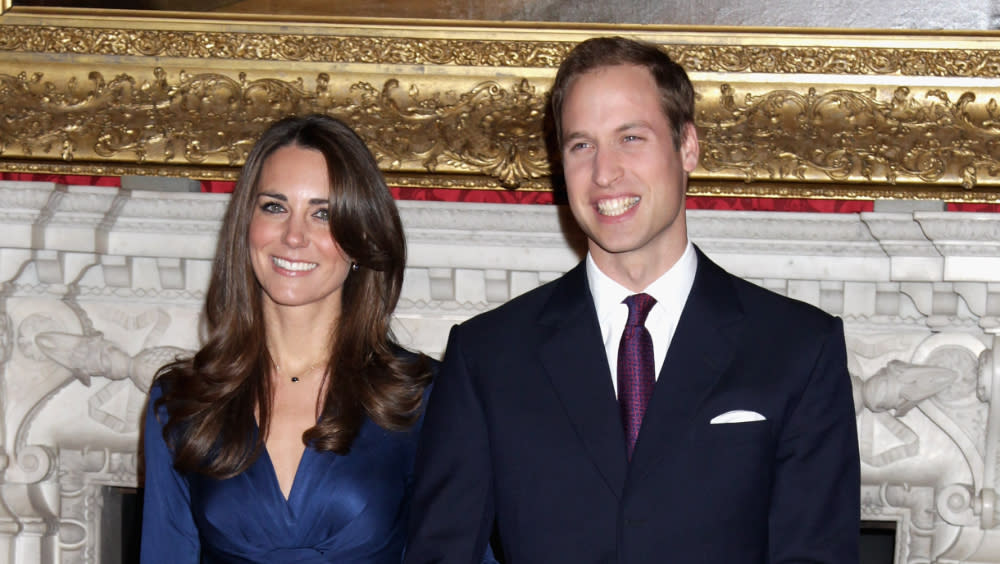 The makers of hits Netflix series “The Crown” have revealed who is set to play Prince William and Kate Middleton in Season 6.

It will also feature West’s son Senan West as a young Prince William (aged around 11). Teddy Hawley and Will Powell will both play a young Prince Harry at different ages.

While the producers remain as tight-lipped as ever regarding which moments of the British royals’ lives they plan to re-visit during the show, the casting suggests that Season 5 will focus on the 1990s, including events leading-up to and possibly following Diana’s death in 1997.

Ass Variety revealed last yearDiana’s boyfriend Dodi Al-Fayed, who died alongside her in the Paris crash, will be portrayed on the show by “The Kite Runner” star Khalid Abdalla while his father, former department store owner Mohamed Al-Fayed, will be played by Salim Daw (“Oslo”).

Given Kate’s on-screen debut and the casting of 16-year-old Kampa as a younger version of William all signs point to Season 6, which is set to go into production this fall, focusing on the late 1990s and early 2000s. Prince William was 15 in August 1997, when his mother died.

He took a gap year before enrolling at St Andrew’s University in Scotland in 2001, where he met fellow pupil Kate. They went on to date for 10 years before eventually tying the knot in 2011.

The 1990s and early 2000s continued to be a tumultuous time for the royals. The family’s popularity plummeted to its lowest ebb ever following Diana’s death and was rocked by numerous scandals. Princes William and Harry became known for stumbling out of nightclubs in the early hours of the morning, often surrounded by glamorous posh blondes; Prince Andrew was in the throes of his friendship with convicted pedophile Jeffrey Epstein allegedly abused his accuser Virginia Guiffre multiple times; Prince Charles was attempting to rehabilitate his image while simultaneously integrating his former mistress, Camilla Parker-Bowles, into public life and conspiracy theories about Diana’s death raged, with fringe obsessives even claiming Prince Philip was responsible.

There were also numerous legal tangles following Diana’s demise, including a high-profile criminal trial involving her former butler, Paul Burrell, after he was arrested for allegedly stealing hundreds of items belonging to the princess. The case was only halted at the very last minute after the Queen had a remarkable “recollection” she had given him permission to take the items after all. The recollection conveniently meant that the trial collapsed and members of the royal family were able to avoid having to testify in front of what was sure to have been a media circus.

Either way, there will be plenty of material for Kampa, McVey and Bellamy to sink their teeth into.

Kampa has extensive stage experience, having played the lead in “Sue Townsend’s ‘The Secret Diary of Adrian Mole 13 & 3/4s’ The Musical” on the West End as well as taking on roles in the Waterloo East Theater and Wycombe Swan, among others. He is set to join Tring Park School for Performing Arts — which counts Star Wars’ Daisy Ridley and Dame Julie Andrews among its alumni — in September.

McVey graduated from Drama Center London last year after completing a four-year training program. He has appeared on stage at The Old Vic and at Hammersmith Riverside Studios.

Bellamy is a complete newcomer, although she has done some amateur dramatics and film-making, with the high-profile series marking her professional debut.

Kampa and Bellamy were both selected after submitting the following audition tapes a social media casting call. “The Crown” will mark the trio’s professional screen debut.

It will also no doubt make stars out of all three. Emma Corrin, who is next set to appear alongside Harry Styles in the upcoming feature “My Policeman,” was thrust into the public eye after she was plucked out of relative obscurity to play a young Princess Diana in Season 4. At the time she only had a handful of on-screen credits to her name.

Similarly Josh O’Connor, who played Prince Charles in Seasons 3 and 4, also became a household name and went on to win an Emmy for lead actor in a drama series for his performance.

The series changes its cast every two seasons to portray the royals in different decades.