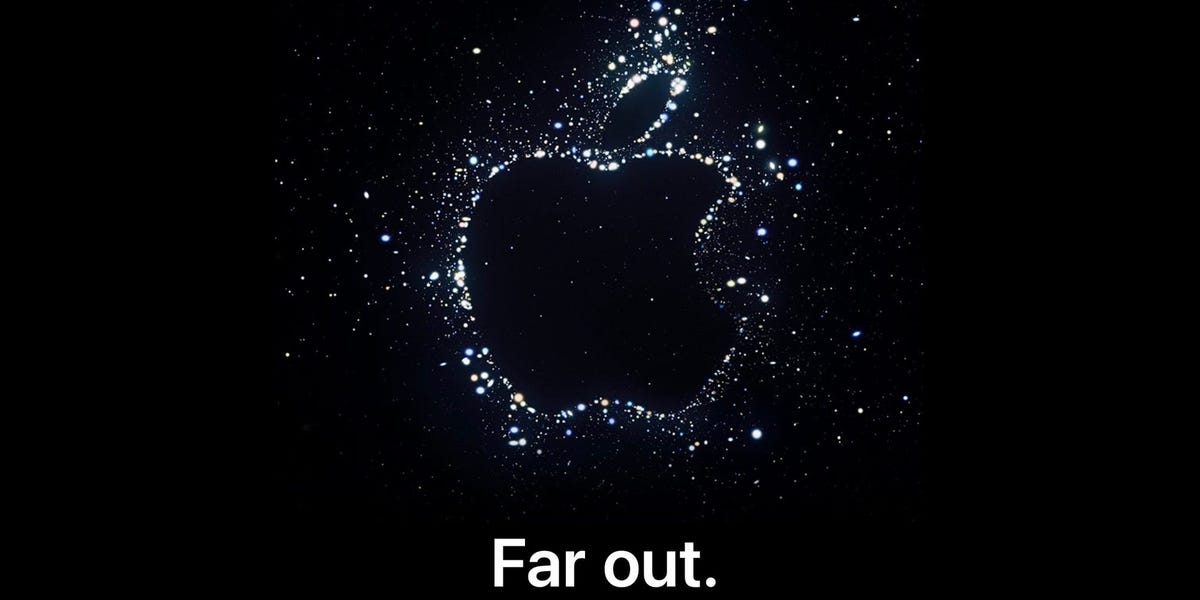 Every year, Apple holds a big event near the beginning of Fall to announce that year’s new iPhones, and a suite of other new products. This year, Apple is holding a Fall conference earlier than ever, and when it comes to product announcements, it looks like it could be jam packed.

Ahead of the Apple conference, branded “Far Out,” we’ve put together a roundup of everything that Apple is expected to reveal this year. Here’s what to keep on the lookout for this year.

This year’s Apple event will take place on Wednesday, September 7, starting at 1 PM EST or 10 AM PST. It’ll be broadcast live on the official Apple websiteand will feature in-depth looks at every new product the company is shipping this year.

The standard iPhone 14 probably isn’t receiving very many updates this year. It’ll probably still have a 6.1-inch screen size, and will probably still use the same (albeit still speedy) A15 Bionic chip that the iPhone 13 had. It’ll likely only have two cameras on the back still, but analysts think that the front-facing selfie camera will see some upgrades.

Apple is expected to introduce a larger iPhone 14 that will be almost the same in terms of specs, but has a bigger 6.7-inch screen. Unconfirmed reports say Apple plans to call it the iPhone 14 Plus. This would be the first time Apple offers a “budget” large-screen option.

The iPhone 14 Pro and Pro Max models are where the real changes look like they’ll start showing up. And the biggest of these potential changes is at the top of their 6.7-inch screens.

The notch — the large black indent at the top of the iPhone’s screen that houses the selfie camera and speaker — is reportedly going away. Apple is expected to replace the notch with a “wide pill shaped cutout,” meaning that the camera and speaker will just be on the screen without any black space surrounding them.

Both the Pro and Pro Max are also expected to have newer internal chips. The A16 Bionic chips are more powerful than their A15 predecessors, making these the fastest iPhones yet.

The upgraded selfie camera that we mentioned earlier is likely coming to the Pro and Pro Max too, along with 48-megapixel rear cameras that can record video in 8K quality.

Finally, Apple is expected to take a page out of Google’s book and give the Pro and Pro Max “always-on” displays. This lets your iPhone continue to show some information — the time, for example — even when the iPhone is locked and the screen is off.

All these upgrades sound great, but the downside is that they’re likely leading to price hikes for every version of the iPhone 14. Highly trusted Apple analyst Ming-Chi Kuo says that the iPhone 14 series will be about 15% more expensive than the iPhone 13 series, with the standard iPhone 14 starting at around $1000.

Notice something missing? The iPhone mini series, which includes the iPhone 12 mini and iPhone 13 mini, is gone this year. If you’re looking for a smaller iPhone, you’re stuck with the iPhone SE.

This is in addition to all the new features coming in iOS 16 — some of which we’ve already covered.

We could see three new Apple Watches, including one made for athletes

Alongside the iPhones, we’re expecting to see some new Apple Watches.

The most likely of these is the Apple Watch Series 8. The latest in Apple’s long line of fitness bands, the Series 8 is expected to come with an upgraded S8 internal chip. This will let the Watch run faster, and make its biometric features — heart rate tracking, blood oxygen levels, etc. — more accurate. It might also come with a temperature sensor that can tell you if you have a fever.

A new version of the Apple Watch SE could replace the Series 3 as the Watch’s budget option. It would likely sport the same S8 chip as the Series 8, but there’s no word yet on whether it’ll add the regular Watch’s blood oxygen or ECG features.

The biggest question is whether we’ll see the rumored debut of the Apple Watch Proa new model made for athletes. Bloomberg reporter Mark Gurman predicts that it’ll come with a large “shatter-resistant” display and metal case, making it rough-and-tumble ready. But these extras might also raise the price to around $900.

A potential long-awaited update to the AirPods Pro

It’s been nearly three years since Apple released the high-end AirPods Pro, and we haven’t heard anything from them since about a new version.

Thigh Ming-Chi Kuo believes that Apple will debut the AirPods Pro 2 this year. The September conference seems like a good time for it, although we could see it announced in October. While details are scarce, they’ll surely come with better audio quality and a more stable Bluetooth connection — and probably a higher price.

Although 2022 is more than half over already, Apple’s September event likely won’t be the last we hear from them this year.

In October, Apple is expected to release the new versions of iPadOS and macOS. They might also be accompanied by a new M2 iPad Proa new standard iPad model with an upgraded A14 chipand three new Mac models: And Mac miniAnd Mac Proand a MacBook Pro.

There are some other rumors too. Notably, Mark Gurman has spent the last few months reporting that Apple is making steady progress on its mixed reality headset. There’s no guarantee that it’ll debut this year (or ever), but it’s in the works. For what it’s worth, Ming-Chi Kuo says it’ll release in January 2023.

William Antonelli (he/she/they) is a writer, editor, and organizer based in New York City. As a founding member of the Reference team, he helped grow Tech Reference (now part of Insider Reviews) from humble beginnings into a juggernaut that attracts over 20 million visits a month.
Outside of Insider, his writing has appeared in publications like Polygon, The Outline, Kotaku, and more. He’s also a go-to source for tech analysis on channels like Newsy, Cheddar, and NewsNation.
You can find him on Twitter @DubsRewatcheror reach him by email at wantonelli@insider.com.