Watch Wesley Fofana marshalling a back line and it is easy to assume he is unflappable, a youngster who has taken every challenge flung at him over his fledgling career in his stride. Those who have coached him would argue that he is rarely anything but cool, calm and collected.

Yet retreat a little over three years to the half-time break in his first-team debut and this was a player overwhelmed by self-doubt. A rookie fresh out of the under-19s who momentarily wondered whether it was all coming at him too fast, too soon.

The scene was Stade Geoffroy-Guichard as Saint-Etienne, through whose youth ranks Fofana had risen, welcomed Nice for their penultimate match of the 2018-19 Ligue 1 campaign.

The teenager was flung into the fray midway through the opening period for the stricken Pierre-Yves Polomat and, filling in as an emergency full-back, was still adjusting to the pace of the game when his team claimed the lead five minutes after his introduction . Much afterwards was still a blur Allan Saint-Maximin led the visitors’ attempts to unsettle the substitute, but the slender advantage remained just about intact as the half-time whistle shrilled.

The head coach, Jean-Louis Gasset, and his players filed back to the home dressing room relatively content with their lot, only for Fofana to sprint past them and make a beeline for the toilets.

“I was sick everywhere… it was gross, gross, gross,” the defender later revealed, for all that he had somehow kept his retching quiet from his manager and teammates at the time. “I was so scared. I was so stressed. When we went back out (for the second half) I heard the Nice coach telling his players, ‘Everything goes down his side, OK?’. I was so frightened of what might happen…

“But, in that second half, I played well. I grew into it. Maybe it was all down to being sick.”

That incident served as a rite of passage for the young defender. The toilet cubicle may have suffered, but he emerged stronger from that unsettling first 25 minutes out on the turf.

Yet, for all the calm persona he has delivered on-field ever since, the notion that the centre-half might occasionally be unsettled by circumstances should perhaps not really be surprising. This is a player whose status has risen from youth teamer at Saint-Etienne to £30million Premier League player and, now, a £69.5million ($87m) defender preparing for life in the Champions League with only one full season of uninterrupted senior football under his belt. Even that, back in 2020-21, was spent across stints at two clubs while games were being played behind closed doors.

The loss of seven months in rehabilitation from a fractured fibula, dislocated ankle and associated medial knee ligament damage, all inflicted in a tackle by Villarreal’s Fernando Nino in a pre-season friendly a little over a year ago, has warped how the outside world measures his progress. He feels as if he has been on the scene for some time. But the reality is Fofana, at 21 and already one of the most expensive defenders the world has ever seen, has only 57 league appearances to his name. His rise has been conducted at a breakneck pace. Chelsea flew Fofana to the United States to undergo his medical over the weekend.

The Athletic profiled Fofana while he was making his mark at Leicestercharting his background in Vitrolles, just north of Marseille, where he was brought up by his mother and grandparents, through the local junior clubs Youth Sports Pennes-Mirabeau and Bel Air.

He retreated through the side from wannabe striker, intent upon emulating his hero Didier Drogba, to centre-half. Bel Air’s technical director, Kaisse Hannachi, always believed he would end up in defense and urged him instead to learn from Kurt Zoumaa young talent emerging at Saint-Etienne at the time who would make his own switch to Chelsea in 2014. His coach, Anthony Loupy, described Fofana as “our very own Basile Boli, scoring important goals from set pieces and a real warrior in the tackles”.

The young Marseille fan, forever masking niggling injuries from his youth-team coaches in his eagerness to play, was courted by plenty of clubs but ended up joining the academy at Saint-Etienne, a team with the reputation for bringing through youth, at the age of 15.

He was used on occasion in central midfield in the junior teams, offering him another opportunity to view the game from a different perspective. “But the first time I saw him, he played in central defense in the under-17s and partnered William Saliba,” recalled David Wantier, Saint-Etienne’s former head of recruitment. “It was against Besancon on synthetic ground at the training center and we won 9-0. I thought to myself, ‘Who is this guy?’. He was so fast with a great leap and he was hard in the tackle with his opponent. He looked a real prospect.”

Saliba, who was more physically imposing than his defensive partner, graduated earlier into the senior setup at the French club before being signed by Arsenal — and loaned back — in the summer of 2019. Fofana, wirier in frame, only really established himself in the side in the autumn after his debut as he embarked on an impressive run of games from mid-October, though the skills mentioned by Wantier have consistently marked him out in the years since.

“Wesley has always been calm and has great physical qualities,” said Loic Perrin, a mainstay of the Saint-Etienne defense over a 17-year stint at his hometown club, and a teammate of Fofana’s in those early days. “He is very tall but thin, quick, fast over the first few meters and excellent in aerial duels. He is the complete player.” Perrin envisaged the younger man representing the senior France team even after glimpsing his qualities in those early outings in Ligue 1.

RB Salzburg attempted to prize him from Saint-Etienne early on, but were quickly priced out of the market. Leicester’s French scout alerted Lee Congerton, the club’s head of senior recruitment at the time, of the youngster’s abilities and conducted extensive background checks. Congerton, now at Atalanta, was quickly convinced and pushed to secure the signing, knowing full well that persuading the hierarchy to sanction the second-highest outlay in the club’s history on a teenager who had made fewer than 30 first-team appearances in France was never likely to be easy.

Fofana’s performance against Paris Saint-Germain’s Neymar and, for 33 minutes, Kylian Mbappe in the French Cup final in the summer of 2020 — Saint-Etienne lost 1-0 — went some way to convincing Leicester’s owners that he might still represent value for money.

Yet the move was still not straightforward. The player has always been prepared to take bold decisions if he perceives they will improve his career and, having started the season in the team at Saint-Etienne, he agitated for the switch to England in October 2020.

The parallels are obvious with the events of this summer. 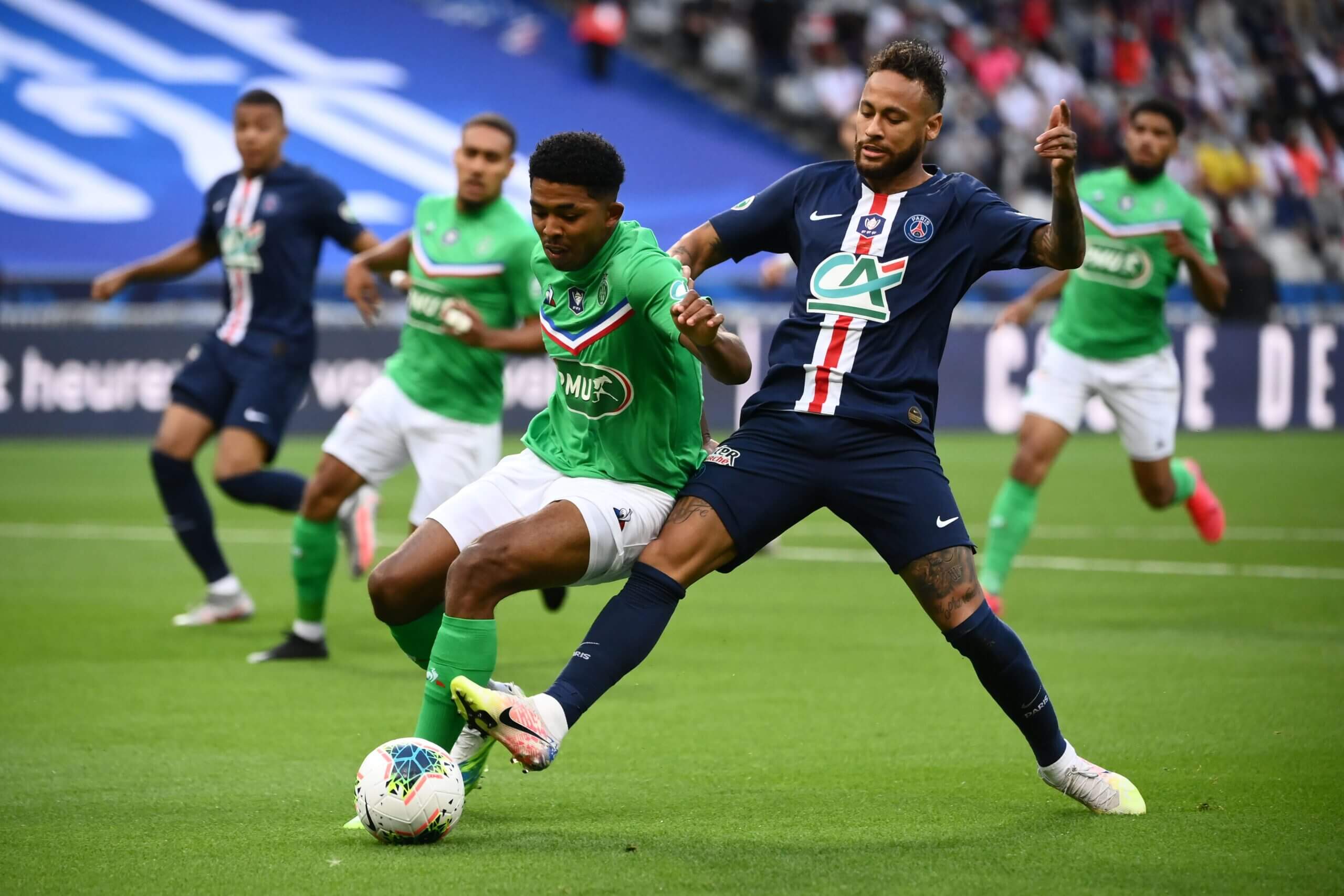 The French club’s coach at the time, Claude Puel, described the youngster as “a monster” of a player and the “cornerstone” of his team and pushed to retain him. He told him there was no way the club would countenance his sale. “But when the money is there, you have to take it,” Fofana told l’Equipe a few weeks before the transfer was eventually settled. “It would be even crazier to say no.

“Where I come from, the northern suburbs of Marseille and with a family that is not well off, it is not possible. I would be crazy to say no to Leicester. This contract could change my life. I need to protect my family by keeping them safe. If I stay and don’t have a quality season, we will all have regrets. And it will be too late. Who can guarantee that I will be worth €40 million or €50 million?

“Who has been sold at such a price when they haven’t played in the Champions League or isn’t a full international? Nobody. All the clubs are affected by the health crisis. On top of that, in one year, it will be almost impossible for me to go to England because of Brexit.”

Saint-Etienne still resisted until, with the revised transfer deadline approaching, Fofana’s focus became blurred. He admitted that he had been rather distant in training. “(Puel) saw that I was no longer really there, that I was thinking about being somewhere where I could see myself being better,” he said.

Contemplating life with an unsettled and disillusioned player, the club eventually yielded and the move was sanctioned. History has rather repeated itself two years on.

The divorce from Leicester has been equally acrimonious, but Chelsea have bought a player who, across 36 Premier League starts for Brendan Rodgers’ side, has showcased his on-field maturity and defensive ability. He may not be a domineering physical presence, but his spring has allowed him to prosper aerially and he is quick enough to cope with more slippery opponents. His abilities on the ball are assured and his reading of the game is beyond his years. There is an intensity to his game. 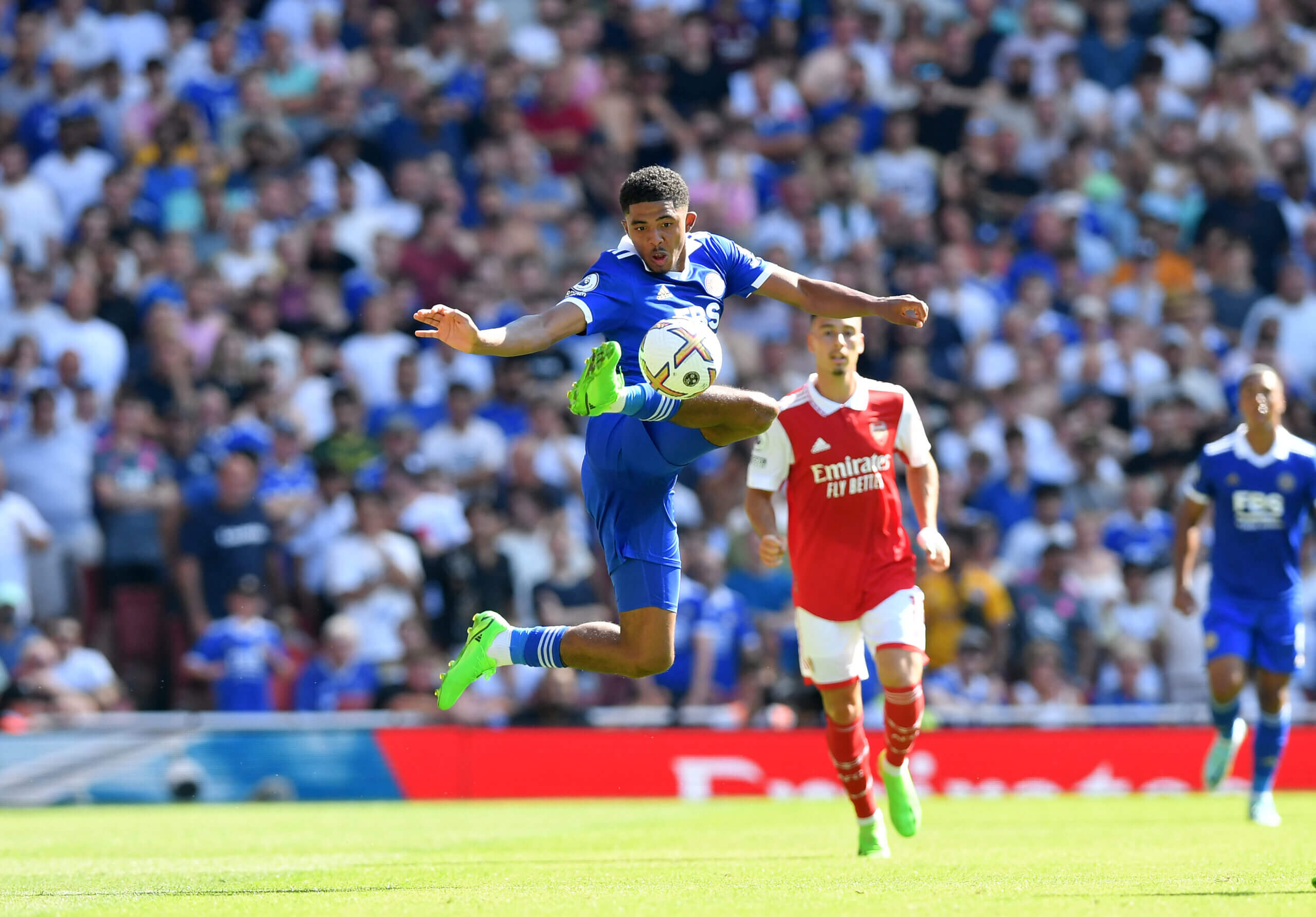 “Sometimes you still forget how young he is,” said his teammate Johnny Evans during that first season at the club. “He has real athleticism and maturity about him.

“From early on with us, you could tell he was going to be a top-class player. He’s got all the attributes: he’s comfortable on the ball, aggressive in his defending one-on-one. He’s confident and seems sure of himself. He won’t be one to hide. He’ll take every challenge on. It looks like he really enjoys that, and you can see that by the aggression he shows out on the pitch.”

Rodgers has described him as “streetwise” and never had any qualms about his ability to adjust to the pace and physicality of the game in England. He settled quickly off the pitch, too, mixing initially with Leicester’s French-speaking contingent. Visits from a cousin, who lives in London, helped him adjust. The presence of Kolo Toure, the former Arsenal and Ivory Coast centre-half, on Rodgers’ coaching staff was a similar source of reassurance.

Before that tackle from Nino, he was earmarked for inclusion in Didier Deschamps’ France squad. The seven-month hiatus was untimely and set him back, but he still hopes to push through the considerable competition — including Saliba — to graduate to the senior squad for the World Cup in two and a half months. That may seem fairly ambitious, but the national setup noted how he eased his way back in impressively over the last two months of last season, scoring on his return in a Europa Conference League defeat at Rennes, and had picked up rhythm with regular game time .

React to this man’s return with a gif 😜 pic.twitter.com/ZiujvHTgaK

He excelled for the under-21s in a fixture against Serbia in the summer and would subsequently have been called up to the senior setup for the first time as a replacement for the injured Raphael Varane had his wedding not clashed with France’s Nations League game against Austria in Vienna.

Instead, Deschamps took him to one side at the squad’s training base at Clairefontaine, reassuring the defender that he remains very much in his thinking. Fofana will believe that, if he impresses at his new club, a place in Qatar is not yet out of the question.

Leicester, justifiably, will be infuriated by the timing of his departure, not least having handed him a new long-term contract during his rehabilitation from the injury. They benefited from his presence for only 12 games in all competitions after pen was put to paper on that extension. For Chelsea, there will simply be a feeling of relief to have secured a player of real, established quality as well as clear further potential.

His young legs will be welcome in the back line. One suspects he will take to life in the Champions League as smoothly as he did the Premier League. There should be no repeat of that madcap dash to a cubicle from his teenage days.