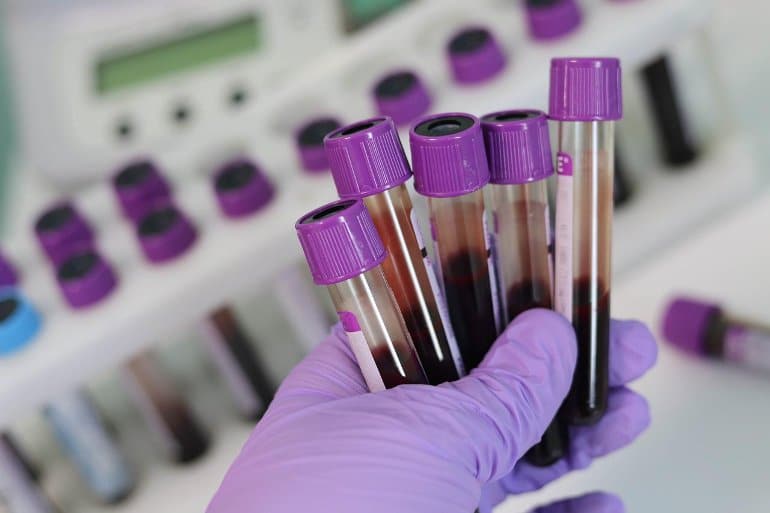 Summary: People who have the blood type A are more likely to suffer a stroke before the age of 60 than those with the most common blood type O, a new study reports.

A person’s blood type may be linked to their risk of having an early stroke, according to a new meta-analysis led by University of Maryland School of Medicine (UMSOM) researchers.

Findings were published today in the journal Neurology.

The meta-analysis included all available data from genetic studies focusing on ischemic strokes, which are caused by a blockage of blood flow to the brain, occurring in younger adults under the age of 60.

“The number of people with early strokes is rising. These people are more likely to die from the life-threatening event, and survivors potentially face decades with disability. Despite this, there is little research on the causes of early strokes,” said study co-principal investigator Steven J. Kittner, MD, MPH, Professor of Neurology at UMSOM and a neurologist with the University of Maryland Medical Center.

He and his colleagues conducted the study by performing a meta-analysis of 48 studies on genetics and ischemic stroke that included 17,000 stroke patients and nearly 600,000 healthy controls who had never experienced a stroke.

They then looked across all collected chromosomes to identify genetic variants associated with a stroke and found a link between early-onset stroke – occurring before age 60 – and the area of ​​the chromosome that includes the gene that determines whether a blood type is A, AB , B, or O.

“Our meta-analysis looked at people’s genetic profiles and found associations between blood type and risk of early-onset stroke. The association of blood type with later-onset stroke was much weaker than what we found with early stroke,” said study co-principal investigator Braxton D. Mitchell, PhD, MPH, Professor of Medicine at UMSOM.

The researchers emphasized that the increased risk was very modest and that those with type A blood should not worry about having an early-onset stroke or engage in extra screening or medical testing based on this finding.

“We still don’t know why blood type A would confer a higher risk, but it likely has something to do with blood-clotting factors like platelets and cells that line the blood vessels as well as other circulating proteins, all of which play a role in the development of blood clots,” said Dr. Kittner.

Previous studies suggest that those with an A blood type have a slightly higher risk of developing blood clots in the legs known as deep vein thrombosis.

“We clearly need more follow-up studies to clarify the mechanisms of increased stroke risk,” he added.

A limitation of the study was the relative lack of diversity among participants. The data was derived from the Early Onset Stroke Consortium, a collaboration of 48 different studies across North America, Europe, Japan, Pakistan, and Australia. About 35 percent of the participants were of non-European ancestry.

“This study raises an important question that requires a deeper investigation into how our genetically predetermined blood type may play a role in early stroke risk,” said Mark T. Gladwin, MD, Executive Vice President for Medical Affairs, UM Baltimore, and the John Z. and Akiko K. Bowers Distinguished Professor and Dean, University of Maryland School of Medicine. “It points to the urgent need to find new ways to prevent these potentially devastating events in younger adults.”

Funding: The study was supported by the National Institutes of Health and Department of Veterans Affairs. Researchers from more than 50 institutions worldwide were co-authors on this study.

About this stroke research news

Original Research: The findings will appear in Neurology